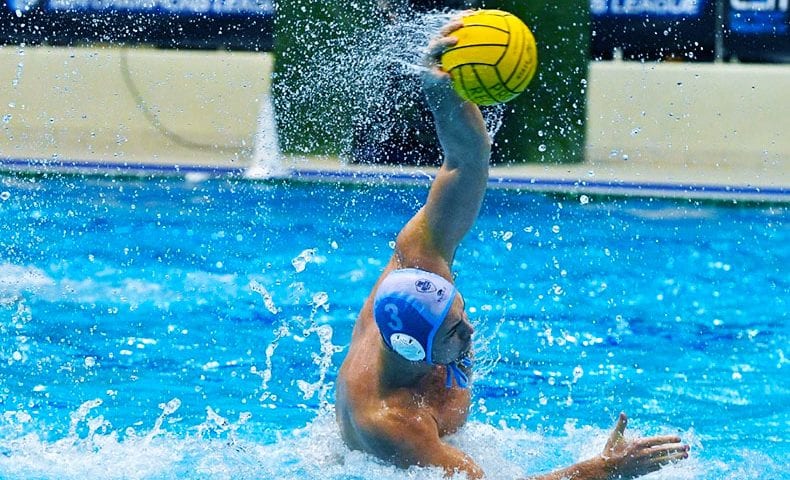 Recco and Jug Dubrovnik are the first teams to technically book their respective spots in the Final Eight already on Day 9. Brescia earned another great win, this time against Barceloneta and moved to the second place in Group A. In the other group all four favorites gained crucial away victories, though with only three berths are on offer (Hannover gets the fourth as the F8 host), here tremendous excitements are in sight in the remaining rounds.

Brescia came up another brilliant display of water polo as they beat Barceloneta soundly and passed the Spaniards to move to the second place. Until 4-4 it was an even encounter but then the Italians netted three straight goals, forcing the rare substitution of their rivals’ goalie Dani Lopez. It didn’t help too much as soon the Italians went 9-4 up and even though Barceloneta pulled two back and had a couple of possessions to come even closer, the evening belonged to Brescia. In the fourth they floored the Spaniards definitely, they scored 14 goals altogether, quite a feat against such a defense which Barceloneta has on its better days.

And Ferencvaros also came closer in the ranks, now only three points separate them from Barceloneta. The Super Cup winners didn’t make any mistake and collected the compulsory three points against Zvezda while the game turned into a scoring festival.

Recco stormed to another big win in Eger where the hosts admittedly were focusing on their domestic matches, rested some of their aces – still, managed to concede one goal less than in Recco (7-16 – it was 7-17 on Day 6). This also means that Recco has become the first team to secure its F8 berth mathematically too.

Steaua fought bravely to erase the bad memories of their big 12-goal loss in Moscow, led 5-3 after the opening eight minutes. But the Russians bounced back and by scoring five goals in the third they went ahead and didn’t let the Romanians back to the match where Dusko Pijetlovic buried 6 for Dynamo.

In Group B the three ‘hunters’ did their respective jobs. Olympiacos offered a flawless performance in Split and downed the Croats by half-time (0-6). Jadran could net three goals in the following period but remained scoreless in the other three quarters so the Greeks left the scene with all three crucial points in their bag.

Just like Szolnok did in Hannover: the 2017 champions seem to reach another level in the new year. After their disastrous start – winning only one game in the first six rounds – they are on the winning track now as they beat Hannover convincingly. The Magyars led 2-6 at halftime and even though the Germans came back to 5-7, Szolnok scored an important goal with 0:03 from time in the third and opened the fourth with another goal and maintained the four-goal gap till the end. This was their third straight victory. Coming next: Olympiacos v Szolnok on Day 10, something extraordinary is in sight.

BPM had to survive some tough moments in Berlin since till late in the third period it was a balanced match. However, after 7-7 the Italians scored twice in 38 seconds, added one more shortly before the last break for 7-10 and never looked back. In fact, after 7-6 they enjoyed a 1-7 run and this win might be a crucial one as they kept their 4-point lead ahead of Olympiacos and Szolnok.

Finally, Jug joined Recco in officially confirming their spot in the Final Eight by winning the Croatian ‘El Clasico’ with ease. Mladost could keep up with its arch-rival until halftime but Jug already started taking control in the second. Indeed, they shut out Mladost for 16:54 minutes and with a 0-4 rush during this period they decided the outcome. 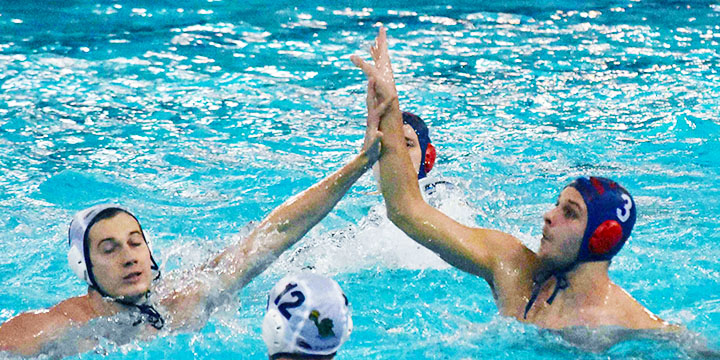