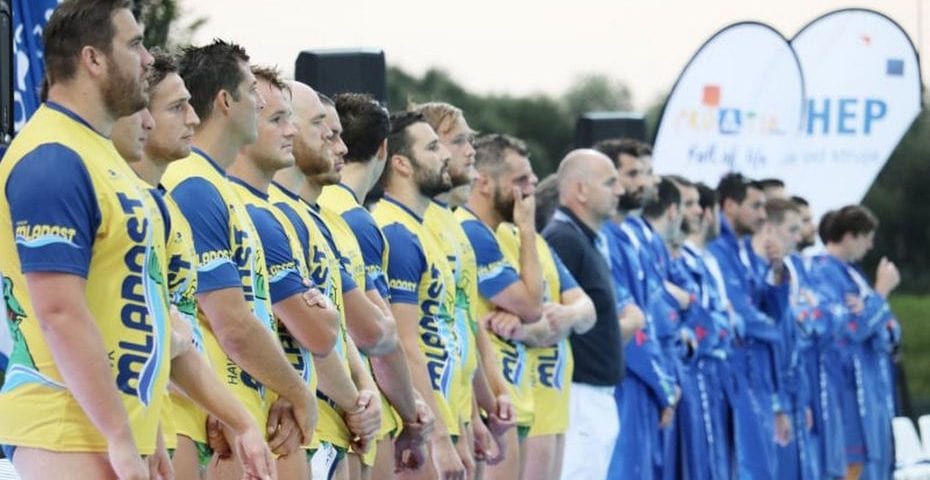 The final series of the Croatian Championship continues today, and it might also be finished today.

Jug will host Mladost in the third match of the best-of-five series (the Gruz pool, at 20:15). The Dubrovnik-based side, the reigning champion, leads 2:0. Jug will lift its 16th trophy of the Croatian champion if beats Mladost today.

Jug has a home-field advantage, while the title-holder also has a psychological advantage after wins in the first two games.

Still, it is very hard to predict the outcome of today’s game and the whole final series. The previous two matches offered a big battle, with a lot of twists and turns. Both games were decided after penalty shootouts. The players of Jug had stronger nerves, they had more concentration and luck in the penalty thrillers. But Mladost wasn’t far from the wins in both games.

So, today, every outcome is possible. If Mladost wins, that won’t be a surprise. Everything is still open.

The coaches of the two teams, Vjekoslav Kobescak (Jug) and Zoran Bajic (Mladost), probably can’t surprise each other with something new in the tactics. The teams know each other very well. After all, today’s match will be the fourth encounter between Jug and Mladost since July 15 (Regional League final and Croatian League final). All of the three previous matches produced excellent water polo, and the fans expect another exciting game.

“Another spectacular match is ahead of us, perhaps the most important in the final series. If we win, we will take the title and finish the season. On the other side, if Mladost defeats us, they will get “wings” and new motives, certainly. Also, Mladost will have a huge psychological advantage in the continuation of the series, if they win today – Vjekoslav Kobescak said.

“A team that is calmer than the rival team and has a bit of luck will come out as the winner. Of course, I believe that will be my team”, Kobescak told.

Goalkeeper Toni Popadic was one of the heroes of the win in the previous match in Zagreb.

“We are close to the title. But the previous two games and the way we won makes us cautious before the third match. We still feel a bitter taste of defeat in the finals of the Regional League. Mladost will not give up. That is for sure. Today’s match will maybe be the hardest game in the series.”

Luka Bukic, the goal-getter of Mladost, said something similar like Kobescak:

“The first two games proved that concentration was one of the crucial factors. We lacked just that. If we had been more concentrated, the score in the series would probably have been different”.

Josip Vrlic, the center-forward of the Croatian national team and Mladost emphasized:

” When you lose two games in a row in that way (after penalty shootout), that must hit you a bit. It’s normal. However, we have to look ahead, forget the past because that is the only way we can win in Dubrovnik. Today, we should not think about the result in the final series Vrlić says.

Besides Popadic, the hero of Jug’s win in Zagreb was Loren Fatovic (5 goals in regular time).

“The last three games have shown that Fatvoic is at an exceptional level, and we know that he is the greatest danger for our defense. We were preparing something for that, and I hope we will be able to stop him a bit” -Vrlic added.

FOLLOW THE LIVE SCORE AND STATISTICS ON OUR PAGE, POWERED BY TOTAL WATERPOLO ARENA: Jug-Mladost, the  final series of the Croatian League

The series of matches for the third place (best-of-three) was finished. Just like in the previous season, Jadran Split clinched the third position. Jadran was better than Solaris Sibenik – 2:1 in the series.

Primorje finished in the 5th place, ahead of Mornar. Galeb was better than POSK in the series for the 7th place and achieved the biggest success in the club’s history

Playoffs for the 3rd place (best-of-three)