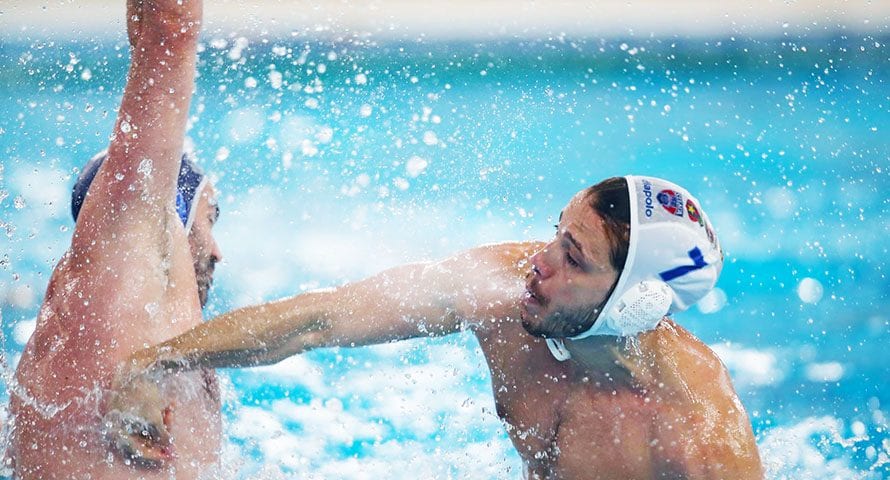 Respective group-leaders Recco (ITA) and Jug (CRO) both enjoy a five-point lead after just six days as they easily maintained their clean sheets. Barceloneta (ESP) and Brescia (ITA) played a thrilling draw while Szolnok’s home game also ended in a tie against Hannover (GER) and that means that the 2017 champions are facing a tough challenge to make the cut for the Final Eight.

In Group A, Recco showed no mercy to Eger, led 9-1 already at halftime and staged a power demonstration as they earned a 10-goal win.

The big match between Barceloneta and Brescia offered the usual thriller. The Italians are the nemesis of the Spaniards, they beat them twice last season and with a 0-2 opening period, they set themselves to cause another upset. The hosts came back in the second, though, and managed to gain a 6-5 lead after three periods. However, Brescia was up to the task and went ahead twice in the last period but Barceloneta could save the game to a draw this time, what’s more, had a man-up lately to win the game but wasted the ball before setting up any play in the 6 on 5.

Super Cup winner Ferencvaros rolled on, after a slow start they found the necessary gears to leave Crvena Zvezda behind. This group already saw the top four sides leaving the others behind, the Friday match of Dynamo and Steaua offers the winner a very last chance to keep up with the others.

In Group B the grand Croatian derby brought the usual big fight but Jug Dubrovnik began to dominate towards the end. Mladost managed to keep up for a while, after a balanced first half they came back to 10-9 with 0:03 to go in the third but the home side widened the gap in the fourth quickly and there was no way back to their arch-rivals.

Both title-holder Olympiacos (GRE) and BPM Busto (ITA) did a clean job while keeping all three points at home. The Italians had some minor headaches as Spandau came back to 6-5 but they responded well then with a double to settle the battle.

On the contrary, Szolnok is getting into trouble as the 2017 champions could only draw with bottom-ranked Hannover at home. Deep into the third period, the Hungarians were 4-6 down and the Germans had a man-up but missed it. Next came a great 4-0 rush from Szolnok and the home side seemed to have the game in hand at 8-6 but was unable to hold on as Hannover climbed back and equalized with 33 seconds from time. This was Szolnok’s third tie in a row and now fell five points behind third-ranked Olympiacos. Here Hannover has a guaranteed berth as the F8 host – according to the current landscape only the top three will go through by their own right.