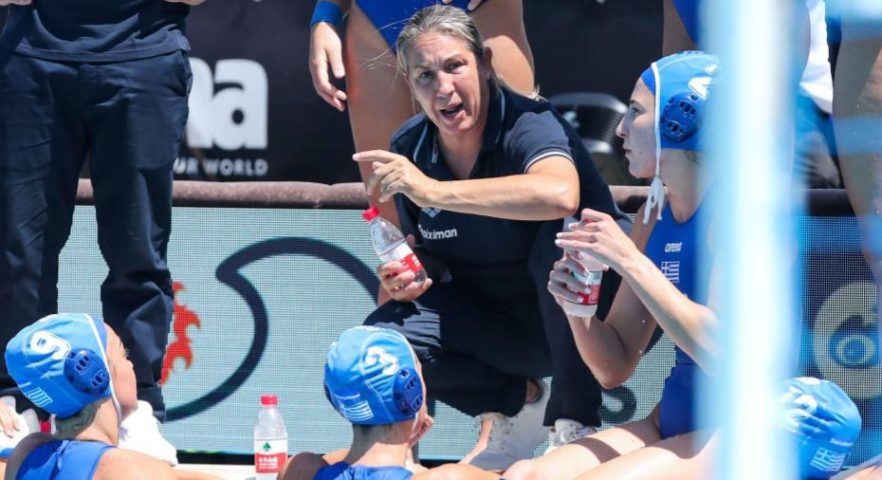 Greece have been regular attendees at the European Championships, competing in all but two of the tournaments since 1985. But despite being a regular feature at the Euros, they have, perhaps surprisingly, never won a gold medal.

The Greeks have reached the final three times in the last six tournaments, losing on all of those occasions (2010, 2012 and 2018). It will be a tough ask for them to rectify that discomforting record in Split.

But while Greece will not be the immediate favourites for the title in Split, Alexia Kammenou, the Greek head coach, has every reason to be optimistic about the future of her national team:

“We have a young and talented team. Step by step and game by game, we will try our best, and I believe we have a good opportunity to be in the top 4 teams. The ambition and target of our national team have to be at the top, but this will come only with patience, hard work and confidence that will come through good results. But let’s not forget that the majority of our players need to gain experience in the national team”

Kammenou, a former player and coach of NC Vouliagmeni, thinks that her team has put in a good effort prior to Split:

“The European Championship is a very important tournament for our team. It’s the second big event that we will participate in this year. Compared to the world championships, our team had more time for preparation, so after a long summer we are looking forward to participating in the games.”

And, following Greece’s bronze and silver medals at the U19 European Championships and the U18 World Championships, Kammenou hinted at infusing the team with youth:

“Our junior teams had great results, and some of the players will participate in their first European tournament in Split.”

Margarita Plevritou: Greece has the ability to compete against top teams

“I’m so excited about the upcoming European Championships. I think all the games will be really interesting because the European teams are at their highest level and all the good teams are really close. I can’t wait to start the games.”

Greece have enjoyed an extended period of preparation over the last two months, including a tough set of games at the Sardinia Cup:

“The Sardinia Cup was a really strong tournament with all five good teams in Europe and Israel, which is at a lower level. We wanted to try a lot of things in these games, and we had a close score with all the strong teams . We saw what worked for us, and we will be more prepared for the European Championship.”

Only two of Greece’s last nine appearances in the quarterfinals of the European Championship have ended in victory, something Plevritou identifies as an area of improvement for her team:

“In Budapest, we didn’t play as well as we wanted in the quarter-final against Netherlands. We didn’t have much time for our preparation, and I think that it was very important. We started with a really good performance in our group, especially against Spain, which is one of the best teams in the world for me. We finished first, but in the quarter finals the team was not on a good day.”

Nonetheless, Margarita, now 27, has fond memories of her time on the Greek national team which won a silver medal at the 2018 European Championships.

“The European of 2018 in Barcelona has a bitter and sweet taste. Of course, silver is a really good and respectable result, but we knew we could do better and won the gold . But sport is like this. Throughout the tournament, we had excellent results against all of Europe’s top teams, particularly against Spain in the semi-finals, which was the team that everyone expected to win gold.” 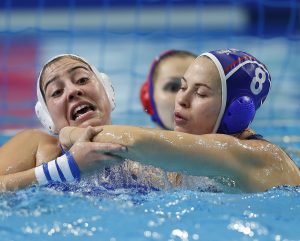 Greek players are often criticised for failing to live up to expectations when representing their country, despite enjoying great success for their clubs. Margarita, a pivotal member of the Olympiacos quadruple winning team, has no concerns about this though:

“The past two years were totally successful with Olympiacos, winning all the trophies in Europe and in Greece. With us winning the Euro League and Ethnikos the LEN Trophy, we have shown everyone that Greek water polo is at a high level, and of course, this helps the national team too. It doesn’t change anything for us. In the national team, we all come from different clubs, and we don’t have any problems with training all together. The national team is different from the clubs. We are all here to represent our country”

But whether it is for club or country, Margarita always relishes playing alongside her two sisters, Eleftheria, 25, and Vasiliki, 24:

“It’s something really special and rare because we are 3 sisters, and you don’t see this often at a high level . It makes me really happy and proud of all the hard work we have done”