Kelsey White: “Water Polo is Growing Rapidly, and we Have to Adapt” 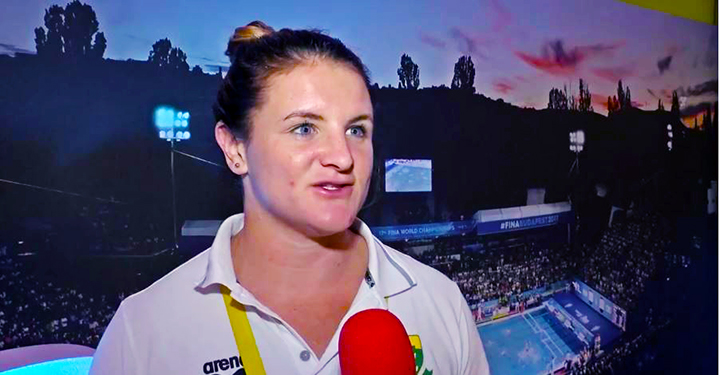 We continue our women water polo interviews with Kelsey White — a successful water polo persona from South Africa. She also represented athletes at the latest FINA Conference in Budapest. Get to know Kelsey and learn more about her water polo career!

Kelsey, let’s start with something about yourself. What are your water polo childhood memories and what was your first contact with the sport?

I started water polo when I was 13 at Rand Park High School. I wasn’t much of a swimmer but I saw a team playing in our school swimming pool and it seemed like a lot of fun and a good team sport to get involved in.

From the first moment I was able to do a bounce shot with the ball, I was hooked. I loved the atmosphere around water polo and how skilled the sport is. For the matches, I liked to play against the older kids to learn more tricks and challenge myself. Motivated by that, I got involved in playing ladies club level from about the age of 15.

The Beginning of Kelsey’s Career 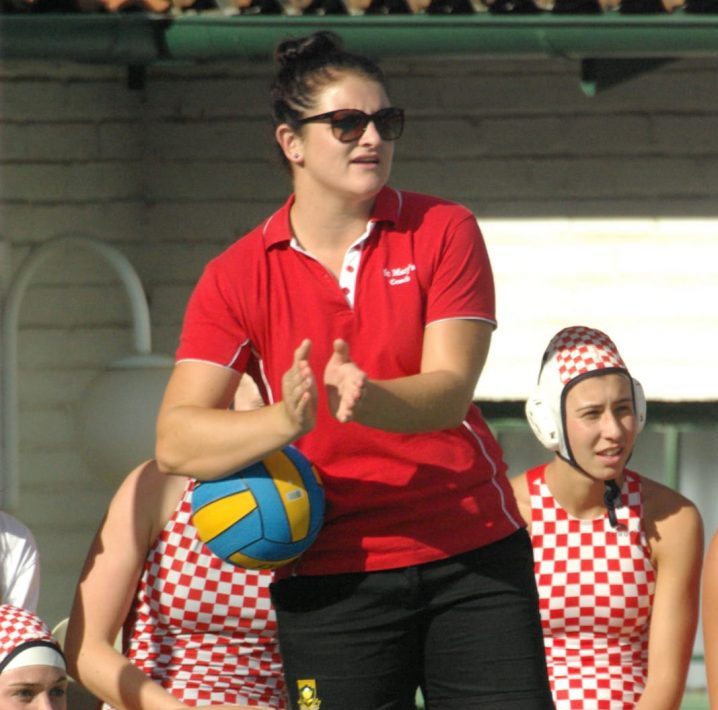 When did you realize that water polo would be more than just a hobby in your life?

When I was 14 I was selected to play for my provincial team in our inter-provincial tournament. It was the first eye-opener to competitive water polo and I realized I wanted to be involved in it as much as possible.

At the time, it was the 2000 Olympics and I was glued to the television —  watching the best of the best playing in the pool.

Apart from your play, who were the coaches with the biggest impact on your career?

In my junior ages, I started training with Stanislav Gospodinov — he was my first official coach who led the junior club I played in. As I progressed to college, Todd Clapper was my next coach. He was the college coach at Arizona State University. Finally, Gareth Samuels, my national team coach, took the lead. 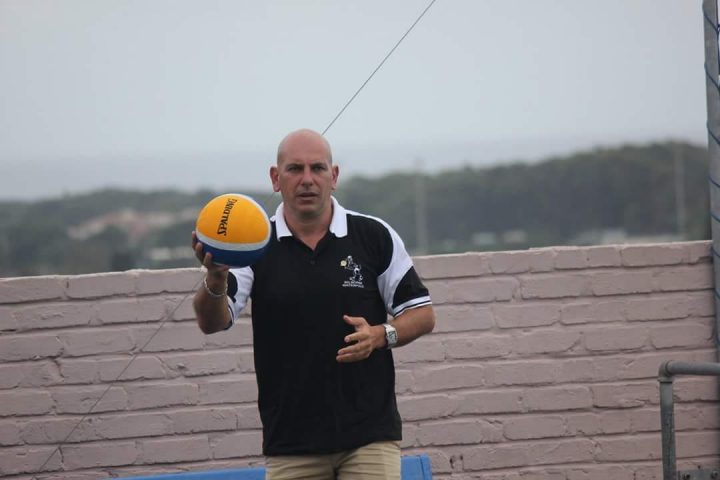 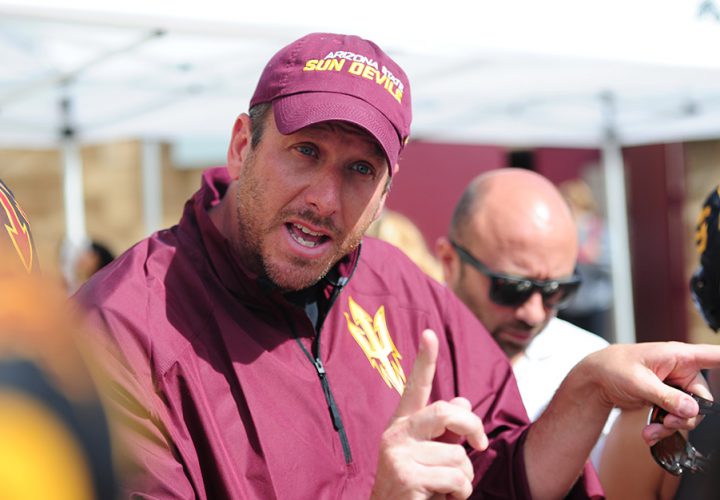 The first who comes to my mind is Kami Craig (USA 5 time Olympian). Her playing inspired me so much that she is the reason I play the #12 cap.

Locally, I admired Megan Schooling and I still do— a South African player who is one year older than me. She played in another province, but now we share the pool as we both play on the national team.

What is the biggest achievement in your career so far?

That’s a tough one because I feel so blessed with all the opportunities water polo has brought to me. However, there are few achievements I would like to point out.

The first major achievement was getting an opportunity to play collegiate water polo for Arizona State University. I played there for four years and captained the team in my senior years.

The next one would definitely be winning EU Nations Water Polo Cup twice. Also, there is captaining the South African team, which meant a lot to me personally and for my career. Last but not least, I got to be the flag bearer at the 2015 Kazan FINA World Championships. 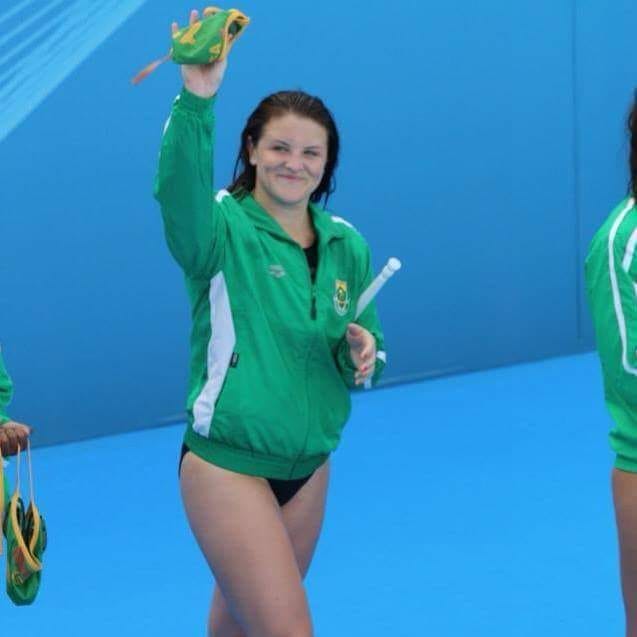 Let’s talk about the matches you played. Which one was the toughest of them all?

I can’t point out a single match, but there are some teams that are always hard to play against.

The Russians are always very tough to play — they have no mercy and are a very tough opponent to beat. Playing Australia and the USA is also very hard because they are strong and skilled. However, we always learn from these games and are able to benefit from playing such strong competitors.

Throughout your career, which defeat hurt the most?

The South Africa vs New Zealand pool match at the 2017 FINA World Championships. It was such an important match for South African Water Polo and the first time we have ever competed against the Kiwis. The match was intense and very closely matched but we sadly lost in the last few minutes.

What about water polo in general? How do you see women’s water polo generally at the moment? What is its position in the world now?

Women’s water polo is growing rapidly and I see it progressing faster than any other female sport. In South Africa, it has grown so much in the past 10 years and there are more and more young girls starting to take part in this amazing sport.

I also think the level of water polo, in general, is progressing quickly. The matches are becoming more fun to watch, especially female games, which are ever faster, more skillful and more exciting by the day.

As you are now playing in South Africa, can you tell us more about the local league? Who are the frontrunners and how is it organized?

Yes, I am still currently playing in South Africa and on the National team. I can tell you more about the league.

Every province/state has their own individual leagues that take place throughout the summer. At the end of the summer, in April time, there is a huge senior inter-provincial tournament called Currie Cup. It is here at the Currie Cup that the best of each province battle it out for the prestigious title.

The tournament is organized by our aquatic federation and the host city every year. At the moment, Western Province is winning the female title and Gauteng men have won the men’s title for the past 10/12 years. 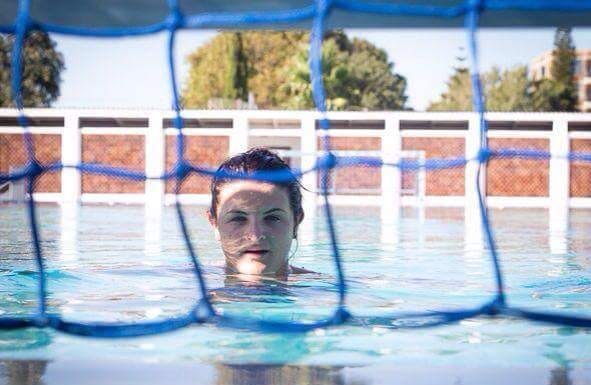 If there are any, what are the differences between South African water polo and the one played in the rest of the world?

We try our best to get as much exposure to the sport, but it is difficult because of our geographical location. The culture of water polo still needs to be properly created.

Our main sports are rugby, cricket, and soccer. More than half the population of South Africa cannot swim, so we need to try and create an exciting and safe atmosphere for everyone to enjoy water sports.

Bringing Water Polo to the Crowds

A good start would be creating some sort of easy way of explaining the rules to the crowds. There is so many information and, if you have not played water polo or have not been involved in it somehow, it becomes frustrating, especially for a spectator, who needs to understand the basic rules and referee calls in order to watch, understand and enjoy.

We need to use social media more. We are living in a world where youth are attracted to more and more visuals. If we expose water polo on various social media platforms, we would be able to make it more exciting, and engaging for the spectators.

You have recently been in Budapest for the FINA World Water Polo Conference representing athletes. What are your thoughts on all of it, especially the part where they were discussing water polo rules?

Personally, I don’t think the rules should be changed. I think we rather need to spread more information about the sport and how to show the athletes are able to do what they do.

It’s good that the rules are overlooked and modified as change is always good. However, if you change the rules too much, water polo becomes a whole new kind of ball game.

How much impact did the athletes have on the proposed rules? Were you and your colleagues around the world asked for the opinion before they proposed the rules in Budapest?

Yes, many of our delegates and federations were asked about the changing of rules. I think by hearing what the athletes have to say is a very important part of this whole process. The game is, after all, played by the athletes and they are the ones that will adapt to any changes made.

Do you think women’s water polo doesn’t have the same treatment as men’s?

No, I feel that women’s water polo has moved up in the international spectrum and that it is growing faster than ever. 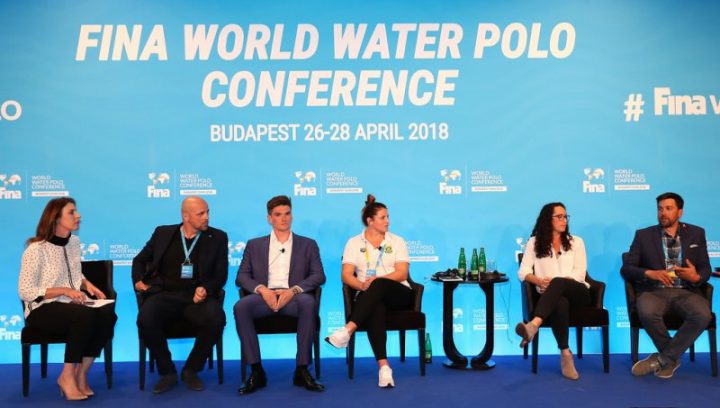 Plans and Motivation for 2018

Water polo is my main focus this year. I want to continue to grow the sport back home in South Africa and hope to gain more exposure to water polo in Africa as a whole.

To motivate the future generations of player, can you name a few reasons why young girls should pick up water polo as a sport?”

Water polo is a fantastic sport for young girls. It brings so many elements of all kinds of sporting codes and takes so much skill to take part. It is physically good for anyone and makes you strong as an athlete. The fast pace of the game enables you to have to make so many decisions, be disciplined and adapt to different challenges.

Also, it is good because young women are encouraged to not have body issues. By playing water polo, this provides a good environment to be comfortable in your own skin. There is also learning to work with other team members. The coaches can help any young girl to mature as an athlete.

We would like to thank Kelsey for this interview and we wish her all the best in her future plans for African water polo. To keep up with water polo news from around the globe, follow us on Twitter and Facebook.