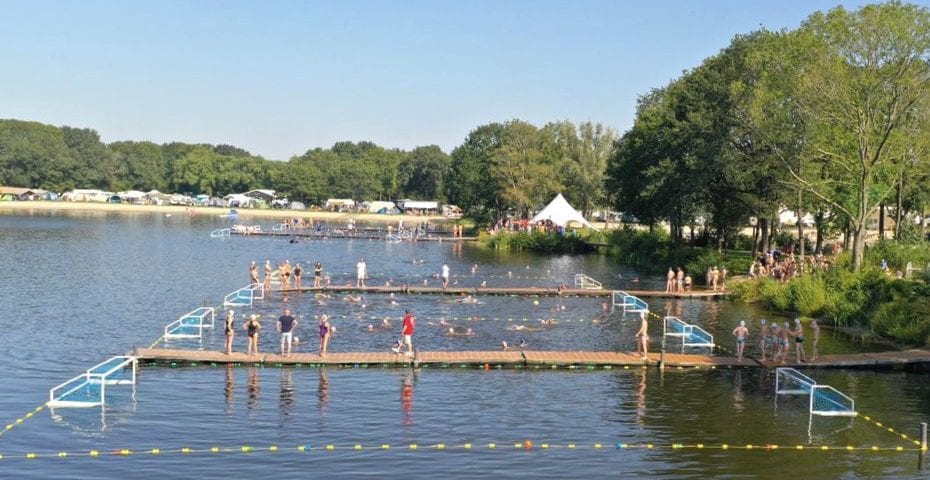 The International ZEPTA Water Polo Tournament in Ter Apel has been a well-known event in the Netherlands for years. It is the ambition of the organization to become that in Europe as well. In any case, the field of participants is becoming increasingly international. It is one of the most famous summer tournaments in the Netherlands and with about 1,500 participants, perhaps the largest water polo tournament in the world. The 52nd edition was to take place last weekend, but the coronavirus pandemic threw a spanner in the works.

“With a record of 168 teams participating in 2008, it’s the largest water polo tournament in the world”, the chairman of the tournament committee Frank Schoenmaker says.

He may be right. From teams in the highest to teams in the lowest division, water polo lovers from all over the world have invariably circled the fourth weekend of August in their diaries. Then, hundreds of water polo players from the Netherlands and abroad travel to Ter Apel, a little town with less than 9,000 inhabitants in the north of the Netherlands, to practice their beautiful sport and to party.

Prohibition due to corona

“It was very disappointing, of course, when it became clear that we could not organize a tournament this year. We are a licensed event and the Dutch government prohibited such events. For a moment, we thought about organizing an alternative. Still, after looking at all possible options, we have chosen to prioritize to the safety of our participants and terefore not to organize any activities this year. So we decided to focus on a very cool edition next year!”, Schoenmaker emphasizes.

The organization is actually busy with the tournament all year round.

“The peak is from April, but in the autumn, we evaluate the previous tournament, and the promotion for the next edition already starts. Throughout the year, we are busy arranging all kinds of permits.”

The strange thing is that the 32-year-old Schoenmaker has never been an active member of the organizing club (ZEPTA). His roots are in nearby Winschoten, where he played at GZVW all his youth. He has now been away from the region for years and lives in Haarlem (near Amsterdam), more than two hundred (!) kilometers away.

“I once got involved in the tournament as a volunteer, and now I’m the chairman of the organization. The great distance from my hometown doesn’t spoil the fun at all.” 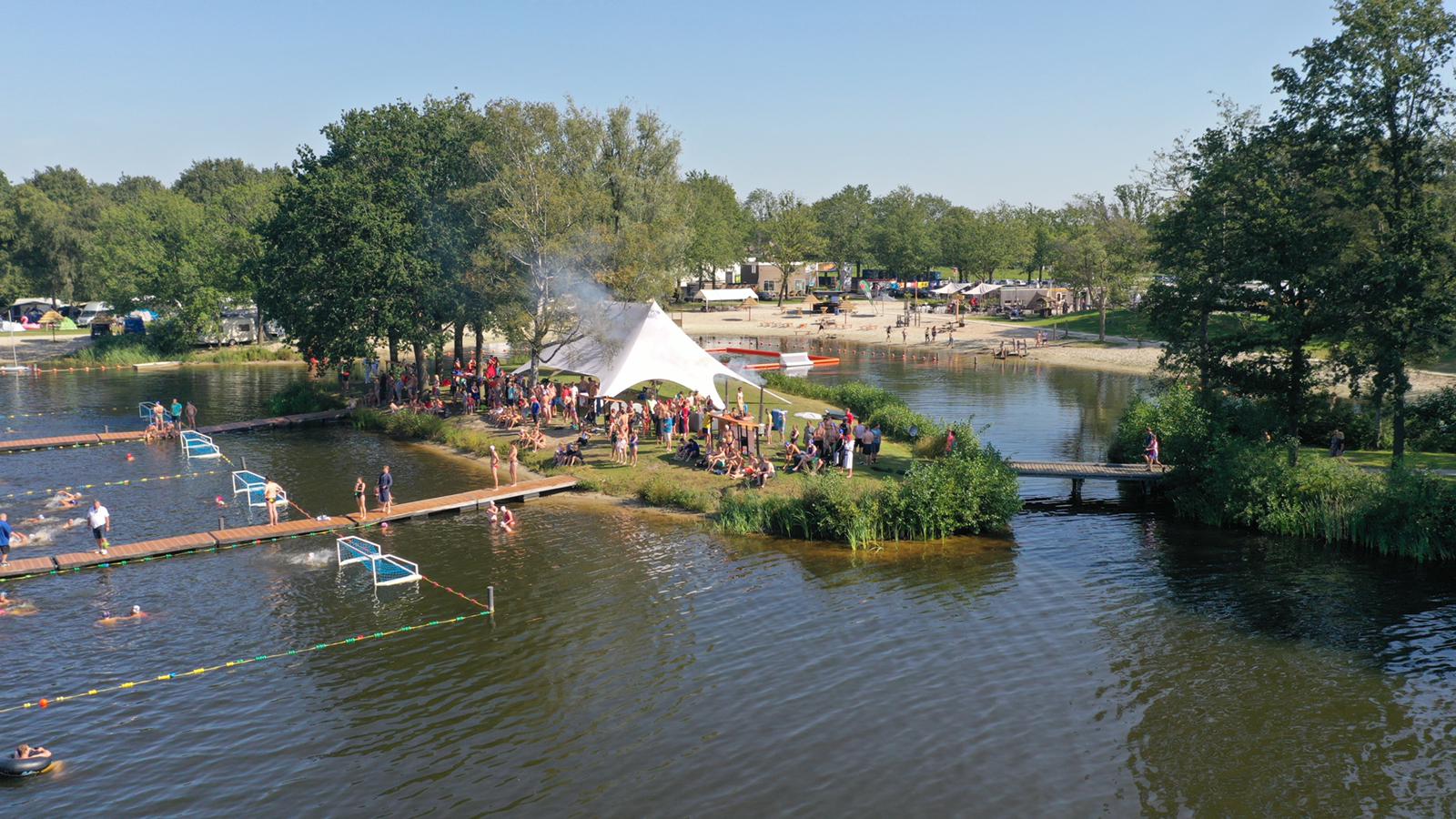 The members of the Organizing Committee always set themselves higher and higher goals.

“We always aim to make the upcoming tournament just a little better than the previous one. And also for fun, of course”, says Schoenmaker.

“I think that bond and love for the tournament is one of the success factors”, Wim Kruizinga adds.

Kruizinga (49) has been involved in the organization for 28 years and has seen the tournament grow to its current size.

“In 2008, 168 teams took part. That is the record. The tournament is very important for our club. It makes people proud, including non-members. The municipality also sees this and is happy to support it. We hear, so often, that when someone tells us that he comes from Ter Apel, they know that place from our tournament. Even abroad.”

The club ZEPTA has nearly a hundred members.

“Ninety percent of those members are volunteers during the tournament. And people from outside the club also sign up to help. In total, we run the tournament with 150 volunteers.” 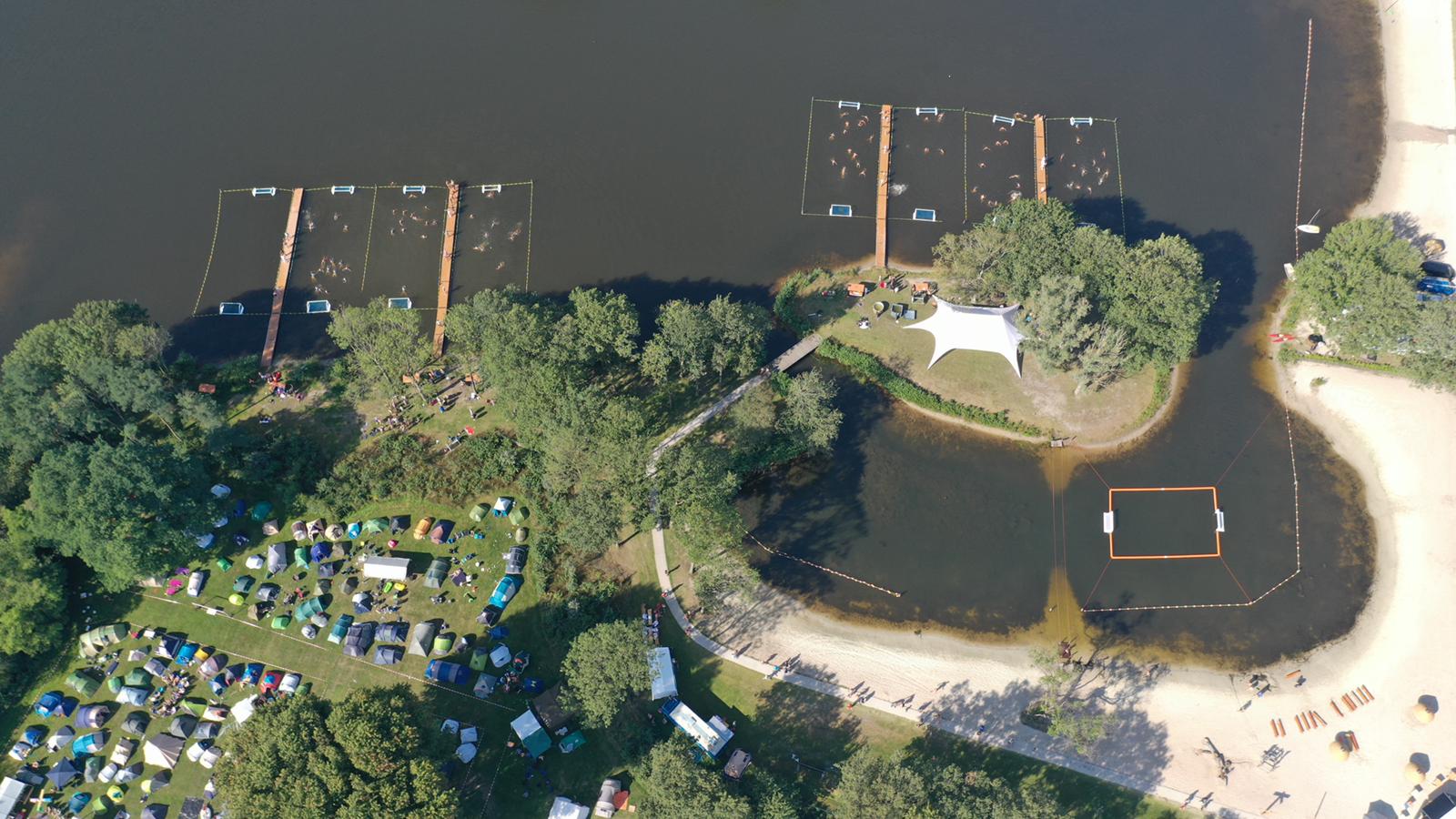 Usually, on the Monday before the tournament, the build-up starts and the fields are installed into the water.

“Many participating teams now know that too. More and more teams are already settling down on the campsite during the week and really see it as a kind of mini-vacation.”

The first modest party takes place on Thursday evening – the Dutch evening. And on Friday and Saturday, there are big parties with 1,500 water polo players jumping and dancing on the beats in a huge tent.

Of course, the tournament has changed over the years. But, the basic structure has always remained the same: socializing with teammates to end the summer and prepare for the new season.

“For that matter, we organize the tournament at a perfect time of the year. Everyone is looking forward to playing games again. At the end of August, the water is always nice and warm. Of course, we also have years when the weather is bad, but water polo players can handle that. The atmosphere is always good and the sun always shines here,” Kruizinga says with a wink.

The possibilities are endless in the green and water-rich environment. Eight fields are installed in the lake at camping Moekesgat for the tournament and the teams that play at the highest level play in the heated outdoor swimming pool. The camping site is a regular part of the tournament. Many teams sleep there, the others set up their tent on the surrounding sunbathing areas.

“The camping site has recently been renovated and the layout has become even better. All fields in the lake are now accessible from an island. That is ‘the place to be’ for all teams.”

Kruizinga has had quite a hand in that metamorphosis:

“The campsite was for sale a few years ago. To make sure that Moekesgat would remain part of the tournament, I bought the campsite with two other board members. In any case, we have no quibbles with the campsite owner!” 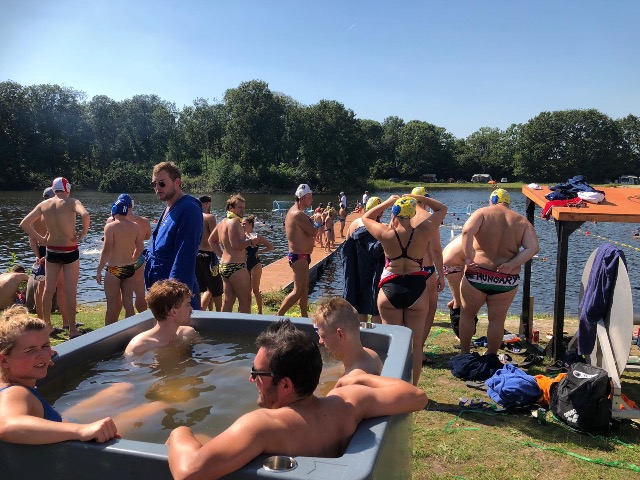 After 51 editions there is, of course, a fixed scenario, but chairman Schoenmaker is watching for laxity in the organization:

“It should not become a regular trick. We always keep a critical eye on the content and the organization. Every year we review the tournament because every year we want to improve it. Nowadays, tournament participants expect more than just two goals, an opponent and a ball. People want to be surprised, want an experience. We offer that. Our ambition is to offer unforgettable experiences for all European water polo players, in a safe environment where the sports enthusiasts meet, and the passion for the sport is increased. That is why we have really invested in the atmosphere and decoration on the site. And we work with themes. We provide entertainment, also during the day. We set up hot tubs and also have a beach water polo field.”

See you next year?

It is very annoying that the tournament is canceled now, but Schoenmaker and Kruizinga are not going to give up. If it is up to them, they will come back stronger than ever next year. 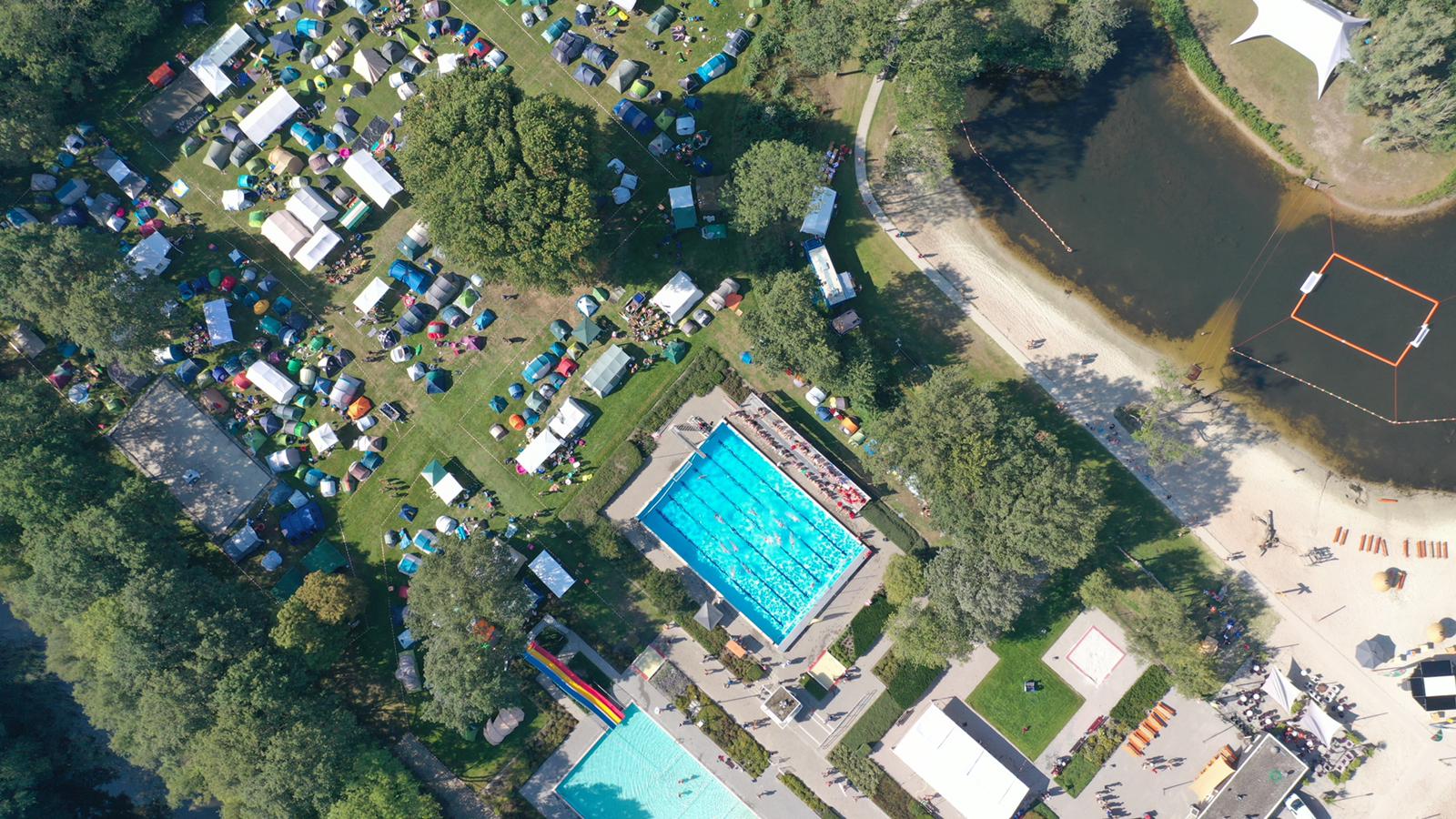 That the social media campaign works, is evident from the increased interest from abroad. Teams from Switzerland, England, Spain and Italy have already shown interest.

“And we can still grow for quite a while, so teams from other countries are also very welcome. We really have a very nice location for a training camp. And what could be more fun to end it with a great tournament?”

More information about the tournament: www.waterpolotournament.com