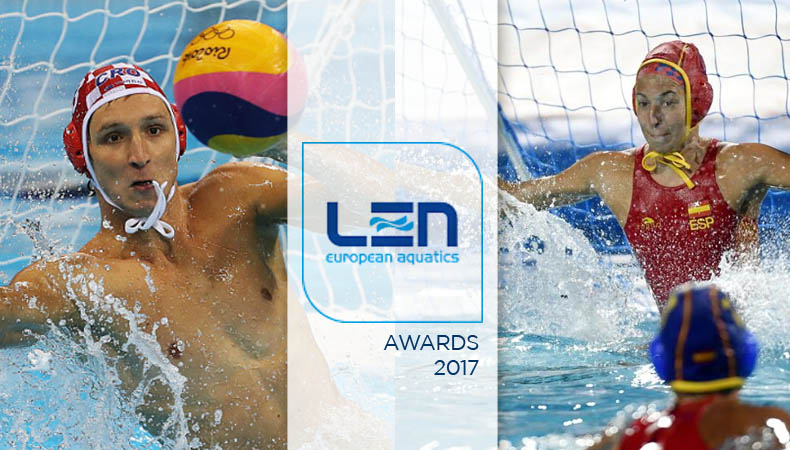 “It was a challenge to pick the best ones in each discipline as European athletes amassed piles of medals at the World Championships in 2017” LEN President Paolo Barelli commented the voting. “We are really proud of our greats who didn’t stop showing their class, making Europe the most successful continent again.”

In the past ten years, LEN Awards have become a highly appreciated recognition for the continent’s best athletes. Since its inauguration in 2008, National Federations and LEN Officials are voting in higher and higher numbers to select the best ones of the aquatic disciplines. The 2017 World Championships had the biggest weight in assessing the respective athletes’ performances though other major events might also be taken into consideration, like the European Championships in swimming (short-course) and in diving, or the Champions League and Euro League in water polo.

The water polo elections produced a double: for the first time ever two goalkeepers were picked for the awards. Marko Bijač (6th place in our Total Player 2017 Voting) played a pivotal role in Croatia’s World Championships triumph (and he came second with Jug Dubrovnik in the Champions League). Laura Ester’s saves were also key in Spain’s silver medal-winning performance at the Worlds and Sabadell’s bronze medal in the Euro League.

Congratulations to both athletes on their stellar 2017 seasons.