LEN Euro Cup, Round 2: A lot of excitement in sight 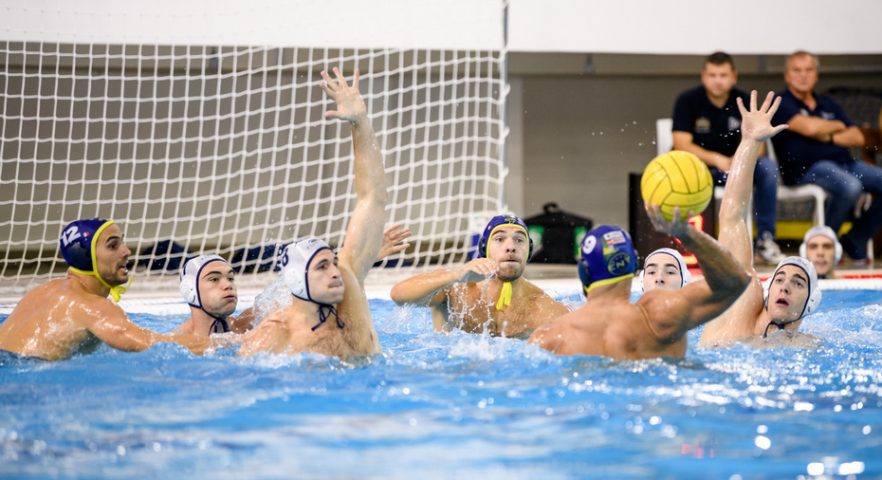 Primorac (white caps) and Tourcoing (blue) play in Round 2 Photo by K.Vulovic/VK Primorac

Another jam-packed weekend in the LEN cups begins tomorrow.

The second round of the LEN Euro Cup will be held between October 27 and 30.

Twenty-seven teams from 13 countries will play in six groups, and only 12 will go to the next round. The group winners and 2nd-placed teams will advance to the eight-finals.

France, Serbia and Italy will have four clubs each in this round, Hungary three, Croatia, Montenegro and Spain two, etc.

During the upcoming four days, a total of 48 games will be played.

There are only a few firm favorites. There are a few underdogs, as well. Therefore, exciting tournaments are in sight.

Almost every club that will play in this stage has the right to be optimistic and believe it can qualify for the eight-finals.

The tournaments in the groups with five clubs (A, D, F) start tomorrow. The first round in the remaining three groups will be played on Friday.

Three Regional League clubs – host Sabac, Jadran HN, and Solaris play in Group A, along with one of the best Italian teams, Trieste and Pays d’Aix (France). Each team can make the next round. Maybe, Trieste is the favorite, but the other four competitions are very good teams, too. 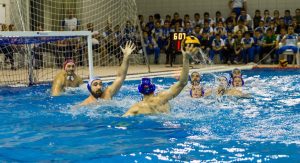 Strasbourg will host Savona, Partizan and De Zaan. The French recorded five wins in as many games in a tough group of Round 1 in Kranj and showed that they had high ambitions in Europe.

Partizan and De Zaan played better than many expected at the beginning of their international and domestic seasons. Partizan beat Crvena Zvezda convincingly in the domestic championships yesterday. That win is a big encouragement before the trip to Strasbourg.

Savona, the 3rd-placed Italian team the last season, is one of the clubs which can achieve a good result in Europe this season.

ASC Duisburg will organize the tournament of Group C. The home team will have a demanding task. All three rivals are very strong.

Tourcoing reshaped the team and targeted a spot in the Champions League Preliminary Round. The French were nine seconds away from the CHL Qualification Round 3. But, they conceded a last-gasp goal in the match against Vouliagmeni at the qualification tournament in Kotor, which sent them to LEN Euro Cup. The second-tier LEN competition is a make-up exam for the French. Barcelona, which failed to reach the CHL Qualifications Round 3 because of a surprising home loss to Oradea, arrives in Duisburg in the same mood and with the same ambitions as Tourcoing.

Telimar had ups and downs in the first round of the EC two weeks ago, but the finalist of the 2022 LEN Euro Cup didn’t achieve its objective in Europe this season by advancing to Round 2. The Sicilians want more.

The group in Zagreb will feature two Regional league clubs – host Mladost and Primorac Kotor, two former European champions. The Hungarian club in this group – Honved also was the European champion. Besides them, PAOK and Mediterrani play in Zagreb.

Three former European champions had ups and downs in the previous years. But, all three teams have played well this season. Mladost and Honved, which have shown very solid performances in domestic and LEN competitions in the last few weeks, are closest to 1st place in Zagreb. Still, the other three clubs also have their chances.

The tournament of Group E will be staged in Szolnok. Two former European champions – the home team and Crvena Zvezda stand out as contenders for the 1st place.

Crvena Zvezda proved it had good potential, beating all rivals in a demanding group of the LEN Euro Cup Round 1 in Barcelona. Yesterday’s defeat to Partizan in the Serbian League was a wake-up alarm and warning before the tournament Szolnok. 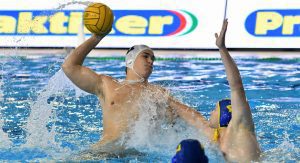 The hosts won the LEN Euro Cup in 2021, but since then, many players and head coach Zivko Gocic have departed. Szolnok isn’t a favorite for the trophy this season. The Hungarians didn’t shine in Round 1 and at the beginning of the Hungarian League. Still, qualifying for the next round is a realistic goal for Szolnok.

However, neither Crvena Zvezda nor Solnok can underestimate Montpellier, while EVK Zaibas is one of just a few underdogs in this stage of the LEN Euro Cup.

Steaua Bucharest is the host of Group F. The Romanians welcome Ortigia (Italy), Vitoria (Portugal), Valis (Serbia), and BVSC (Hungary). We can consider Ortigia the favorite and Vitoria the underdog. The Romanians, the Hungarians, and the Serbs will probably battle for 2nd place.