NO POOLSHIT #4: Game of Clowns 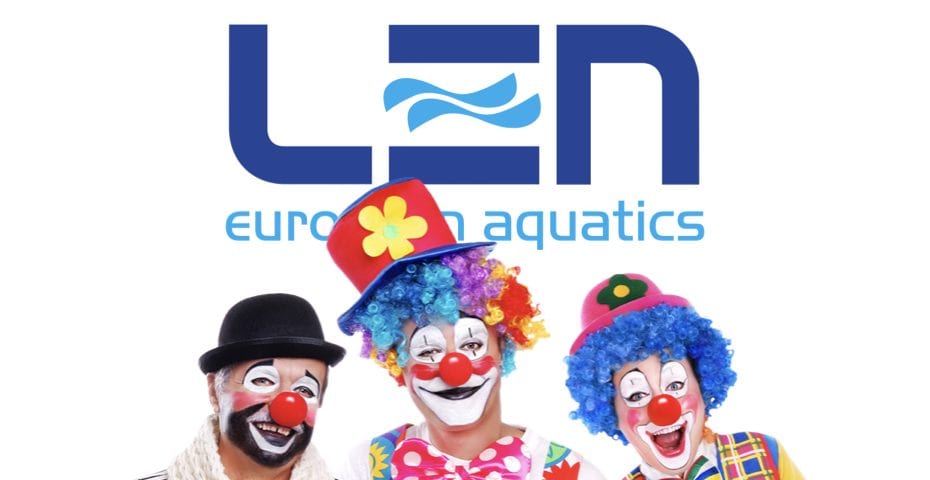 LEN Press release 12.11.2020.
“Ydraikos (GRE) did not arrive to Siracusa while Enka (TUR) failed to join the field in Budapest. Both sides sent late notices that due to travel hardships they could not take part in the competition.

According to the LEN regulations, both teams have to pay a fine as they withdrew after the draw had been made. Neither side could continue in the Euro Cup as they are disqualified from the current season’s competitions.”

Great way to support the clubs who paid you a 4.500 euro participation fee and couldn’t travel due to their flight cancellation and to many positive players. You know, there is a worldwide pandemic out there.

“Both tournaments were played without spectators and saw strict regulations in place. Teams were tested on-site before the start and were kept in a bubble for the whole duration of the events, together with all LEN Officials.”

Why would you put this in your press release, if there is evidence that several players from several teams in the Budapest tournament were leaving the bubble during the tournament?

a) No live stream. But if they weren’t able to stream games from Budapest, why would they stream this 🙂

“The only group with three teams also features clubs with Champions League experience, though host Partizan Belgrade (SRB) is less fearful than in the past – still, it can cause some headache for Sintez (RUS) and Oradea (ROU).

VK Novi Beograd 11. April is the name of the club who will HOST and play the LEN Euro Cup tournament. Not Partizan.  Dear LEN, those are two different clubs.

Lies in the bubble, intrigues with the draw, and “violence” towards Greeks and Turks. The first episode of the new season had everything. We can only hope that there won’t be any nudity among the main cast in the upcoming episodes.