Marseille and Noisy “imitate” each other 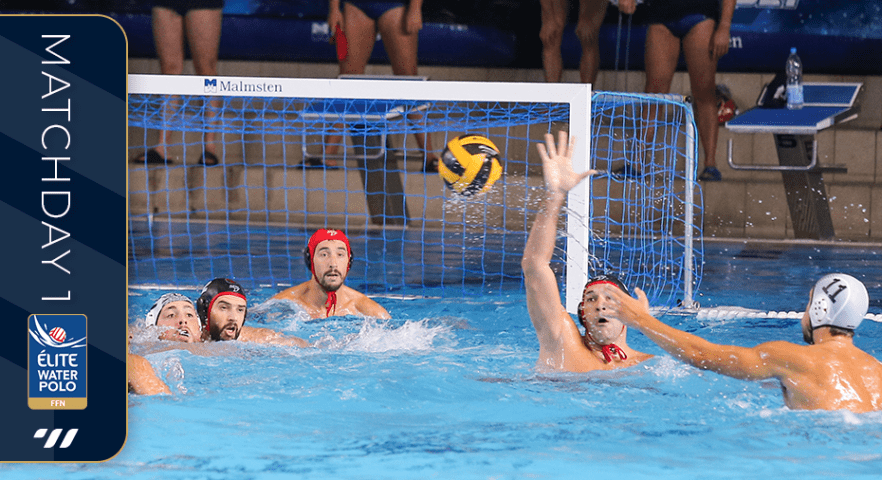 Home teams collected points on the opening day of the French League.

Title-holder Marseille defeated Sete 16:10. Noisy-le-Sec, the 2nd-placed team in the previous and the season before, nearly “copied” Marseille’s victory. Noisy (Cercle 93) scored 16 goals, as well as Marseille, but conceded one more than the champion. The Parisians beat Reims 16:11.

Strasbourg was better than Pays d’Aix (8:5).

Marseille, which played without its biggest this summer’s reinforcement Hannes Daube, secured the victory over Sete in the first 16 minutes. The hosts played excellently in defense in the first half. After a 3:1 first quarter, Marseille scored five unanswered goals in the first six minutes of the second period and jumped to 8:1. At halftime, it stood 9:2. Sete was a better rival in the second half. Still, all visitors managed to do was cut the deficit to four goals twice (9:13 and 10:14). Alexandre Bouet made the difference by scoring six goals.

Noisy-le-Sec had ups and downs but didn’t let Reims surprise. The first half turned into a flood of goals. Noisy had an 11:8 advantage at halftime. Early in the third period, the hosts streched the margin to four (12:8). However, Reims took control then. The visitors scored three consecutive goals and came very close (11:12) with six minutes remaining on the clock. It seemed that the match could enter a thrilling ending. But the hosts showed who the favorite was. Noisy scored the last four goals in the match for a 16:11 victory.

The duel between Strasbourg and Pays d’Aix was the derby of the day. It was a game with two completely different halves. Strasbourg dominated in the first 16 minutes. Pays d’Aix started coming back after a middle break, but the difference at halftime was too big, so the visitors couldn’t earn at least a point. Strasbourg shocked Pays d’Aix in the first two periods. The hosts opened the match with a 7:1 lead. Pays d’Aix scored its second goal only in the 16th minute. It’s interesting that Slaven Kandic, a goalkeeper, scored both goals for Aix in the first half. The visitors’ defense, commanded by Kandic, did a good job in the second half. Strasbourg scored only one goal after the middle break, but the hosts’ win was never in danger.

Tourcoing proved that it would be one of the medal contenders this season. Tourcoing started slowly. Thirty seconds before the first break, the score was 1:1. Lepoint closed the first quarter and made 2:1. The home team added three unanswered goals in the second period for a 5:1 lead. Nice halved the difference twice in the third quarter (3:5 and 4:6). However, after Nice’s 4th goal, Tourcoing produced an 8:0 run and went to 14:4. At the finish, Nice scored a consolation goal from a penalty shot.