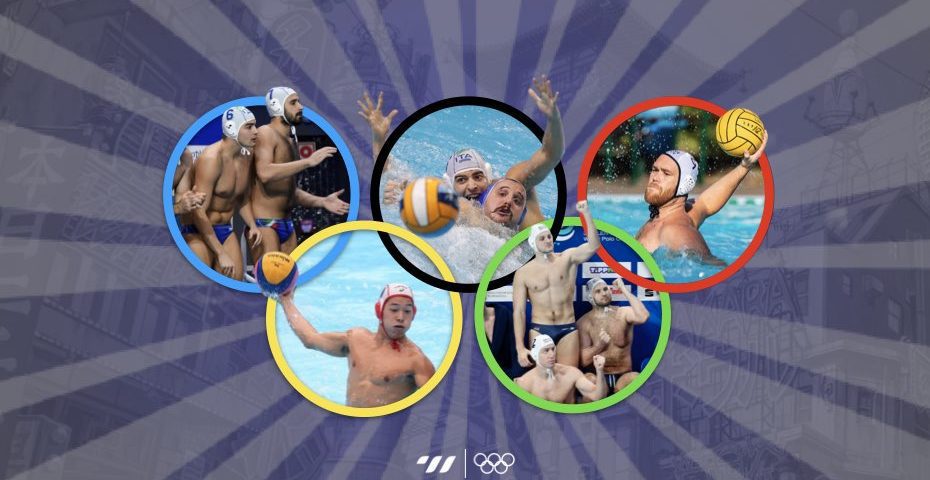 The men’s Olympic water polo tournament in Tokyo begins on July 25. Since 1976, twelve teams participate in each Olympic male water polo tournament. The competition formula has been changed several times in the past 45 years. However, the system in Tokyo is the same as in London and Rio de Janeiro.

The teams are split into two groups in the preliminary stage. The top 4 teams from each group will advance to the quarterfinals. The remaining four squads go home after the group stage. A total of 42 games will be played.

Today, we analyze Group A

Group A features two reigning champions – Italy, which won the World title in 2019, and Hungary, the European champion. Still, it seems that Group A is easier than Group B.

Italy and Hungary are heavy favorites here, while Greece and the USA can upset favorites. It’s hard to expect that Japan and, especially, South Africa are able to beat the Europeans and the Americans. Anyway, it will be easier to reach the quarterfinals from this group.

Hungary, which has been a water polo powerhouse in the last 100 years, has won 15 Olympic medals and firmly holds 1st place in the list of all medal winners.

But, after a magnificent row of three gold medals in a row (2000, 2004, 2008), the Hungarians failed to make the semifinals in London and Rio de Janeiro (they finished 5th both times). They are hungry for success at the Olympics. Only two of the 13 Hungarians who will play in Tokyo have already won an Olympic medal. Denes Varga and Norbert Hosnyanszky climbed the highest step of the podium in 2008.

According to the bookmakers, Hungary is the biggest favorite for the title in Tokyo. We have already written about the odds in April. Hungary is still favorite No 1, but their chances are light smaller than they were three months ago (in April, odd for Hungary to win the gold was 3.00, today is 3.50).

A team composed of superstars Denes Varga, Marton Vamos, Krisztian Manhercz, Gergo Zalanki, Viktor Nagy, and many others, can beat everyone and reach the podium. The squad is experienced, and well-coordinated, and (as usual) has high goals. 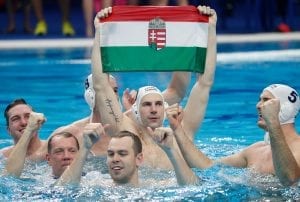 Italy is always among medal contenders at each water polo competition. The “Settebello” won medals at the previous two editions of the Olympic Games (silver in 2012 and bronze in 2012). They are reigning World champions. Despite the fact that their triumph at the 2019 World Championships was a little bit surprising, they deserved the title in Gwangju.

The best Italian players aren’t leaders in their clubs. Foreign players have been the main stars of the Italian League for years. Italy has no leaders who stand out, unlike Hungary, Serbia, Croatia, Montenegro, and other favorites. But, each of the members of the Italian national team is a high-class player, and each of them usually shows his best when he represents his nation. Italy is a team that is very hard to beat.

Italy’s final rehearsal for the Olympic Games was quite disappointing because they finished 4th at the World League Super Final. Still, problems with exclusions in the last two matches partly affected that Italy returned home with no medal.

Since the end of the World League, the Italians have had a lot of time correcting mistakes and getting into excellent shape. 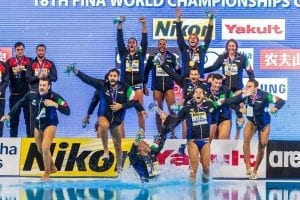 Italy, the World Champion in Gwangju in 2019 Photo: Federnuoto.it/Facebook

Greece has played at the Olympic Games 15 times. The Greek team has been a regular participant in the Olympic water polo tournaments since 1980, but it still hasn’t won a medal. Greeks have advanced to the quarterfinals on six occasions, but they made a step further just once. Greece played in the semifinals in Athens in 2004 and finished 4th.

If Greece finishes the Tokyo Games in the group stage, it will be a big disappointment. But is it time for the Greeks to finally win a medal? It won’t be a surprise if they even win the top spot in this group. Greece won the bronze medal at the last big competition before the Olympic Games – in the World League, and that boosted their Olympic hopes.

Their team is a good mixture of youth and experience. Captain Ioannis Fountoulis is one of the best European players of today. Konstantinos Mourikis is one of the strongest center-forwards in the world. Angelos Vlachopulos and Konstandinos Genidounias are also the stars of the European water polo. Alexandros Papanastasiou, Konstantinos Gkouvetsis, Emmanouil Zerdevas are the representatives of the new Greek water polo generation, which won several medals (including titles) at LEN and FINA junior and youth championships in the past few years. 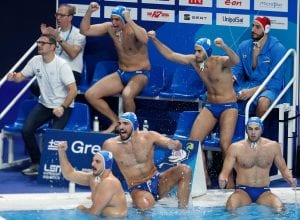 Most of the members of the national team play for Olympiacos, guided by the national team’s coach Thodoris Vlachos. They train and play together throughout the year and it is Greece’s big advantage.

Olympic medals: – Most recent medal at a major competition: bronze in the 2020/2021 World league

The United States will be the youngest team at the male water polo tournament, although the squad will be led by a 38-year-old captain Jesse Smith, the third oldest water polo player at the 2020 Olympics.. The team’s age average on an opening day will be 26 years and 24 days,

Smith is the only member of the team who has already won an Olympic medal (silver in 2008).

The silver won in 2008, is the only Olympic medal won by USA men in the 21st century. The Americans surprised many favorites in Beijing (Italy, Croatia, Serbia), but they suffered a loss to Hungary. They were far from the semifinals in London and Rio, they finished 8th and 10th respectively.

Are Americans able to surprise favorites again? Maybe. They already caused some surprises this year. The USA arrived in Tokyo encouraged by the silver medal at the World League Super Final. In the semifinals, they beat World champion Italy (10:8). The Italians had troubles with many exclusions in that game (including one 4-minute suspension), but the USA proved its capabilities the next day of the tournament in Tbilisi. The Americans suffered a narrow 8:9 loss to Montenegro in the final.

Most of the national team members played in European clubs in the season 2020/21, which helped them gain new experience and develop themselves as players. 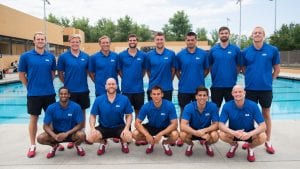 Five years ago, Japan finished in the last, 12th place in Rio de Janeiro, although it had some nice moments at the tournament (they had a 5:2 lead in the match against the latter Olympic champion Serbia). But, since 2016, the Japanese have made significant progress. The team has been rejuvenated, while the Japanese have produced a few surprises at major tournaments in the last few years. They finished 5th in this years’ World League, which is their second-best result in this competition, after 4th place in 2018.
Yusuke Inaba, the MVP of the 2019 World Junior Championship and the best scorer of the 2021 World League Super Final, is one of the leaders of the team, along with Seiya Adachi, Kenta Araki, etc.

Favorites shouldn’t underestimate the persistent home team, which never gives up and has a specific speed style of play.

Olympic medals:– Most recent medal at a major competition: silver medal at the 2018 Asian Games.

South Africa’s water polo team returns to the Olympic Games after 61 years and the Games in Rome in 1960. The Africans finished 9th of 16 squads which played at the water polo tournament in the capital of Italy.

They are underdogs, and every point they win will be a great success.