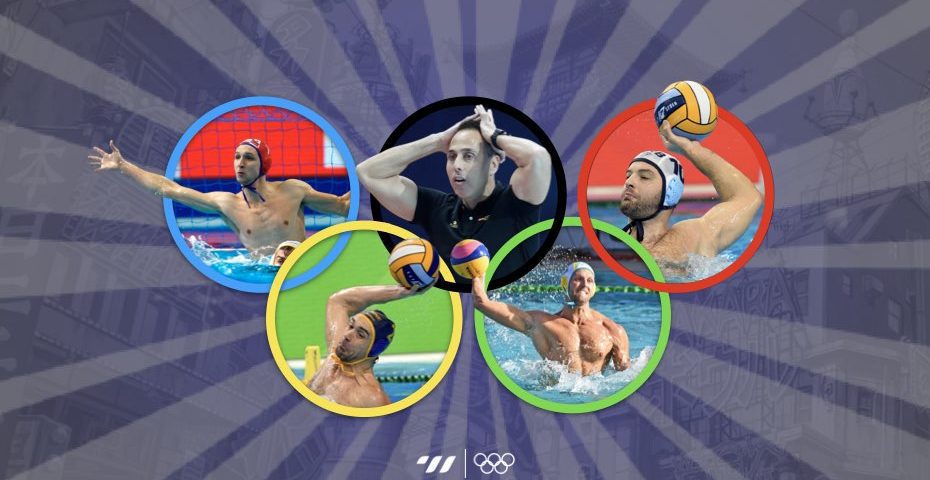 A winner of Group B of the male water polo tournament will pass a few high hurdles before securing the top spot in this group.

This group is, by water polo fans, and media called the “Group of death”. Four European powerhouses play in Group B – Serbia, Croatia, Spain, Montenegro. These four teams have more or less similar chances to win 1st place in the group. It will be a surprise if Australia finishes atop, but the “Sharks” can beat each favorite and secure a spot in the quarterfinals. Kazakhstan is the only underdog here.

National teams of three ex-Yu countries play in Group B – Serbia, Croatia, Montenegro. The three teams were the semifinalists at the previous two Olympic Games. In Rio 2016, Serbia defeated Croatia in the final, while Montenegro finished 4th. Four years before, Croatia won the title, and Serbia took bronze, by defeating Montenegro in the third-place match.

Almost every enscounter between these three teams is a great battle, and it’s hard to predict a winner.

Spain targets first place in Group B, as well as the South Slavs.

Croatia is the oldest team at the male tournament (the age average on an opening day will be 31 years and 77 days), Serbia is second on this list (30 years and 325 days). The other two favorites in Group B are quite younger – Montenegro’s average is 27 years and 129 days, and Spain’s is 28 years and 226 days.

Interestingly, all teams in Group B, except Spain, have representatives of the Yugoslav water polo school. Croat Elvis Fatovic is Australia’s head coach, while Croat Goran Tomasevic, born in Split, plays for the “Aussie Sharks.” Serb Nemanja Knezevic guides Kazakhstan from the bench, and his two fellow countrymen with the citizenship of Kazakhstan are on the Olympic roster – Srdjan Vuksanovic and Dusan Markovic

Serbia is the reigning Olympic champion and was the first team that booked a ticket for the Tokyo Games by winning the gold in the 2019 World League. Still, the Serbs haven’t reached the semifinals at the FINA and LEN competitions since 2019. They finished 5th three times – at the 2019 World Championships (a rejuvenated squad, without big stars, played in Gwangju), 2020 European Championships, and 2020/2021 World League. Spain defeated Serbia in the quarterfinals of each of these three tournaments.

However, Serbia arrived in Japan to win the medal. Experience is one of the main trump cards of this team. Since the 2016 Olympic Games, there haven’t been many changes on the team. Only three players will debut at the Olympic Games (Strahinja Rasovic, Nikola Dedovic, Djordje Lazic). The other ten won the Olympic gold in Rio. Most of the players will have additional motivation in Tokyo because they wish to finish their careers in the national team with a medal. Filipovic, Prlainovic, D.Pijelovic, G.Pijetlovic, B.Mitrovic,S.Mitrovic and Aleksic will retire from the national team after the 2020 Olympics.

Serbia dominated between 2014 and 2016. In these three years, the Serbs won all they can. In 2016, Serbia became the first male team to hold titles in all five existing major water polo championships: European Championship, World Championship, World Cup, World League and Olympic Games at the same time. 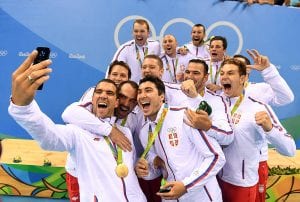 After Rio, the rivals started catching up with the Serbs. Still, needless to say, Serbia is one of the title contenders.

Croatia comes to Japan to reach the podium, as well as Serbia. One of the many similarities between Serbia and Croatia is that many of the Croats will play at the Olympic Games for the last time. Xavi Garcia already confirmed that he would say goodbye to water polo after Tokyo.

The team is experienced, players know each other very well. Nine of the 13 have already competed at the Olympics. Seven of them won the silver medal at the 2016 Olympic Games: Bijac Loncar, Buslje, Macan, Garcia, Jokovic, Bukic. Vrlic also played at the Rio Games, but for Brazil. A returnee Paulo Obradovic clinched the Olympic gold in London, along with Buslje and Jokovic.

Unlike Serbia, Croatia missed a few chances to earn an Olympic berth, despite the fact they played in three semifinals of major competitions in a row. The Croats were 2nd in the 2019 World League. The bronze medal won at the 2019 World Championships didn’t secure them a ticket for Tokyo. They were 4th at the 2020 European Championship. Finally, they grabbed the last available berth by winning bronze at the Olympic Qualification tournament in Rotterdam. 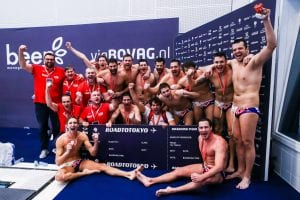 Croatia is the last team that qualified for Tokyo but is among the heaviest favorites for the title.

They had an excellent preparation period. Before traveling to Tokyo, they won trophies at two strong preparation tournaments (the BENU Cup in Budapest and the Sardinia Cup in Cagliari).

Montenegro was very close to a medal at each of its Olympic appearances. The Montenegrins finished in 4th place three times in a row (2008, 2012, 2016), and they want to break that series and finally take a medal.

The team has been rejuvenated in the last few years. Long-time members of the national squad Aleksandar Ivovic, Drasko Brguljan, Uros Cuckovic… have been joined by several rising stars. That process of composing a new team has given good results. Montenegro won the European bronze in 2020, after a remarkable comeback in the 3rd-place match against Croatia. This year, they won two gold medals – at the Olympic Qualification tournament and in the World League, which proves Montenegro can achieve high goals. 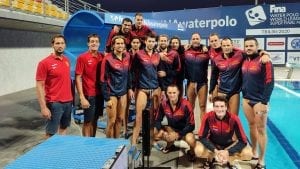 Olympic medals: – Most recent medal at a major competition: gold in the 2020/2021 World League.

Spain was one of the leading water polo nations in the late 1990s and at the beginning of the 21st century. Spain is the only male team that won two consecutive gold medals at the World Championships (1998 and 2001). In 1996, the Spaniards won the Olympic title, but they haven’t advanced to the semifinals since 4th place in Sydney in 2000.

They had many ups and downs in the 21st century, but as the Tokyo Games has approached, Spain has played better and better. It won silver medals at the 2019 World Championships and, a few months after that, at the European Championship in Budapest. The Spaniards obviously have a good recipe for wins over the ex-Yu powerhouses. They have beat Serbia and Croatia several times in the last few seasons.

But, Croatia and Serbia defeated Spain in the preparation matches ahead of the Tokyo Games. Still, friendly games can’t be compared with official matches.

The team is young, but it is led by experienced stars like Felipe Perrone, goalkeeper Dani Lopez (the oldest player of the tournament, born on July 16, 1980). The future of water polo belongs to young aces like Alvaro Granados and Bernat Sanahuja are. 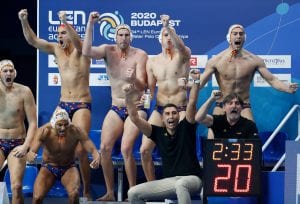 It’s pretty unknown what Australia is capable of. The “Aussie Sharks” haven’t played at major competitions since the 2019 World Championships. They finished 6th in Gwangju. The coronavirus pandemic ruined the sporting year 2020. This year, Australia didn’t want to participate in the World League and focused on the Olympic Games.

The Australians have played at the Olympic water polo tournament 16 times, but they haven’t reached the semifinals so far. Most of their Olympic appearances finished before the knockout stage.

However, none of the favorites shouldn’t underestimate Australia. In recent years, the “Aussie Sharks” achieved some of the biggest successes in the history of male water polo in this country (silver medal at the 2018 World Cup and bronze in the 2019 World League) and were tough opponents for traditional favorites.

Olympic medals: -. Most recent medal at a major competition: bronze in the 2019 World League.

Kazakhstan has been one of the best Asian teams for years. The Kazakhs have clinched six gold medals at the previous seven editions of the Asian Games. Still, their quality of play is still far from the best European teams. The Kazakhs finished 6th in the World League, but their matches against the best European teams were lopsided contests (Montenegro beat Kazakhstan 18:6). If Kazakhstan reaches the quarterfinals, it would be a historic success (their best placement at the Olympics is 9th place in Sidney). But, it’s hard to expect such kind of miracle in the “Group of death”.

Olympic medals: – Most recent medal at a major competition: gold at the 2018 Asian Games.