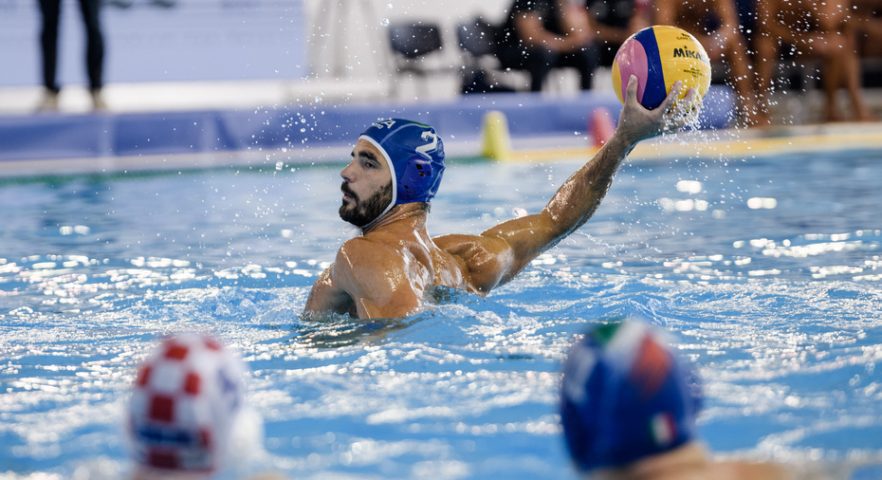 The Sardinia Cup for women finished yesterday, but the series of encounters between water polo powerhouses in the city of Sassari will continue this evening.

The 2022 Sardinia Water Polo Cup for men begins today in the same pool where six female teams played between Wednesday and Sunday.

Four teams will play at the tournament.

This is one of the final rehearsals before the European Championships in Split. But, none of the four head coaches can count on all of their key players. Some are expected to recover from injuries soon, but some will miss the Europeans in Split.

Greece arrived without first-pick goalkeeper Emmanouil Zerdevas and Ioannis Fountoulis. Neither of the two Greek stars will play at the European Championships in Split. Emmanouil Zerdevas injured his left hand during the quarterfinal match of the World Championships and missed the medal matches in Budapest. Fountoulis had chronic problems with his right hand, but he played in Budapest. Both were operated on in July. They are recovering, but they won’t be able to help the teammates in Split.

As we already published, Croatia will play without Ante Vukicevic at the Europeans because he had health problems several weeks ago and has to rest. Two players who started the preparations – Ivan Domagoj Zovic and Dario Rakovac –  are injured.

Serbia’s head coach Dejan Savic also had to compose the team for the Sardinia Cup in accordance with the health conditions of his players. Two Olympic champions – Nikola Jaksic and Djordje Lazic stayed in Belgrade because they still haven’t recovered from injuries. But, Dusan Mandic, Sava Randjelovic and Strahinja Rasovic rejoined the teammates (Savic decided to give them rest during the World League Super Final). We already reported that, according to an agreement with Savic, goalkeeper Branislav Mitrovic had finished his duties with the national team for this summer after the Worlds in Budapest.

But, despite the fact that several stars are missing, fans in Sassari will enjoy excellent water polo.

Shortly after the tournament in Sardinia, three participating teams will face each other in Belgrade. The tournament Serbia 2022 will be held in Belgrade between August 20 and 22. Besides host Serbia, Italy, Croatia and France will battle for a trophy in Belgrade.