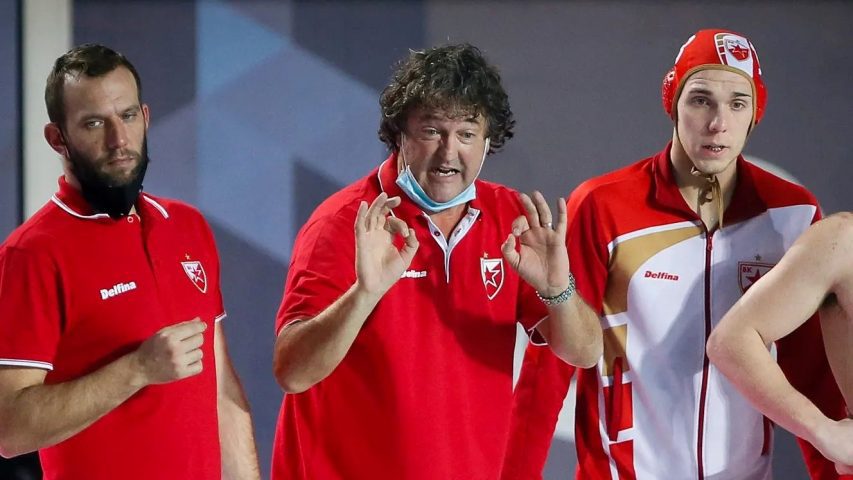 Head coach Mirko Vicevic left Crvena Zvezda after less than a month spent at the club.

The sources close to the club confirmed that Vicevic resigned a day after a draw in the match Crvena Zvezda – Steaua (10:10) and returned to Montenegro.

There is no official explanation on why Vicevic decided to leave. He arrived at Crvena Zvezda in the middle of January.  Since his arrival, Crvena Zvezda recorded two wins and suffered a loss in the Regional League. It lost to Marseille and won a point against Steaua in the Champions League, and won six points in three games of the national championships.

A draw against Steaua isn’t the result Crvena Zvezda hoped for in this match, but there have been some other happenings in the last few days.

On Saturday, a group of a few hundred Crvena Zvezda’s fans came to the match Crvena Zvezda – Sabac and they insulted Vicevic on the basis of nationality, shouting offensive slogans and carrying a banner with a rude message. They chanted that Vicevic was not part of Crvena Zvezda.

Vicevic is a Croat with Montenegrin citizenship. He was born in Kotor and has lived in this city for years. He was a councilor in the Assembly of the city of Kotor and the Croatian Civic Society of Montenegro President.

As a player, he won several medals representing Yugoslavia, including the European gold medal in Athens in 1991,  After the breakup of Yugoslavia, he played for Serbia and Montenegro. He coached Cattaro and the youth national teams of Montenegro.

Many reacted after the happening during the game on Saturday

The Water Polo Federation of Serbia strongly condemned everything that happened in the stands of the pool on Saturday, the fans’ behavior, and initiated disciplinary proceedings against the responsible persons.

Crvena Zvezda also issued a statement. The club supported Vicevic and apologized to him. Crvena Zvezda said that it had signed a contract with Vicevic because he was a water polo legend, who could help the club to achieve its goals.

Serbian media and the sports public also condemned Saturday’s happenings. Many described the incident as a scandal.

The police consulted with a liable prosecution regarding the initiation of the investigation.