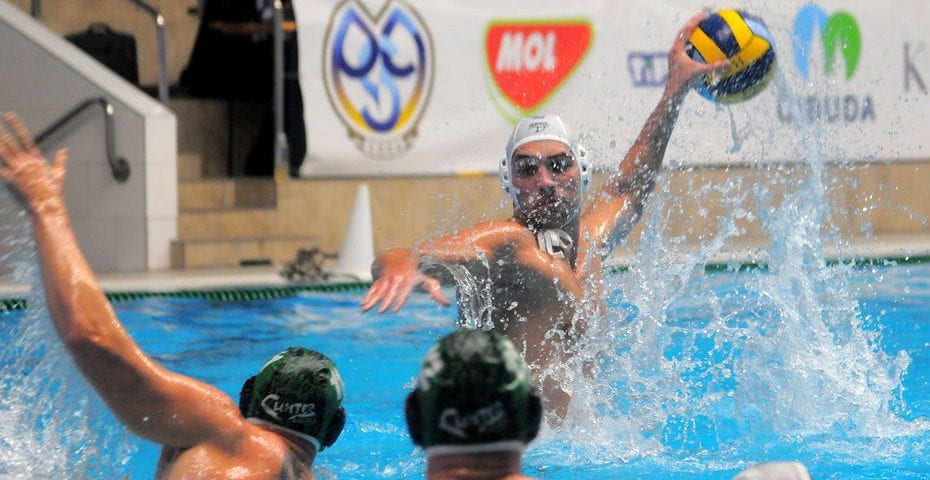 Two Italian clubs, one Croatian and one Serbian side continue the race for the remaining two tickets for the Champions League.
The group stage of the Qualifications was completed today. Ortigia (Italy) and Mladost (Croatia) will face off in the final of the Qualification Group A in Syracuse. Radnicki (Serbia) and Brescia (Italy) will play in the final of Group B in Budapest.

Ortigia advanced to the final yesterday, while the other three clubs secured first places in their respective subgroups today. November 14, 2020, is a very bad day for the Hungarian water polo.

Mladost and Szolnok shared the points in the derby of Subgroup A2, that produced even 36 goals – 18:18. The two teams finished the group stage with 7 points each, but Mladost finished atop because it has a little bit better goal difference (Mladost +13, and Szolnok +12).

Radnicki, a surprise team of the qualifications, won the first place Subgroup B1, after a draw (9:9) in a thrilling game against home team OSC Budapest. Radnicki kept the top position because it remained unbeaten in the group. OSC suffered a loss to Terrassa yesterday.

Brescia beat Vouliagmeni 10:6 in the game which decided the winner of Subgroup B2. The game Brescia-Vouliagmeni was the only today’s match which wasn’t ended in a draw!

The encounter between Jadran Split and Barcelona decided the 2nd place in the Subgroup. After two balanced quarters, the sides were tied at halftime (4:4). Jadran dominated the third period. The Croats scored two action goals and two extra-man goals and entered the fourth quarter with a big 8:4 lead. Barcelona was able to come back. The Spaniards had control in the final quarter. But, Jadran was very close to a victory. However, Adria Delgado beat the buzzer and found the net in the last second to equalize – 8:8. Barcelona remains in 2nd place because it has a better goal-difference than Jadran.

Ortigia and Primorac “copied” the result of the previous match. The encounter between the Italians and the Montenegrins had no importance for the standings since Ortigia secured the first position yesterday, while Primorac couldn’t move from the 4th position. The hosts dictated the pace and led throughout the match. In the middle of the third period, Ortigia had a 3-goal advantage (7:4). The Kotor-based side, coached by Sandro Sukno, reduced the gap in the opening minute of the final period (6:7). Shortly after, Simone responded with an action goal for 8:6. Primorac was a better rival in the last four minutes. The Montenegrins equalized – 8:8. They even had a few nice chances to score a winning goal, but Ortigia saved the point.

Mladost led from the beginning of the derby against Szolnok. The Hungarians equalized twice in the first period (1:1 and 4:4), but the Croats had a slim advantage after the first eight minutes (6:5). Mladost opened the second period excellently – with four goals in a row. In the 12th minute, the Croats had a big 10:5 lead.

After Mladost’s 10th goal, Szolnok started climbing back and early in the third period, reduced the gap to two (10:12). But, Lovre Milos answered with two goals in two consecutive attacks to give Mladost a 14:10 lead in the middle of the third quarter. Mladost kept a 4-goal distance until the last break (16:12). Szolnok didn’t give in and fought hard until the end. Finally, the Hungarians equalized 63 seconds before the end when Dusko Pijetlovic converted a man-up for 17:17. But 24 seconds later, Croatia captain Andro Buslje sent the ball home from a distance for 18:17. That proved crucial. After Buslje’s goal, Szolnok had 39 seconds to make a miracle. But, the Hungarian club just leveled the score 6 seconds from the end (Adam Nagy from an extra) – 18:18. This goal came too late. In the remaining time, Mladost kept the ball and the 1st position in the subgroup.

Radnicki produced a new surprise. The Kragujevac-based side continues to prove that it has a team that can upset favorites, as we wrote in the Qualifications preview a few days ago.

The Serbs needed a point in today’s match to keep the 1st position. And they did the job well.

It took a while before the first goal was scored. Aleksa Ukropina (who played for OSC in the previous season) converted a man-up in the sixth minute to give Radnicki a 1:0 lead. But, shortly after, Kristztian Manhercz equalized – 1:1. OSC managed to earn a slim advantage before the middle break (4:3). In the 2nd minute of the third period, Manhercz scored his fourth goal and doubled the home team’s advantage (5:3). Radnicki equalized a few minutes later (5:5), but Erdely put OSC in front with an extra-man goal (6:5) in the middle of the third quarter. The Serbs found the net twice in the last two minutes of the quarter, and they had a 7:6 advantage before the final eight minutes.

Radnicki built a 2-goal lead two times in the fourth quarter (8:6). Three minutes before the final buzzer, the Serbs had a 9:7 advantage. OSC leveled the score (9:9) 36 seconds from the end when Manhercz scored from an extra (9:9). Radnicki didn’t shot in the next possession, and OSC had a chance to secure a win in the last few seconds. But, Radnicki goalkeeper Lazar Dobozanov blocked a shot from Krisztian Manhercz in the last second, and the Serbs celebrated a valuable point.

Terrassa was very close to a win over Tourcoing. A minute before the final buzzer, the Spaniards led 11:9. Forty seconds from the end, Banicevic converted a man-up for 10:11. Tourcoing’s goalkeeper Clement Dubois scored an equalizer in the last second.

Brescia beat Vouliagmeni easier than it was expected to win 1st place in the subgroup. The match was an even contest until 3:3. Then Brescia scored five unanswered goals in a span of six and a half minutes and jumped to an 8:3 lead (05:12 before the end of the third quarter). In the 23rd minute, Kalogeropoulos ended Vouligmeni’s long goalless phase and hit the back of the net for 4:8. Early in the fourth period, the Greeks cut the deficit to two (6:8), but Brescia retook control and recorded a 10:6 victory.