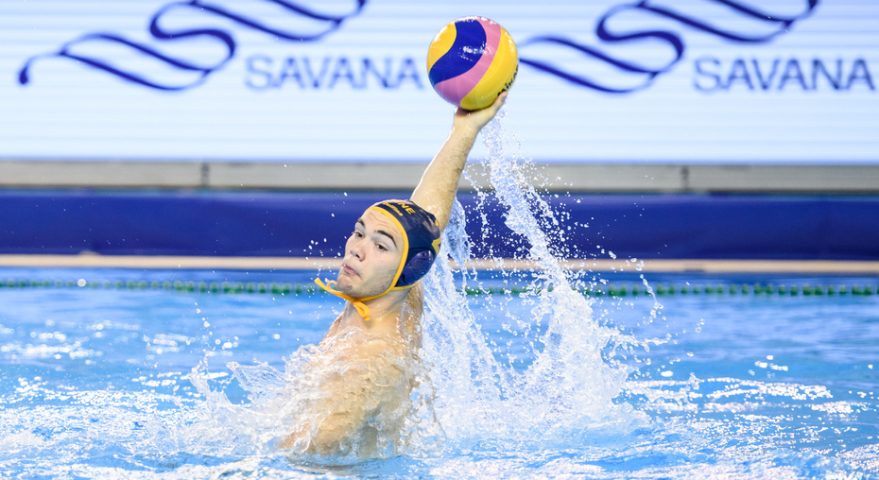 Many of Serbia’s key players miss the tournament in Strasbourg. But, Montenegro also came with a rejuvenated squad (like many others). However, few could predict a eight-goal difference at the end of the water polo classic played in Group A.

France beat Team USA in the most exciting match of Day 1. It was the second game in Group B. The teams were in a neck-and-neck race throughout the match. A total of 28 goals were scored in the 32 minutes. After the final buzzer, the score was 14:14, and the game entered a penalty shootout. France won the drama – 19:17.

The finalists of the World Championships in Budapest made no mistake. Spain controlled the match against Australia and recorded a 13:10 victory (Group A). Italy blew Canada away – 17:5( Group B)

Serbia arrived in Strasbourg several hours before the match and didn’t come with the roster announced two days ago.. Head coach Dejan Savic had to change the roster just before the trip. Radomir Drasovic and Viktor Rasovic didn’t come to France. They were caught by a coronavirus. Both tested negative yesterday, but they stayed in Belgrade to recover. At the same time, goalkeeper Lazar Dobozanov started training after recovering from an illness and joined the team.

But Dobozanov didn’t play today. Subotic also wasn’t on the team, so Serbia had only three players who participated in the World Championships (Vico, Lukic and Radulovic).

Both teams are young. Still, Montenegro’s squad in Strasbourg is more experienced than the Serbian team. However, the man who made the difference was one of the youngest in the pool – 19-year-old Marko Mrsic, who scored six goals. Most of these six came in crucial moments of the match.

Montenegro had a 2:0 and 3:1 lead in the first quarter. Serbia caught up with the neighbors before the end of the first quarter (3:3) and had a chance to go in front early in the second period. The Serbs forced a penalty shot, but Petar Tesanovic saved a shot from Marko Radulovic. Immediately after, Djurdjic converted a penalty for Montenegro, which started dictating the pace.

In the following minutes, the Serbs had more chances to score than the rival, but they made many mistakes in defense and in attack and paid for that. Mrsic gave the Montenegrins a 5:3 lead. In the last 67 seconds, the reigning champions scored three goals – Mrsic netted two, and Spaic added one. Montenegro had a comfortable 8:3 advantage at halftime.

Serbia’s Brankovic opened the second half with a goal for 4:8. But, Mrsic responded with two – one from a penalty and one from a long-distance shot, and Montenegro went to 10:4. There was no way back for Serbia. The Montenegrins controlled the match until the end. They dominated and even had a 9-goal lead (16:7).

The World champions took a flying start. Spain earned a 3:0 lead, but Australia didn’t surrender and cut the deficit before the first break (2:3). In the opening minutes of the second quarter, the game was an exchange of goals. Spain took a two-goal lead twice (4:2 and 5:3), but the “Sharks” halved the deficit immediately after each of the two goals. Three minutes before the middle break, Spain built a 3-goal lead for the first time – 7:4. The Australians responded with a goal for 5:7. At the finish of the first half, they had a chance to come even closer, as they earned a penalty shot. But, Spain’s goalie Lorrio saved a shot from Pavillard.

Early in the third period, Blake Edwards made it 6:7. But midway through this quarter, the World champions secured the win. Alberto Barroso scored three goals in a row to give Spain a 10:6 advantage. The rest of the game was quite balanced, but the difference was never smaller than three goals.

Italy enjoyed an easy cruise in the opening game of the Super Final. Canada took a 1:0 lead. Shortly after, Italy failed to convert a penalty shot. But, the favorites found their rhythm soon. Italy scored seven unanswered goals and went to 7:1. The Canadians reduced the gap by the middle break (8:3). Still, Italy, led by Edoardo Di Somma and Giacomo Cannella, knocked down the North Americans with a 4:0 series in the third period.

Fans enjoyed a very exciting match at the end of the first competition day.

Team USA took an early 1:0 lead. Then, the hosts scored three goals to earn a 3:1 advantage. But, the Americans replied with 3:0 series and had a 4:3 lead at the end of the first period. After the first break, the difference was never bigger than a goal. There were a lot of twists and turns, and the match turned into a flood of goals. 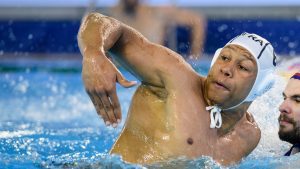 Before the final quarter, France led 10:9. Hannes Daube leveled at 10:10 from a penalty, and Alex Bowen gave the Americans an 11:10 advantage. The French answered with two goals (Khasz and Bouet) to regain a lead (12:11). France had a 13:12 advantage with two minutes left on the clock. But, the Americans went in front at the finish of the game. Hallock converted a man-up for 14:13 with 56 seconds left on the clock. But, in the next possession, Ugo Crousillat equalized – 14:14. In the remaining 33 seconds, both teams had a chance to secure a win, but nobody scored, and the match entered the penalty shootout.

The decision came already in the first round of the penalty shots. France’s goalkeeper Hugo Fontani saved a shot from Ben Hallock. All other scorers found the net, and France opened the tournament with a 19:17 victory. Team USA took a consolation point.