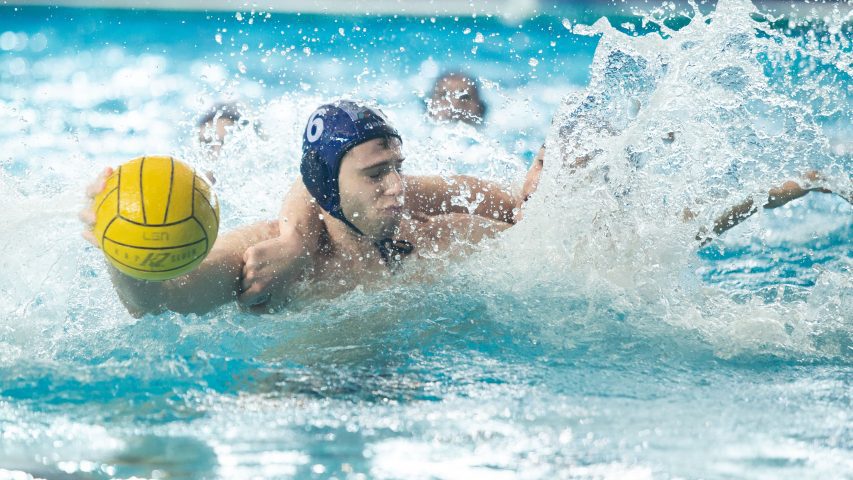 Two national derbies will be played in the semifinals of the 2021/22 Regional League in Belgrade.

Favorites made no mistake in the last round of the regular season, so the final standing is the same as yesterday’s ranking.

Novi Beograd, the host of the tournament, finished atop and will face 4th-placed Radnički in the semifinals. The other semifinal encounter will be the Croatian derby Jug vs. Jadran Split (2nd-placed and 3rd-placed respectively). All in all, the best Serbian and Croatian clubs this season advanced to the last four.

Budva is relegated to A1 League, while Mornar and Šabac will play in the relegation playoffs.

The league was closed with three matches of Group F in Kragujevac. Partizan beat Primorac 13:10, Jug defeated Solaris 14:10. Radnički edged out Šabac in a real thriller in the last match of the regular season – 11:10. Šabac was seeking a chance to avoid the relegation playoffs, but didn’t manage to move from 11th place.

Partizan had a very good start. It led 3:0 and 4:1. Primorac put a lot of effort into a comeback and cut the deficit to one goal several times (4:5, 5:6, 6:7). Still, Partizan went to 11:7 before the last break and controlled the match until the end. Partizan had a 5-goal lead (13:8), but Primorac narrowed the difference in the last minutes.

The black whites played without two key players in Kragujevac Milan Aleksić and Filip Radojević. In addition, captain Stefan Mitrović missed today’s match. Partizan is the only team that recorded three wins in Kragujevac (beating Radnički, Solaris and Primorac) which is a quite good result for a young team.

As for Primorac, despite the loss, the Kotor-based side avoided relegation and achieved its goal. They caused a few upsets this season and proved they might be contenders for the F4 berths next season.

Jug recorded a quite convincing victory, as expected, but the game was open until the middle of the fourth period. Jug took a flying start. Late into the first quarter, the Dubrovnik-based side earned a 6:1 lead. But, the favorite let Solaris come back. Four seconds before the end of the first quarter, Goreta converted a penalty for 2:6.

In the 19th minute, the team from Šibenik reduced the gap to one for the first time (8:9). Benić doubled Jug’sadvantage, but Koprcina closed the third quarter with a power-play goal for 9:10.

Early into the final quarter, Solaris leveled at 10:10 (Penava). Jokovic responded shortly after from a counterattack and put Jug ahead (11:10). Still, it wasn’t the end of the contest. Solaris fought bravely, but it couldn’t score one more goal. Alexandros Papanastasiou found the net for 12:10 with 04:02 minutes to go. Jug scored two goals in the last two minutes to secure a 14:10 win.

Šabac desperately needed at least a point in the last match of the tournament to climb to 10th place and avoid the relegation playoffs. Radnički had nothing to lose or get in this match because he couldn’t move from 4th place. The hosts played without Miloš Ćuk and the first-pick goalie. Still, they didn’t want to disappoint their fans at the end of the tournament and did their best to finish the regular season with a victory. They earned three points after a big battle.

At halftime, Radnički led 5:2. But, Šabac netted three goals in the first 125 seconds of the third quarter to level at 5:5. Midway through the quarter, Radnički earned a 7:5 lead. Šabac didn’t give in and caught up with the rival again (7:7) in the 23rd minute. However, Radnički had a slim 8:7 advantage before the final quarter as Vrlić converted a man-up shortly after Šabac’s seventh goal.
The title-holder opened the fourth quarter with two quick goals (Jankovic and Krug). In the middle of the quarter, Vrlić scored another goal with an extra man for an 11:7 lead. After that Radnički’s 4:0 series, Šabac responded with three goals in a row and cut the deficit. Šulci scored from a penalty shot with 48 seconds left on the clock for 10:11. In the next attack, Radnički failed to score. Šabac had the last possession in the match and a chance to earn a golden point, but Radnički’s goalkeeper Todorovski saved a shot from Marković two seconds before the end. 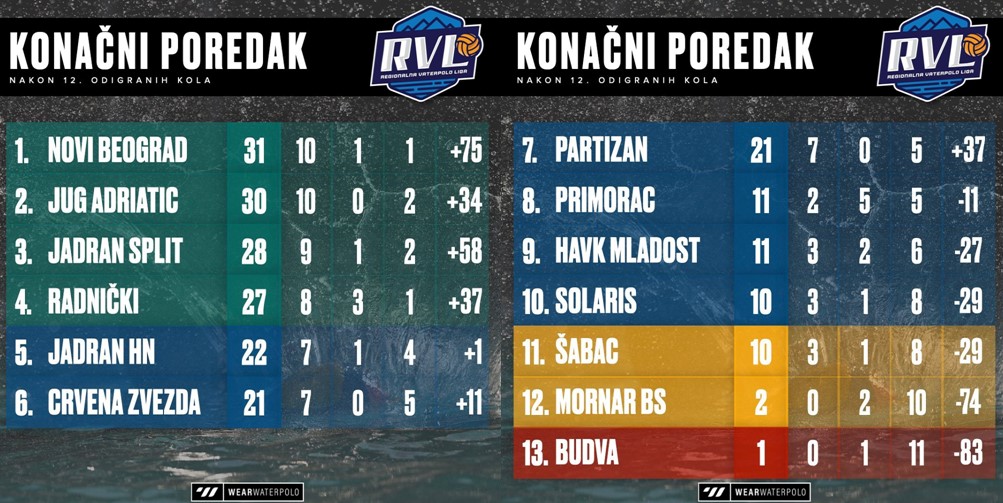 For all results, and statistics visit Total Waterpolo Arena