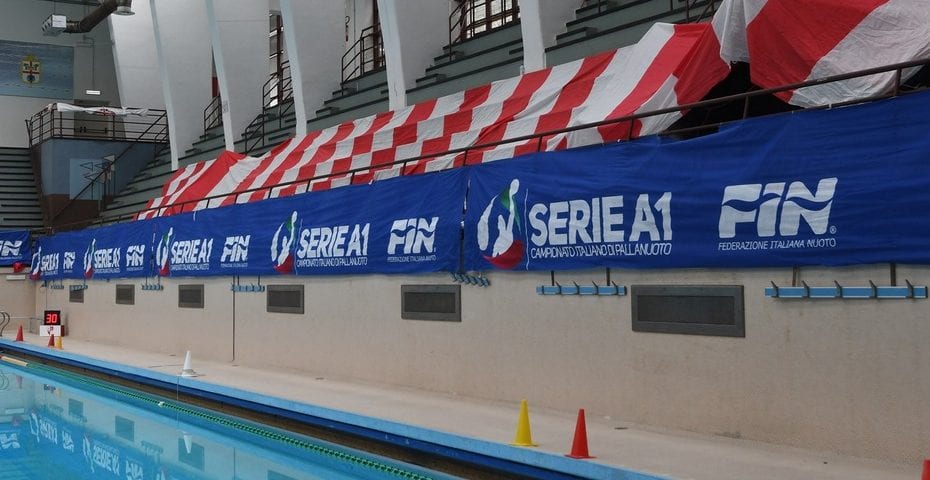 The Italian Swimming Federation (FIN) and water polo clubs agreed on a new playing format for the Italian A1 men’s league.

The league was supposed to begin on October 3. Thirteen clubs take part in the Italian League, and it was planned that they play 26 rounds in the regular season.

But, on October 2, the Federation postponed the start of the Championship because of several coronavirus cases at the clubs.

As the Italian Federation announced, in the next few days, the relative regulatory procedures will be refined, and the conditions for formalizing the championship formula will be definitively verified.

The 13 teams will be split into three groups of 3 and one of 4 teams, with home and away matches (6 rounds in each group). In this phase, nine teams will play four matches, while the remaining four clubs will play six games.

Group for the title

The first two classified teams from each group advance to the second phase battle for the title, which consists of two groups of 4 teams. In this phase, each team will play six games on a home and away basis.

The first two ranked teams from each of the two groups will qualify for the playoffs, which starts from the semifinals. The number of matches in the playoffs hasn’t been determined yet (there are two options – best of three, and best of five series).

The remaining five teams (ranked 3rd and 4th in the first phase groups) will play in the group for places 9th – 13th, on a double round-robin basis (each team plays four home and four away matches). The last two teams will compete in the relegation playoffs.

The calendar hasn’t been determined yet, but the league will probably start in November.

Before the planned start of the league, three male clubs confirmed that their players had tested positive for COVID-19: Telimar Palermo, Brescia, Posillipo. Meanwhile, Pro Recco’s Gonzalo Echenique tested positive, but none of his teammates is infected.