No outspoken favorites in the Dutch water polo league 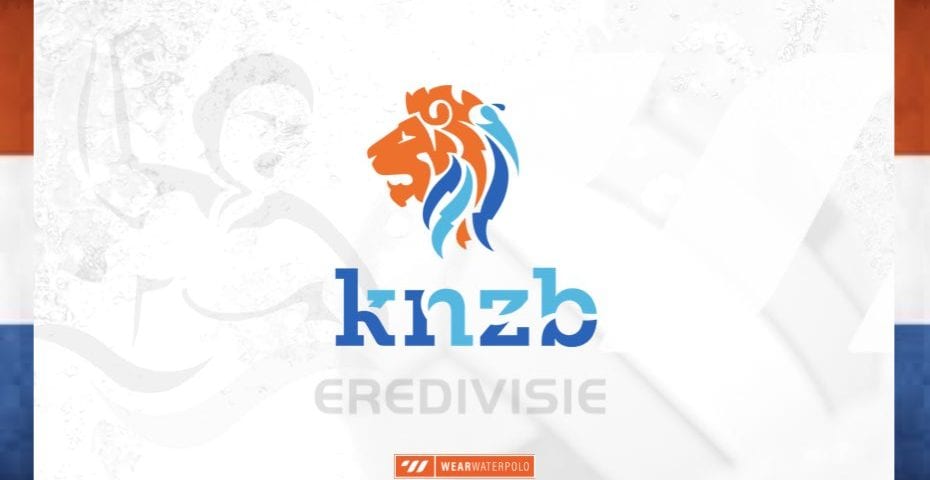 After a forced break of seven months, the ball will finally move again in the Dutch water polo league. On the first weekend of October, the competition (Eredivisie) starts. The men’s league received a considerable quality boost. Among women, many internationals went abroad. It makes it difficult to identify distinct favorites.

At the beginning of March, the corona-pandemic abruptly ended the Dutch water polo league. The so-called Eredivisie was on its way to the climax and the semi-finals of the National Cup were on the program. In the end, it was decided not to crown anyone as champion. As a result, after a year and a half, UZSC (Utrecht) for the men and GZC Donk (Gouda) for the women are still the reigning champions. The forced end brought the Dutch Swimming Federation (KNZB) quite a few headaches. Who should be promoted and relegated in this crazy situation? The KNZB was lenient. Nobody had to be relegated and the highest-ranked teams in the second division were allowed to be promoted if interested. Men’s teams ZPC Amersfoort and Waterpolo The Hague made grateful use of this. The league has thus been expanded to fourteen teams. For the women, there was no interest in promotion among the teams in the second division. That number, therefore, remains the same as last year with ten teams.

It promises to be an exciting men’s season. Many players of the National Team previously played in foreign leagues, but returned to the Netherlands to participate in a central program towards the Olympic Qualification Tournament in Rotterdam next February. Guus Wolswinkel defends the green- white Polar Bears club colors again after two seasons at CN Catalunya. The “French” Jorn Muller (FNC Douai), Jesse Koopman and Jesse Nispeling (Enfants De Neptune Tourcoing) will respectively play for Het Ravijn, ZPC Amersfoort and SVH this season. Robin Lindhout also returns to the Eredivisie after seven years abroad. In recent years he has played in Croatia, France, Greece, Hungary and Italy. Now he has settled at AZC in Alphen aan den Rijn. Bilal Gbadamassi left the necessitous Partizan behind and returned to BZC. As a result, the level of the men’s league will considerably rise and because all those internationals have spread over so many clubs, it’s difficult to designate a definite favorite.

ZV De Zaan, active at the highest level for only a few years now, does have one of the strongest teams on paper. The team of former National coach Johan Aantjes has two strongholds with National Team players Pascal Janssen and Thomas Lucas. Moreover, the club from Zaandam recently managed to attract 22-year-old Jacob Mercep. The talented Croat became world youth champion in 2016. He comes over from Los Angeles where he studies at the University of Southern California (USC). However, due to the COVID-19 measures in the States, he is currently not allowed to return to California. “Because I still represent USC, I am only allowed to play at an amateur level. The Dutch water polo league is eligible for this”, Mercep recently explained his surprising choice on Waterpolo.nl. ZV De Zaan is happy with it.

AZC has also done good business on the transfer market. In addition to Robin Lindhout, Andreas Miralis returned to AZC after one year of absence. It is a guarantee for goals. The former Greek international has already been Eredivisie top scorer twice. Add to this the three Hungarian reinforcements Dávid György, Attila Kincses and Zoltan Kelemen and a lot of fireworks can be expected in Alphen aan den Rijn.

A third team that can thrive is ZPC Amersfoort. The 8-time Dutch champion (at the time under the name AZ&PC) returns reinforced to the highest level. The squad of Italian coach Gianluca Sattolo is a nice mix of routine and talent. It is up to Sattolo to forge a whole of it. The eye-catcher of the new team is Jesse Koopman. The 27-year-old international had been active in Amersfoort for a few years in the past and comes from Lille in France. Before that, he played as a professional in the Spanish, Hungarian and Romanian league.

It has to be said, it is an extremely shaky prediction, as the expectation is that the top eight teams will hardly differ from each other. UZSC remains strong and Het Ravijn, GZC Donk and ZVL-1886 also strengthened considerably. In the latter team, the arrival of Italian all-rounder Claudio Brancatello (26) and the experienced Hungarian shooter Gergo Marnitz (31) are particularly striking. Therefore, many teams will participate in the battle for the championship.

A different story for the women. When it became clear that the Olympic Games in Tokyo were being postponed, the National team players were allowed to spread their wings abroad again after an “internal” year. No fewer than nine players made use of this opportunity: Maud Megens (USC), Bente Rogge (ASU) and Kitty-Lynn Joustra (CAL Berkeley) will return to the States after the Olympic  Qualification Tournament in January to continue their studies and play in the strong College league. Six others have settled at European top clubs. Ilse Koolhaas returns after two seasons to the Greek Vouliagmeni and Maartje Keuning (CN Sabadell), Sabrina van der Sloot (CN Sabadell), Vivian Sevenich (CN Mataro), Rozanne Voorvelt (CN Sant Andreu) and Iris Wolves (CE Mediterrani) are left for Barcelona. They play for the best clubs in the Spanish league.

The Eredivisie for women will therefore mainly be a breeding ground for talent. A few teams stand out a bit: GZC Donk can still rely on a lot of routines. In addition, ZVL-1886 (with the well-known Iefke van Belkum as head coach) brought in two strong players with the Hungarian Fanny Vályi (Eger, Dunaujvaros) and former international Hanneke Slagter (finally pain-free after a lingering shoulder injury). Together with the highly talented young group of players, the Leiden-team is thus on the hunt for the first national title since 2016. Whoever says young talent, also says ZV De Zaan. The team with coach Arjan Vos dominated the national youth leagues in recent seasons and had a subscription to final places. Last season they were on their way to cashing in on that success until corona threw a spanner in the works. The team continues to build steadily and hopes to be able to bring in the fiercely desired success this season.

Men
The first eight teams will qualify for the playoffs after the regular season. The numbers 13 and 14 are relegated. The number 12 and the number 1 of the second division compete for one place in the Eredivisie in a “best-of-3”.

Women
In contrast to the men’s league, the women’s league has the same number of teams as last season: ten. The first eight teams qualify for the play-offs. No team will be relegated. The champion from the second division is given the choice to promote.