No surprises in men’s crossover round in Budapest; Montenegro struggles but survives 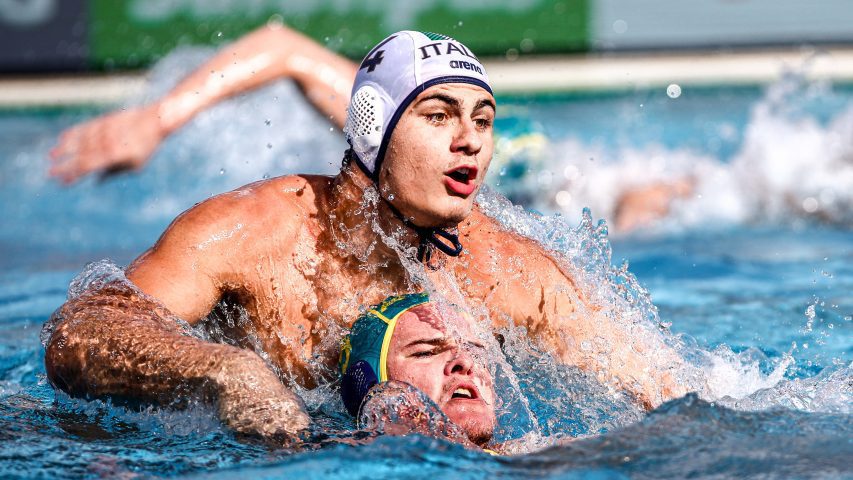 There were no surprises in the crossover round at the World Men’s Championships in Budapest.

Only one of the four matches wasn’t a one-sided contest.

Montenegro had ups and downs but recorded a narrow 10:9 victory over Japan.

The other favorites beat their rivals convincingly. Croatia, with 12 players on the roster, was too strong for Georgia – 13:7. Italy demolished Australia 17:6. Team USA showed no mercy to South Africa – 24:2.

On Wednesday, the quarterfinal day will bring four great clashes. Some of them are real water polo classics – Olympic champion Serbia will play against Croatia, World champion Italy and European champion Hungary will face off, etc.

USA and Montenegro return to the quarterfinals, after 9th and 10th place respectively a the 2019 World Championships. The other six teams were among the top 8 three years ago, along with Australia and Germany.

In the opening minutes, Montenegro dictated the pace. Their defense, commanded by Dejan Lazovic (who posted 20 saves today), did its job well. Early in the second period, Montenegro went to 4:1. 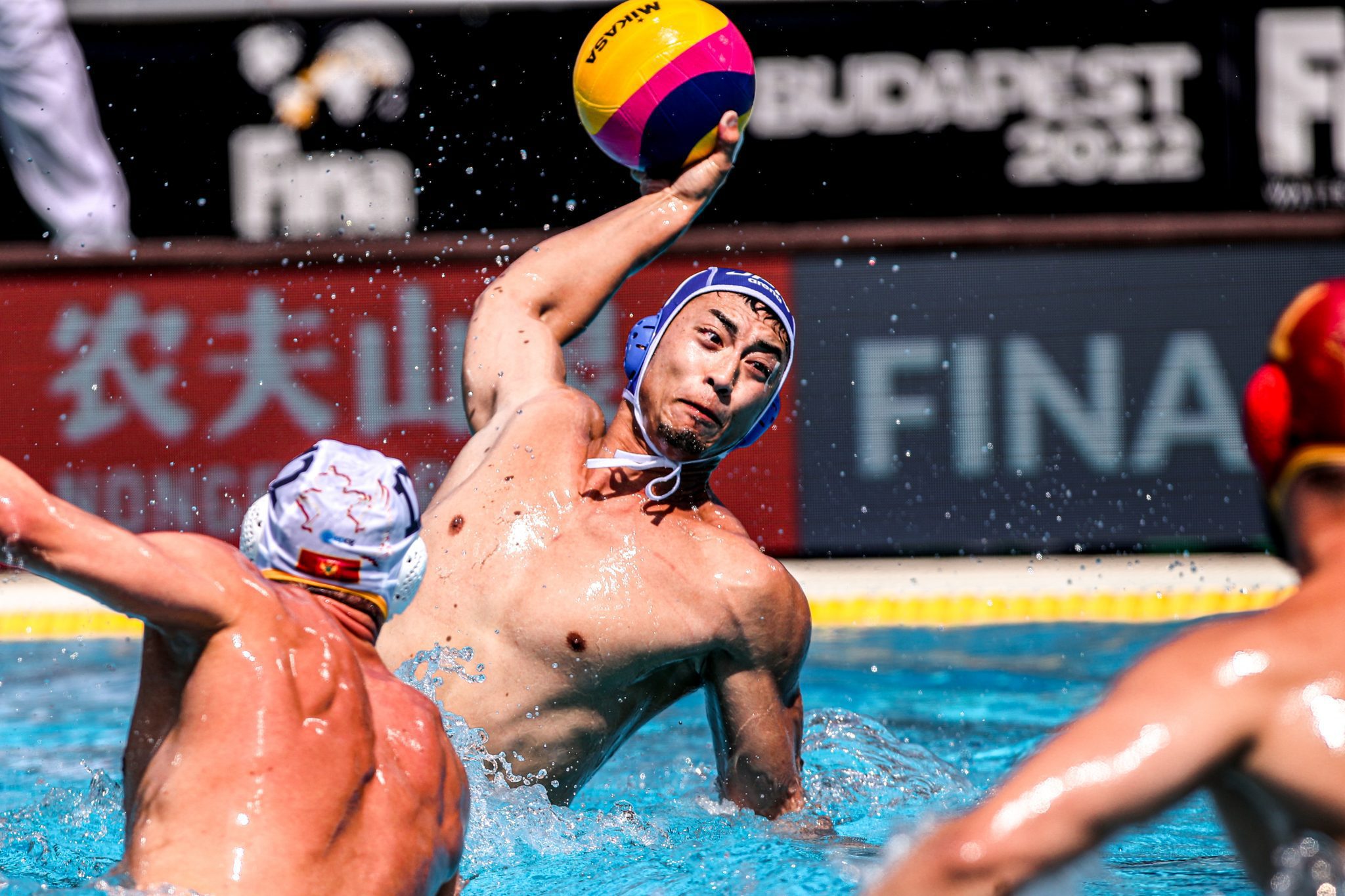 But, the persistent Japanese were able to come back. They netted four straight goals in 03:03 minutes. In the 13th minute, Adachi converted a penalty shot and gave Japan a 5:4 lead. Perkovic replied immediately, but shortly after, Inaba scored a power-play goal, and Japan had a slim 6:5 advantage before the third quarter.

The teams exchanged the goals in the third period. Matkovic leveled at 6:6. Takata made it 7:6 with an extra man when goalkeeper Lazovic was excluded. Perkovic answered for 7:7, but Suzuki made it 8:7. Perkovic closed the quarter with his third goal – 8:8. Japan had the last attack before the last break, but Lazovic posted a nice save after Araki’s shot. 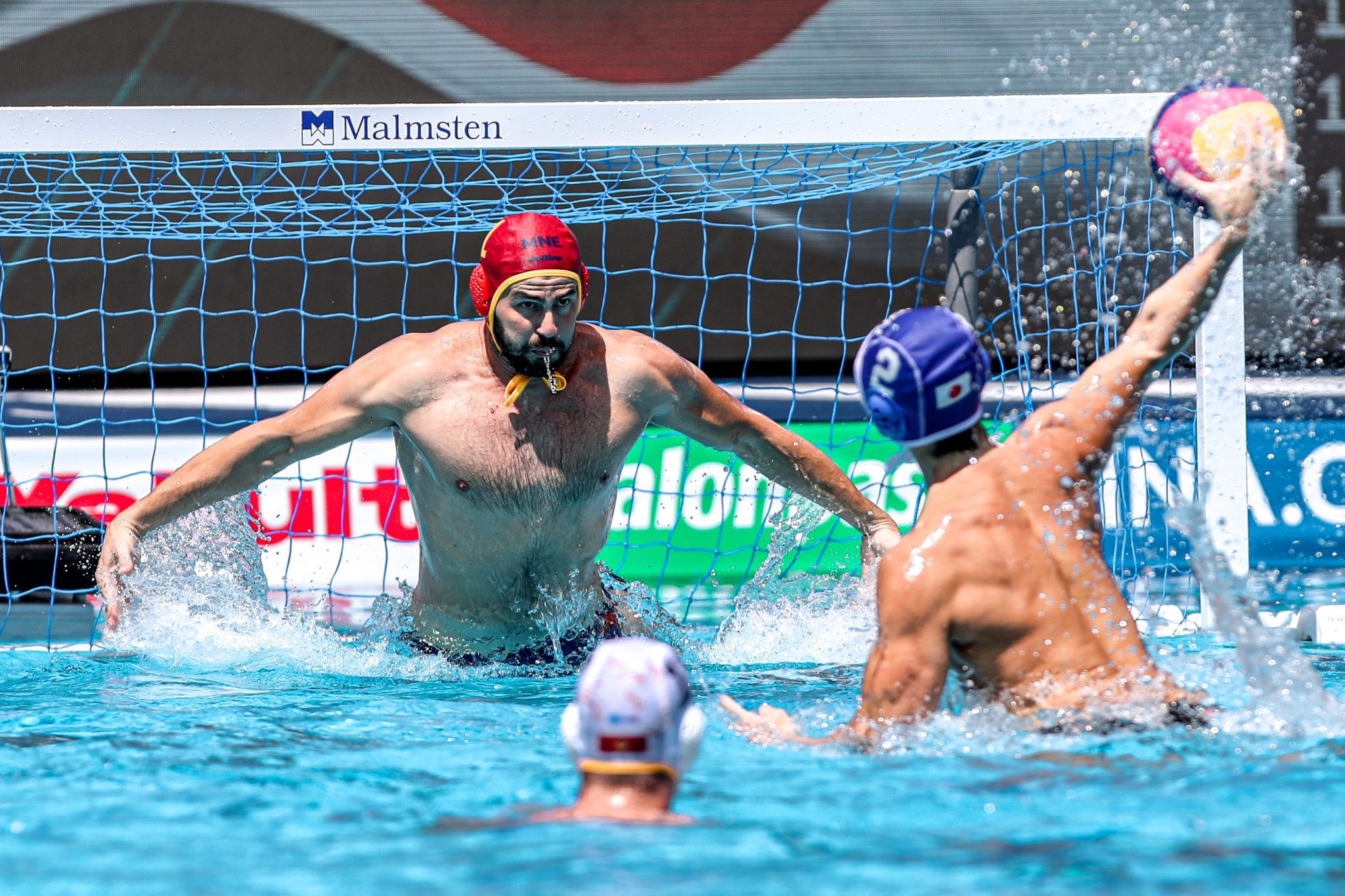 Montenegro tightened its defense after the last quarter. In the middle of the period, Petkovic scored to give Montenegro a 10:8 advantage. But, Japan didn’t say its last word. Arai hit the ball into the net for 9:10 with 63 seconds left on the clock.

The game had quite a strange finish. Montenegro had a man-up in its last attack, but it failed to convert it. Twenty seconds before the end, Fukushima saved a shot from Averka. Still, the ball went to the Montenegrins. They kept it until a second before the end. After the final buzzer, the players started leaving the pool. But, it wasn’t the end. Japan’s head coach called a time-out in the dying seconds. The referees and the delegate analyzed the video to see if the Japanese called a time-out while the ball was in Montenegro’s possession or after that. They decided to reset the clock to 0:01 second and awarded the ball to Montenegro, which could choose the possession or the penalty. The Montenegrins chose the first option. After a Montenegrin player touched the ball, the game was over

Croatia’s head coach Ivica Tucak had only 12 available players for this match. A day before the crossover round, FINA suspended Rino Buric for matches games for punching Araki in the game of the third round against Japan. The Croat was sent off after that foul because it was his third personal foul in the match. But, the referees didn’t call a brutality foul. Still, after the game and after the VAR review, FINA decided to suspend Buric because of hitting Araki under the water. FINA judged that it was brutality foul and suspended Buric for three games.

The Croatian Water Polo Federation will apply against this decision. So, we still don’t know if Buric will play against Serbia in the quarters. 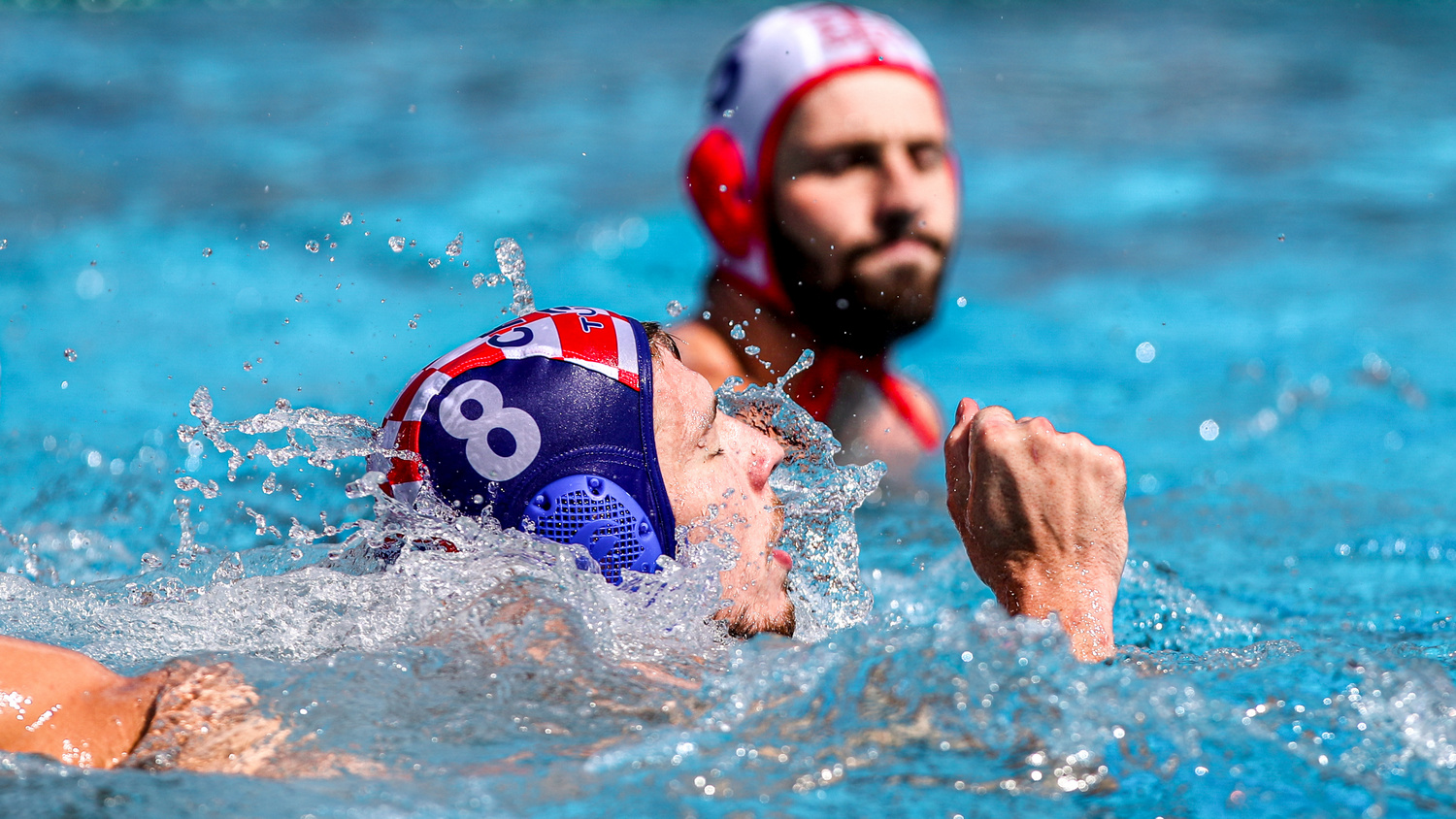 Georgia played very well in the group stage and was a tough opponent to Hungary and Montenegro. Still, the debutant at the Worlds kept up with Croatia only in the opening minutes. Georgia kept up with the 2019 World Championships bronze medalist until 3:3. After that, the Croats netted three action goals (Marinic Kragic, Krapic, Basic) and went to 6:3 (13th minute), which proved vital for their win as Georgia couldn’t come back. Vasic narrowed the gap in the 15th minute (4:6). Still, Croatia produced a 4:0 series to enter the final quarter leading 10:4 and there was no way back for Georgia. 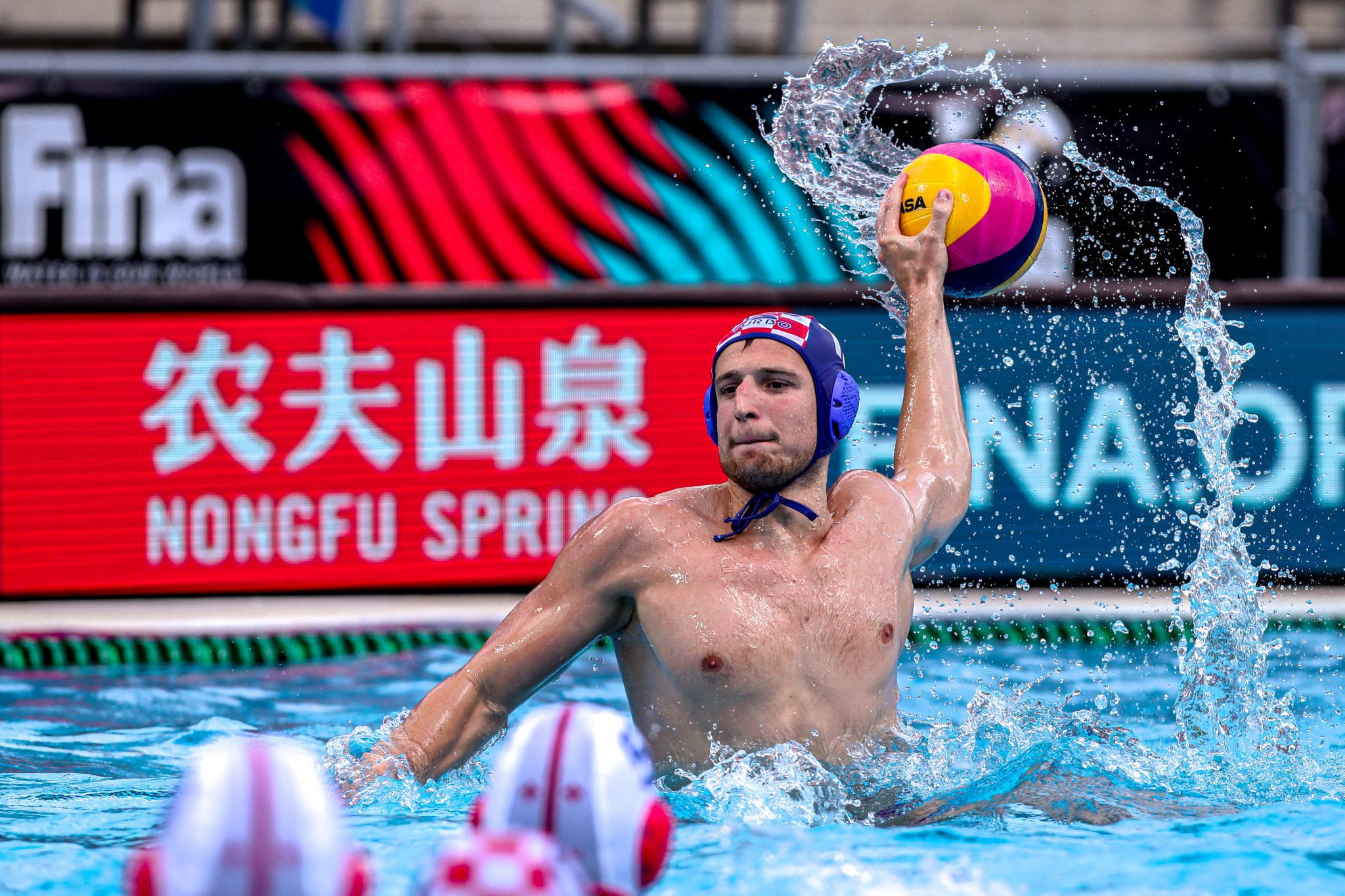 Croatia’s second goalkeeper Toni Popadic was in front of the goal for all 32 minutes, while Konstantin Kharkov and Jerko Marinic Kragic were the driving power of the attack.

Australia almost surprised Olympic champion Serbia in the group stage (Serbia won 6:5). But, today’s encounter proved that the cause for that result was primarily the bad play of Serbia. 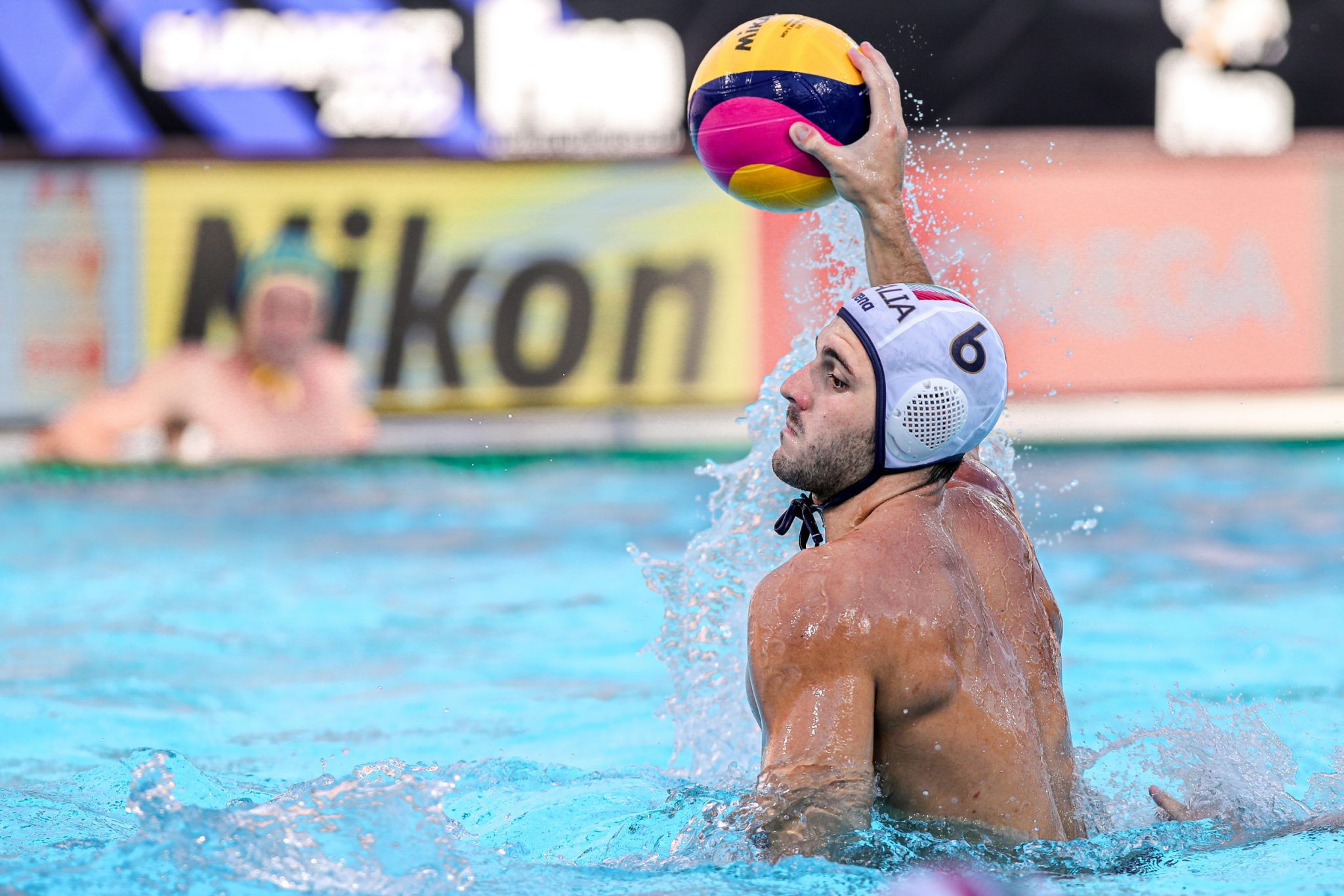 The World champions opened the game with a 4:0 blast, and it was more or less clear that Australia couldn’t surprise in this match. Australia got on the scoreboard in the 10th minute (Edwards converted a man-up for 1:4). The “Aussies” came even closer and reduced the gap to two goals twice (2:4 and 3:5). But, Italy didn’t let them go further and built a 7:3 lead by the middle break. The “Settebello” opened the third period with two goals (Cannella and Echenique) and went to 9:3. After that, only a winning margin was in question. Italy was very motivated to record a convincing win and stopped at 17:6.

Team USA had a very easy task today. The Africans probably would not have advanced to the crossover round if Canada hadn’t been disqualified from the group stage. 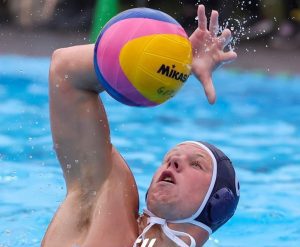 South Africa did its best, but the Americans are far better than them. The statistics say a lot. The Americans’ percentage of shots in the first quarter was 50%, but they already had a 6:0 lead after the first eight minutes. They added six goals in the second quarter. After the third period, Team USA’s shot percentage was 17/32, while South Africa had 17 attempts and still was without a goal. The Americans went to 22:0. Two minutes and 52 seconds before the end, the Africans finally got on the scoresheet.. Swanepoel found the net from the left. Shortly after, Stone scored from a counter-attack for 2:22. In the last 75 seconds, USA added two goals.

The game was an even contest, with several twists and turns, but Brazil led more often. In the middle of the fourth quarter, Brazil led 9:8. But, the Germans scored the last two goals in the game. Three minutes before the end, Strelezkij hit the back of the net for 10:9. There were no goals in the remaining time. Therefore, Germany will play against Kazakhstan in the 15th-place match.

Brazil finished the tournament without a win and in 15th place. The match for 15th place won’t be played, because Canada withdrew.

Road to the medals

All games will be played in Budapest

The schedule of the semifinals is subject to change.

The games will be played in Szeged