The seventh round of the Champions League Group A brought new excitement.

Barceloneta and Novi Beograd shared the points in the big match of the day. An interesting and quality game ended in a 12:12 draw.

Almost all teams have battled with Covid infections in the last several days. Many players were out of their teams because they tested positive for coronavirus this morning.

The group leader Brescia was hardly hit by coronavirus. Still, a decimated team of Brescia managed to defeat Jadran Split narrowly in a low-scoring encounter – 6:5. The Italians had only 10 players on the roster. But, it should be mentioned that Jadran also has had problems with coronavirus and was incomplete in this game.

Olympiacos defeated Radnicki 11:7 and kept 2nd place in the table. Ferencvaros did a clean job in Tbilisi, beating Dinamo 14:7.

The game was balanced from the beginning. Still, Novi Beograd dictated the pace for almost three quarters. However, Barceloneta earned a 3-goal lead in the fourth period, but Novi Beograd managed to come back and win a point.

Both teams were without their most experienced players – goalkeepers Dani Lopez (Barceloneta) and Olympic champion Gojko Pijetlovic (Novi Beograd). Rubio Aguirre, who is actually the first Barceloneta’s and Spain’s goal in this season, was in front of the hosts’ goal. Pijetlovic was replaced by Brazilian Joao Pedro Coimbra Serra, who moved from Barceloneta to Novi Beograd last summer.  Besides Gojko Pijetlovic, another Olympic champion – Nikola Jaksic wasn’t able to play today.

The rivals played well in defense in the first quarter. The goalkeepers were up to the task, so the first goal came 65 seconds before the first break when Gogov converted a man up to give Novi Beograd a 1:0 lead.

A balanced battle continued in the second quarter, but with more goals. Perrone put Barceloneta on the scoreboard in the 10th minute, from a penalty. But, Novi Beograd quickly responded with two goals (Vucinic and Vlachopoulos) and the visitors earned a 2-goal lead (3:1). Barceloneta struck back with a 4:1 series. Munarriz put Barceloneta in front with a shot from a distance (5:4) in the 15th minute, but Strahinja Rasovic scored an equalizer in the next attack (5:5).

The 2021 Total Player Dusan Mandic was guarded excellently by Barceloneta’s players in the first half. Novi Beograd’s captain got on the scoresheet with a brilliant goal from 7 meters in the middle of the third and the visitors earned a 6:5 lead. The Serbs had 7:6, too. Still, Barceloneta entered the final quarter with an 8:7 advantage because Asensio netted two goals in the last 64 seconds of this quarter.

The hosts kept their momentum after the last break. In their first possession in the fourth quarter, De Toro scored from a rebound for 9:7. Then, Novi Beograd lost the ball, and Alvaro Granados finished a counterattack with a goal for 10:7. After a quick exchange of goals in the next two attacks, Barceloneta had an 11:8 lead. In the middle of the quarter, the visitors cut the deficit (10:11). Alvaro Granados found the net from a distance with 02:47 remaining on the clock to double the Spaniards’ advantage (12:10). Strahinja Rasovic made it 11:12 immediately. Strahinja Rasovic scored the last goal in the match. In Novi Beograd’s last possession, he found some free space in the center-forward position. His brother Viktor assisted Strahinja who scored his fifth goal for 12:12 at 00:27 (both brothers Rasovic played for Barceloneta a few seasons ago). Novi Beograd didn’t let Barceloneta shoot in the last attack, and the rivals shared the points.

Alvaro Granados and Strahinja Rasovic were the best scorers. Each found the net five times. 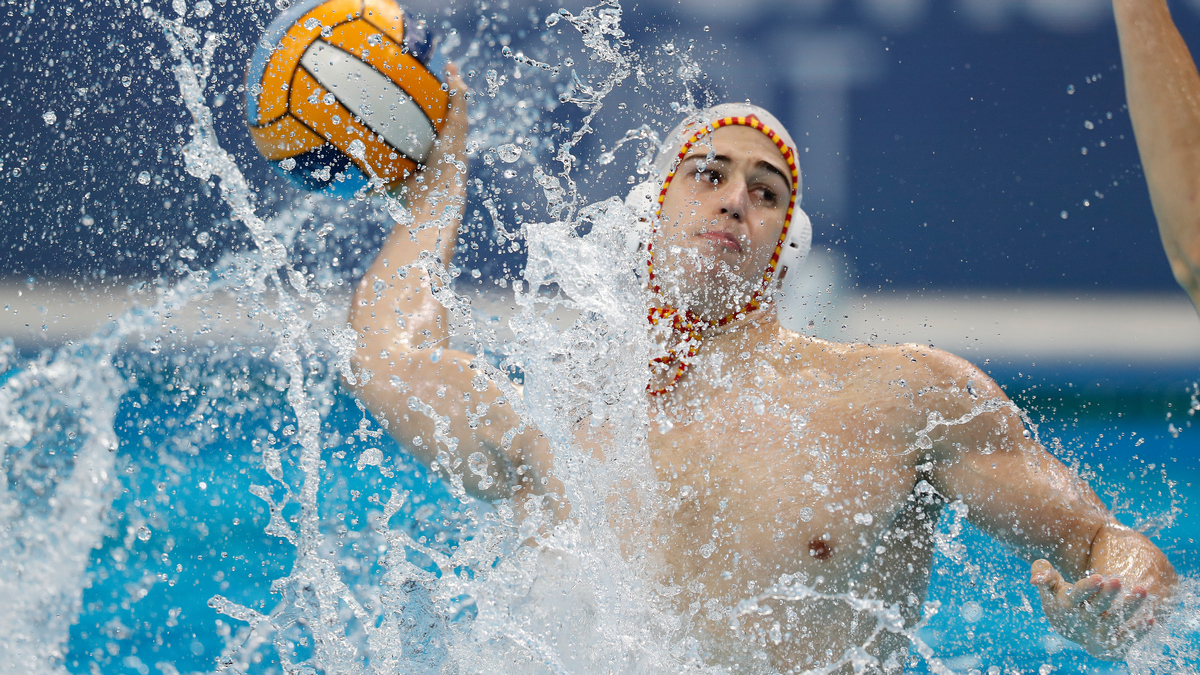 Barceloneta couldn’t be happy after this score. The Spaniards lost valuable points at home in their efforts to reach the F8. They will have a chance for revenge in two weeks when Novi Beograd will host Barceloneta.

Five players of Brescia tested positive for Covid today (Vapenski, Alesiani, Renzuto, T.Gianazza), and head coach Bovo had only ten available players for this match. There were eight field players and two goalkeepers on the team, but the second goalie Matteo Gianazza wore a white cap and was ready to help the teammates as a field player. Jadran was also decimated because of coronavirus infections. Jadran’s coach Smodlaka had 12 available players (11 field players and goalkeeper) in the visitors’ rejuvenated team. Setka and Butic were missing, while a few players had just recovered from illnesses.

The only goal in the second quarter was scored by Jadran’s Konstantin Kharkov, who converted a man-up in the 15th minute and leveled at 2:2.

Defenses dominated the third period, as well as in the second. Luka Bukic netted an action goal 77 seconds before the last break and Jadran went in front (3:2). Still, Dolce equalized just five seconds from the buzzer.

The fourth period saw five goals. Delic gave Jadran a 4:3 lead. But, in the middle of the period, Brescia scored three unanswered goals in a span of 01:22 minutes (Luongo, Di Somma, Dolce) and the hosts turned around a slim deficit to a 6:4 lead. Jadran’s Stojanac netted a consolation goal in the last minute.

Radnicki didn’t surprise Olympiacos. The Greeks returned to the winning streak, after losing to Brescia in the sixth round, but the game was open until the fourth period. Radnicki offered strong resistance. 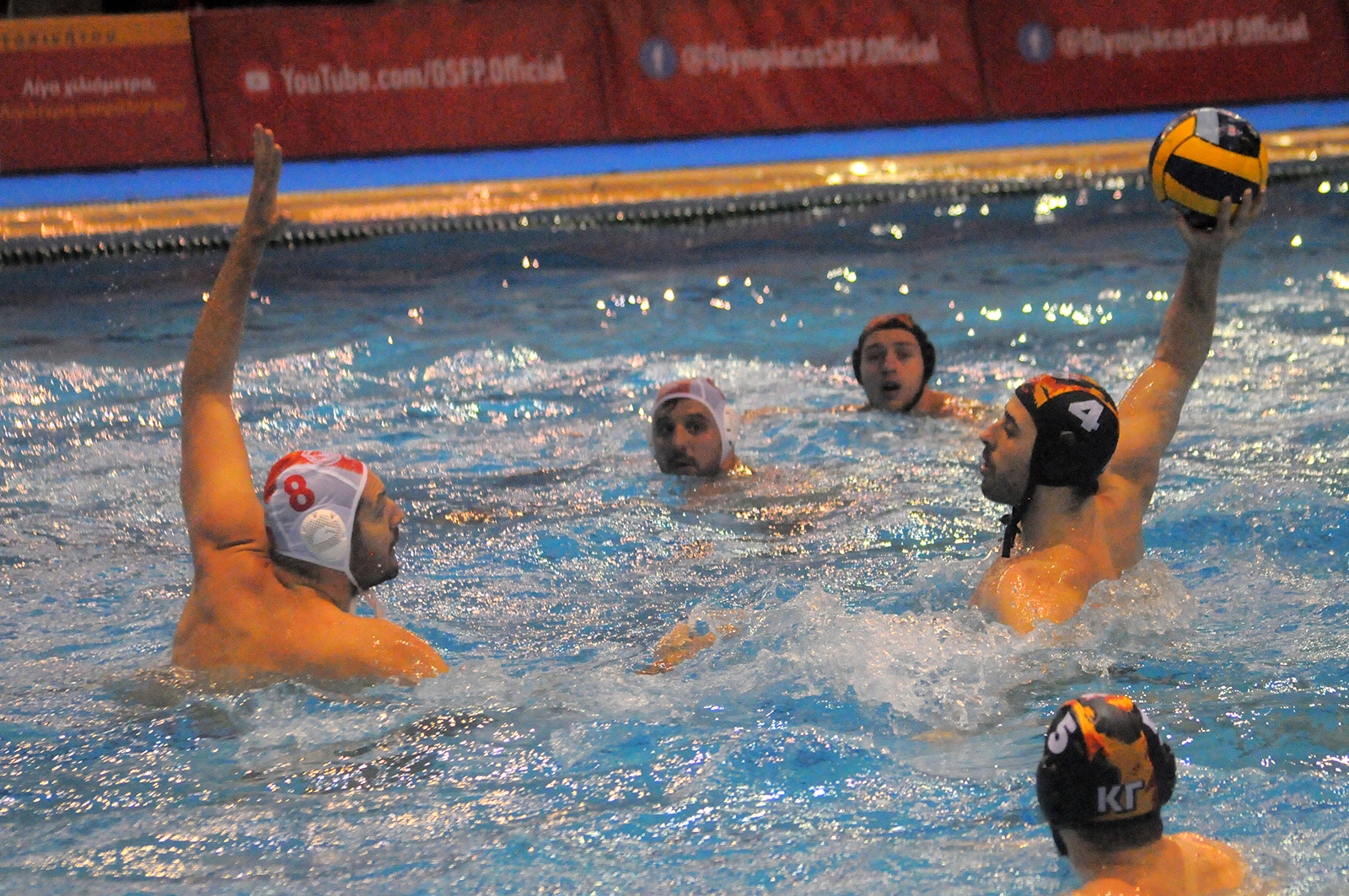 The Serbs, who arrived in Athens without first goalkeeper Lazar Dobozanov, went ahead in the early stage of the game (1:0 and 2:1). Olympiacos, led by Fountoulis and Mourikis, responded with a 5:1 run and went to 6:3 midway through the second period. In the last minute of the first half, Milos Cuk netted for 4:6.

The third period was balanced. Olympiacos secured the win in the first four minutes of the final period. In the 25th minute, the hosts netted two goals within 25 seconds and built a four-goal lead for the first time (9:5). Radnicki missed a man-up in the 28th minute. Immediately after, Ioannis Fountoulis found the net from the counterattack, stretched the margin to five (10:5) and closed the contest.

Ferencvaros left no chance to Dinamo Tbilisi. The former European champion played excellently in defense in the first half. The Hungarians stormed to a 5:0 lead before Dinamo scored its first goal. The hosts got on the scoreboard only 17 seconds before the middle break. The visitors controlled the game in the second half and recorded an easy win. Ferencvaros played without Denes Varga, while Dinamo had 12 players on the roster (one goalkeeper and 11 field players). First goalie Irakli Razmadze missed the game. Dinamo’s Dusan Vasic was the best scorer (4 goals). Nemanja Ubovic and Szilad Jansik netted three each for Ferencvaros.