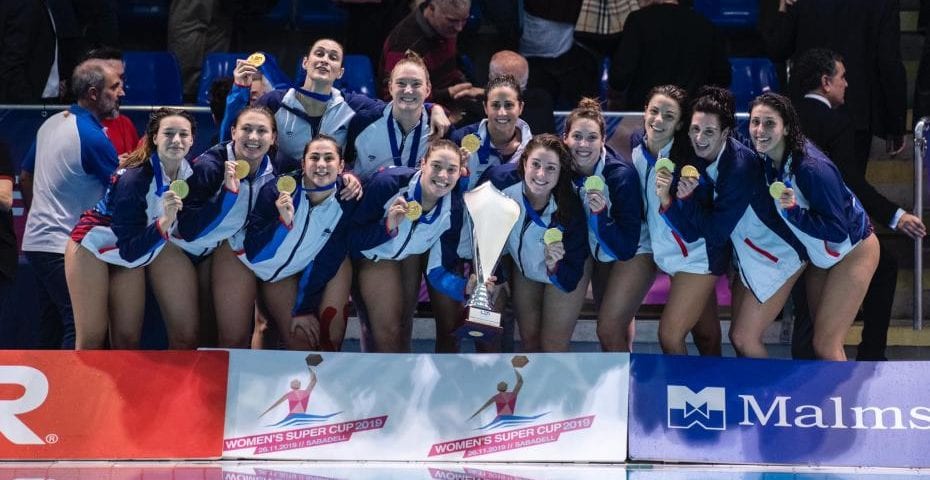 Ekipe Orizzonte from Catania, the most successful female water polo club in Europe, clinched a new trophy. Orizzonte won the LEN Super Cup. The Italians defeated Spanish Sabadell 13:11 in the match for the trophy, that was played in Sabadell this evening.

The first half, in which Orizzonte built a big advantage, was crucial for the outcome.

Orizzonte earned a 3:1 lead in the first period. The hosts opened the second quarter with a goal for 2:3. Orizzonte, led by Arianna Garibotti, responded strongly. The Italians scored six unanswered goals until the end of the second period. At halftime, they had a huge 9:2 advantage.

But, the Spaniards, boosted by their supporters, managed to come back. By the end of the third quarter, Sabadell reduced the gap to 3 (8:11).

Orizzonte scored two goals in a span of 24 seconds to go 13:8 up in the 3rd minute of the last quarter. Sabadell didn’t surrender. The hosts came very close to the Italian side (11:13) with 02:15 to go. But, there were no goals in the remaining time. Orizzonte kept the 2-goal advantage and won the trophy.

The Italians took revenge for the loss to Sabadell in the last season. The Spaniards ousted Orizzonte in the quarterfinals of the LEN Euro League (Sabadell won 12:9 in Sicily, while the match in Spain was ended in an 11:11 draw). That loss sent the Italians to the LEN Trophy, which they won in the end. Sabadell clinched the title of the European champion, by defeating Olympiacos in the final game.