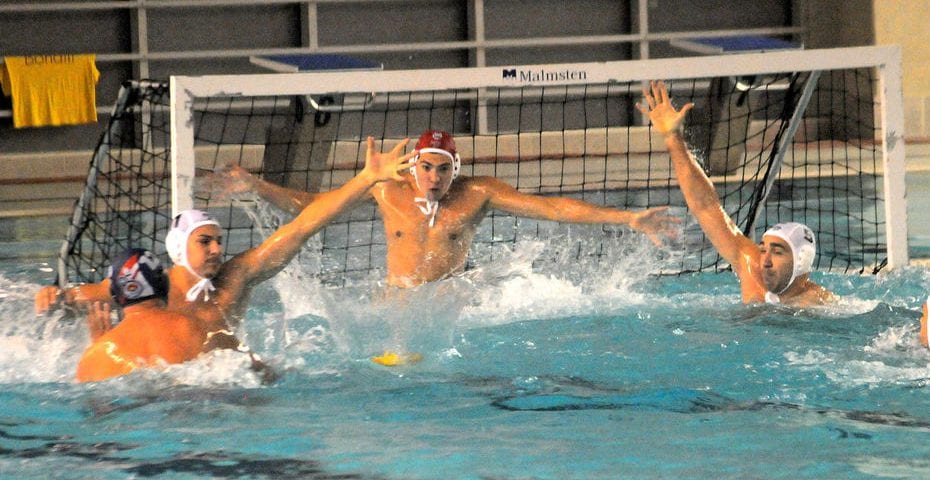 The Champions League Qualifications started today in Syracuse and Budapest. Four games were on the schedule of Day 1.

OSC Budapest (Hungary) opened the tournament in the capital of Hungary with a 12:9 victory over Tourcoing (France). Radnicki Kragujevac (Serbia) defeated Sintez Kazan (Russia) 16:14 after a great comeback.

Tomorrow, ten games will be played. According to the initial schedule, 12 matches were planned on November 12. But, instead of 18, only 16 teams take part in the qualifications. Ydraikos (Greece) confirmed withdrawal from the tournament in Syracuse, due to travel problems. We reported about their problems yesterday. Besides, Turkish Enka won’t show up in Budapest because several players tested positive for COVID-19.

The encounter between Ortigia and Steaua opened the new European water polo season. It was the 1st international official water polo match in Europe after eight months. At the same time, this was Ortigia’s debut in the Champions League. The Sicilians played excellently in defense, which was led by an experienced goalkeeper Stefano Tempesti. Ortigia earned a 3:0 lead in the first quarter and had a 4:1 advantage early in the second period. Steaua came back and cut the deficit by halftime (3:4). The Italians kept the visitors goalless in the second half of the game and cruised to a big 9:3 win.

The first half was crucial for the outcome of the match between Jadran Split and Primorac.The Croats took a flying start and gained a 4:0 lead before the Montenegrins scored their first goal. Jadran controlled the match. Early in the third period, the Split-based side built a 6-goal lead for the first time (8:2) and there was no way back for Primorac.

Schedule for tomorrow
Subgroup A1

OSC needed a lot of time to break Tourcoing. The home side earned a 3-goal lead after three minutes of play in the second period (5:2), but the persistent French didn’t give in, and they were just a goal or two behind the Hungarians during the 2nd and third period. In the middle of the third period, Tourcoing trailed 7:8. OSC’s Krisztian Manhercz scored two goals in the last 76 seconds of this period, the hosts jumped to a 10:7 lead, and that proved vital for their win.

In the second quarter of the fierce battle between Radnicki and Sintez, the Serbs were four goals down (1:5, 2:6, 3:7, and 4:8 at halftime). It seemed that the Russians would come out as the winners. But, Radnicki, led by Strahinja Rasovic and Nemanja Stanojevic, was outstanding in the third quarter of the game. Two minutes from the last break, Russian Nikita Krug gave Radnicki a 10:9 lead. His fellow countrymen from Sintez managed to equalize shortly after (10:10), but the Serbian team entered the final quarter leading 11:10. Radnicki opened the fourth period excellently. The Serbian club scored four unanswered goals within 2:33 minutes and earned a significant 15:10 lead with 04:17 minutes remaining on the clock. From the start of the third period until the middle of the fourth quarter, Radnicki produced an 11:2 run. The Russian champion couldn’t recover from that shock.