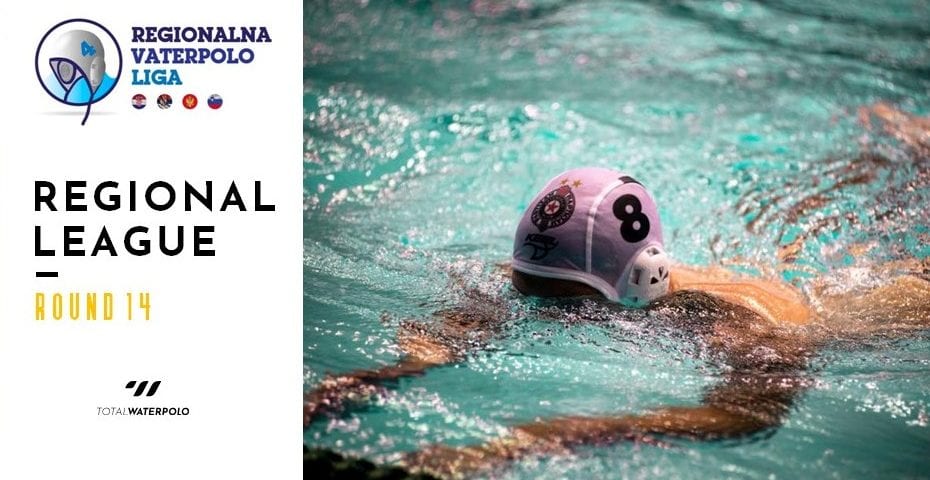 Primorac defeated narrowly Partizan 10:9 in the last match of the regular season of the Regional League.

Primorac water polo players climbed into the 8th place in the table and secured themselves a spot in the A1 Regional League next season. Partizan remains in the last place. The Serbian club will play in the relegation playoffs against Primorje Rijeka (Croatia), the 3rd-placed team in the A2 League.

The match Primorac – Partizan was supposed to be played yesterday, but it was postponed because of the incidents in the stands. Today’s game was held with no spectators.

The encounter was a hard battle from the beginning. After the balanced first period (2:2), Partizan had a 6:5 lead at halftime. Primorac equalized twice in the third quarter (6:6 and 7:7). Midway through the third period Partizan netted two goals and earned a 9:7 lead. For the first time, the distance between the sides was larger than a goal.
Partizan maintained a 2-goal advantage until the last break and it seemed that the Serbs could win three points. A victory would move them from the last position. On the other side, Primorac needed a point to retain the 9th position.

But, the visitors couldn’t find the net in the final eight minutes, while Primorac scored three goals and celebrated a 10:9 victory.

Last season, Partizan also played in the relegation playoffs and was better than Solaris Sibenik. The match in Sibenik was ended in a tie (9:9), while Partizan recorded 13:9 victory on home soil. In the season 2018/19, the last-placed team was relegated directly, while Partizan had finished 9th and played in the playoffs against Solaris.

Playoffs in middle of March, Final Four early in April

Partizan and Primorje will face in the relegation playoffs in the middle of March. On March 14th, Primorje will host Partizan. The return leg is in Belgrade seven days later.

On Friday, the Regional League Board decided that 12 teams will play in the A1 League next season. The league will be renamed to the Premier League.

The current season will be completed early in April. The Final Four will be played in Dubrovnik (3-4 April). In the semifinals, Jug will face Jadran Split, while Mladost will play against Jadran Herceg Novi.