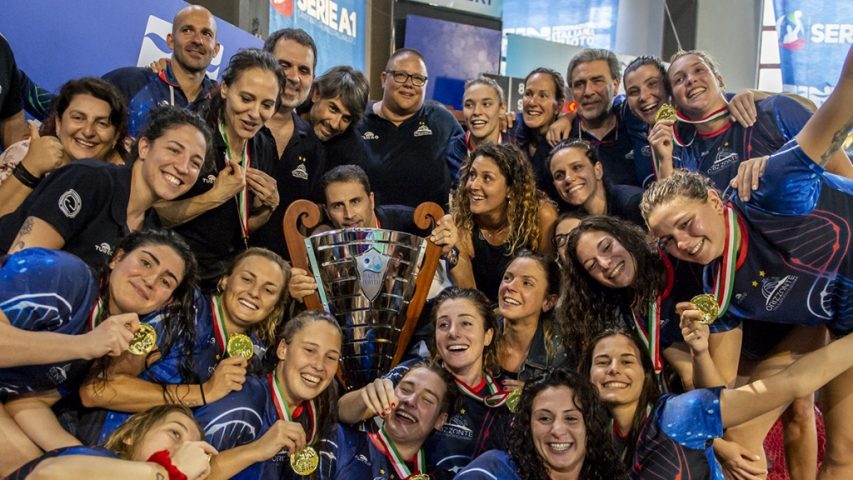 Ekipe Orizzonte have won the Italian Women’s Scudetto for the 22nd time in their history, winning the fourth game of a best of five series on penalties (15-14) against the four-time Italian Champions, Plebiscito Padova.

The side from Sicily won the first two play off matches; with a 10-11 win away from home in the first contest (thanks to a goal on the buzzer from the Aussie Bronte Halligan), before securing an 8-6 win in front of a home crowd. Plebiscito did half the deficit with a 12-10 win last Thursday, but with the fourth game finishing 8-8 in regulation time, Orizzonte Catania held their nerve to end the series at 3-1.

Martina Myceli, the Ekipe head coach and Olympic Gold Medalist from Athens 2004, has added yet another title to Orizzonte’s trophy cabinet, retaining their title from last season. Despite a slight decline over the last decade, they have now won three of the last four Italian Leagues (2020 cancelled due to Covid-19). The next step for them in their progression is to get back to challenging for the Euro League – a competition they have won more times than any other club (8).

Plebiscito fought hard until the end, and while they ultimately fell short in their domestic league, they will still look back very fondly on this season as one of success. Unlike Orizzonte, Plebiscito enjoyed a very healthy European campaign this season which saw them finish 3rd at the Euro League. Their Head Coach, Stefano Posterivo continues to do a fantastic job at the club – which is reflected in his re-appointment back to the Canadian National Team Coaching set-up.