The swimming pool in the Spanish city Manresa has been officially named after Manuel Estiarte (60), one of the best water polo players in history. Estiarte, the only water polo player who played at six Olympic Games (1980 – 2000), was born in Manresa and started his career in the local club Minorisa.

Last year, the City Council of Manresa accepted Minorisa’s proposal to rename the pool. The official ceremony of renaming the pool was held on Wednesday, on the occasion of a friendly match between the women’s teams of Catalonia and the USA. The Americans, who are preparing for the FINA World League, which will be held next week in Athens, won 13:12.

There were a lot of guests at the ceremony. One of them attracted a lot of attention from local media and fans. Pep Guardiola, the manager of the football club Manchester City, attended the match. Manchester City finished 2nd in the UEFA Champions League and won the Premier League this season,

Manchester City’s coach had a good reason to come to Manresa. Guardiola and Estiarte have been friends for a long time. Estiarte is currently a member of Guardiola’s coaching staff in Manchester City. Estiarte was Guardiola’s assistant in Barcelona and Bayern Munich, as well. 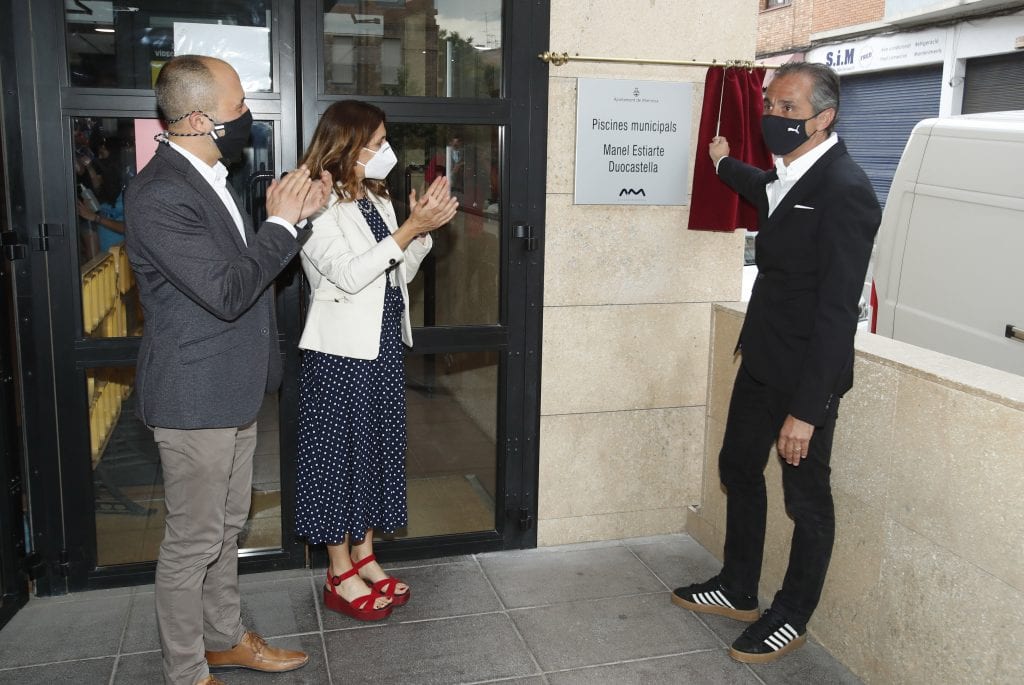