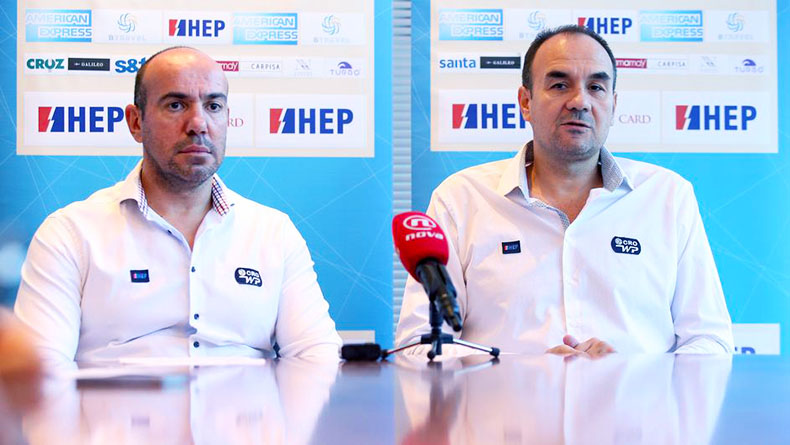 In response to the Serbian request, Perica Bukić and Ivica Tucak commented with a report, voicing the opinion the Croatian Water Polo Federation has regarding the situation.

Although they openly condemned the attack, reacting fast against it and ultimately making sure that each new visit will have a guaranteed safety for the Serbian players, they weren’t pleased with the news. They found the Serbian demand radical due to its contents of crossing out Dalmatia and its surroundings as a possible place to continue the League. As a solution, Serbs proposed that the rest of those games were to be played in Serbia, or in the “safe pools” that are situated in Croatia.

“We’re open to resolving this situation, but if the Serbs persist in their request, the Regional League won’t exist anymore, at least not in its current form,” said Bukić. “I will again express how I detest what happened in Split, but it’s impossible to achieve the requested.”

“This is a bad decision coming from the Serbian Federation,” said Ivica Tucak. “The Croatian Water Polo Federation reacted instantly and emphasized how this kind of behavior will not be tolerated.”

The request and conclusion of the Serbian Water Polo Federation and clubs are unfortunately impractical, which only indicates the end of cooperation and their departure from the common water polo league. We deeply believe that the resolution of the situation could be approached differently, especially after the official letter sent by the Police Administration of Split-Dalmatia guaranteeing the safety of all future participants of water polo bidding, which was sent to the Competition Commission.

For the Croatian Water Polo Federation, and I am convinced all the Croatian clubs, it is completely unacceptable that all of our 7 clubs (Jadran, Mornar BS, POŠK, Jug CO, Solaris, Zadar 1952 and Galeb MR) play only the away matches.

Expressing once more the regret and the absolute condemnation of the incident that occurred in Split, I must stress that it is completely impossible to meet the demand of the Serbian Federation. If we were to speculate, regarding Serbia’s request, I would say that the league can continue when we build an Olympic swimming pool in Gospić, which is the first big city more than 200 kilometers away from Split. Unfortunately, the decision of the Serbian Federation for Dalmatia can only be read as a withdrawal from the Regional League.

I believe that it is not in the spirit of partnership and sporting relations to make such radical decisions without any prior consultation with other member states of the League, and above all with Croatian Water Polo Federation as directly involved.

Regarding all the above, if the clubs from Serbia are ready to play the final of this season as it is predicted, we will support this position in Croatia.

If, however, the Water Polo Federation of Serbia truly wants to no longer play in Dalmatia, it is obvious that the league in the former format will no longer exist. The Regional League is, I remind, created on a joint initiative and in the light of common sense. That is how we formed it, and that is how we can end it.