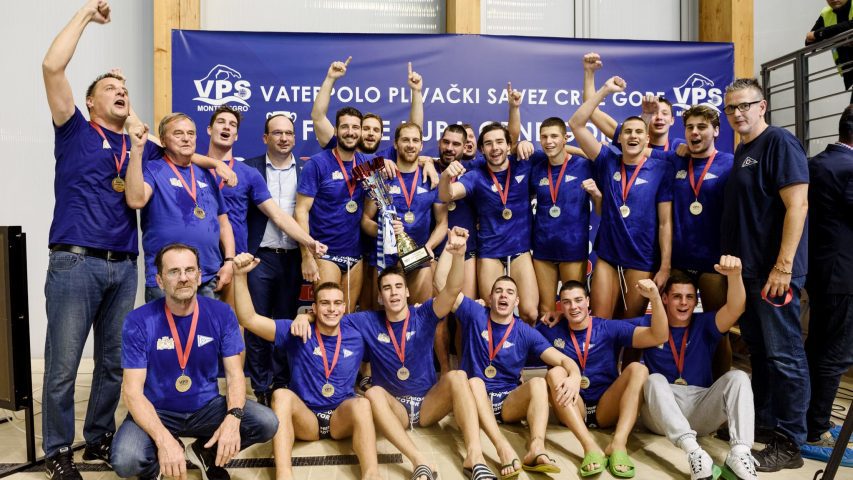 Jadran’s domination in Montenegro has come to an end.

Primorac Kotor defeated Jadran Herceg Novi in a thrilling final of the Montenegrin Cup, played in Podgorica this evening – 10:9.

This is only the second Montenegrin Cup for Primorac. The Kotor-based club won its first Montenegrin Cup in 2010. Next year, the trophy belonged to Budva. After that, Jadran won 10 straight Cups, but the Herceg Novi-based side didn’t extend that row of successes.

Last week, Primorac defeated Jadran 6:5 in the 6th round of the Montenegrin Cup qualifications, That game had no importance for the standings (Primorac and Jadran had qualified for the final before that game). Still, the score indicated that Primorac might dethrone Jadran. And, that happened this evening.

The final was a hard battle from the beginning. Jadran started better, but Primorac led 5:4 at halftime. In the 18th minute, Primorac’s Matkovic scored on an extra for 6:4. Two goals separated the rivals for the first time. Primorac had a 7:5 advantage in the middle of the third period, but Jadran halved the distance (6:7) 39 seconds before the last break.

Gopcevic gave Primorac an 8:6 lead with an action goal (26th minute). Still, Jadran managed to equalize two minutes after. Petkovic found the net for 8:8. But, Primorac went in front with a goal scored in the next possession (Matkovic – 9:8).
Djordjije Stanojevic found the net with an extra player three and a half minutes from the end and Primorac had a 2-goal lead again (10:8). Both teams fought hard until the end. Jadran cut the deficit to 9:10 forty seconds before the final buzzer and had the last 12 seconds in the match to equalize, but Primorac saved the slim advantage and won the trophy.

If we take a look at the statistics, a man-up conversion made the difference. Jadran scored only one goal with an extra player (shots 1/4), while Primorac netted five goals with a power-play advantage (5/8)

After today’s victory, Primorac has five national Cups in its treasury – three won in Yugoslavia and two in Montenegro. Interestingly, Primorac was the European champion in 2009. But, the Kotor-based did not win any of the two domestic trophies that season.

Budva defeated Cattaro in the third-place match, played in Podgorica,too. Everything was decided in the first half of the match. Cattaro couldn’t come back after being five goals down at half time, and Budva won bronze.

More news about water polo in Montenegro, Serbia and Croatia