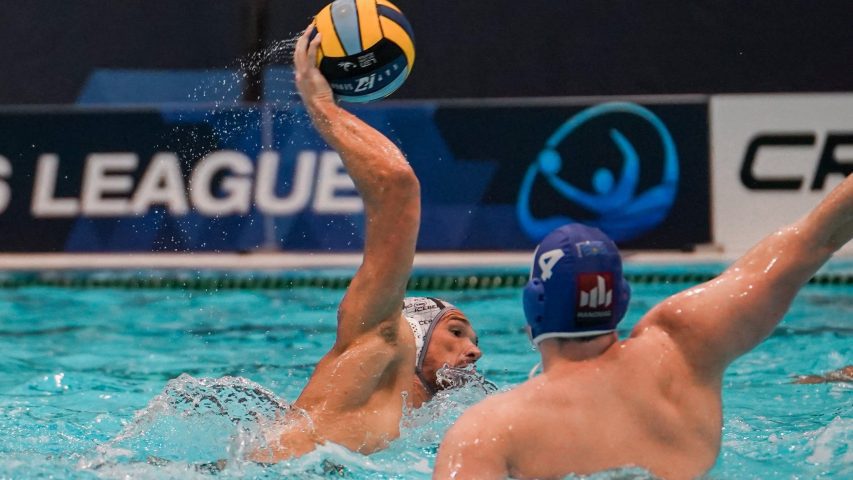 The Preliminary Stage of the Champions League is coming to an end.

The 10th round, scheduled for Tuesday and Wednesday, will be “a match point” for two clubs.

Title-holder Pro Recco and Marseille have opportunities to secure the Final Eight berths tomorrow and join Novi Beograd, which qualified for the F8 as the host.

Pro Recco and Marseille have won 24 points in Group B and share 1st and 2nd place.

On Tuesday, Pro Recco will host OSC Budapest, while Marseille will play against Hannover in Germany. If the French and the Italians don’t suffer losses, they will secure spots among the best four teams in the group. Pro Recco and Marseille are 13 points ahead of 5th-placed Hannover. Therefore if the distance remains the same after the 10th matchday, the Germans won’t be able to catch up with Pro Recco and Marseille in the remaining four rounds. Spandau 04 (6th place), Steaua (7th place), and Crvena Zvezda are already far from the leading duo.

Both Marseille and Pro Recco are the favorites in tomorrow’s matches. Pro Recco beat OSC in Budapest convincingly (14:8). Marseille water polo players had some ups and downs in the first game against Hannover in France, but they recorded a solid 13:10 victory.

Many players of Marseille and Hannover played against each other last week, as members of their national teams. Germany and France shared the points (9:9) in the European Championships Qualifiers. There is no doubt that the national teams’ players are tired, but foreigners may make a difference in this match.

Jug Dubrovnik will host Crvena Zvezda in Dubrovnik. The Croats hold 3rd place. They are on the way to the Final Eight, and Crvena Zvezda is practically out of the race for spots at the final tournament. But, the Serbs will be guided by Serbia’s head coach Dejan Savic, who led Crvena Zvezda to the Champions League title in 2013. Today, the Belgrade-based club officially confirmed that Savic had been appointed as the new head coach. Savic’s return might be an additional motive for the players to end a winless streak in the matches against the team from Dubrovnik. Jug has beaten Crvena Zvezda twice this season – 16:13 in the Champions League and 17:12 in the Regional League.

“Crvena Zvezda comes to Dubrovnik with a new coach who is perhaps the best in the world and that gives another dimension to their team. It is certain that it will not be an easy match, especially since we will not be complete (three young players are missing – Ed), but I believe in my players and I hope for another victory in the Champions League.”

“Two difficult weeks are behind our team. There is no doubt that the change of coach and the rhythm of  the work affected the players. We hope to play a quality game, although the players are tired from Saturday’s match against Novi Beograd where we won and showed that we could match the best teams.”

Spandau, which has slim chances of reaching the F8, travels to Bucharest to face Steaua.

The situation in a battle for the F8 berths in Group A is quite complicated. Novi Beograd, which is currently in 2nd place, is qualified. Brescia, Ferencvaros, Olympiacos, Barceloneta and even Jadran Split are still in the race for the remaining three tickets.

The group leader Brescia enjoys a comfortable 9-point advantage ahead of Ferencvaros and Olympiacos, which share 3rd and 4th place.

The Italian champion hosts Novi Beograd on Wednesday. The first encounter between the two teams, played in Belgrade, ended in an 11:11 draw. The Italians secured the point with two late goals in dying seconds. Novi Beograd has no pressure, but it has a clear goal in each match.

“We will have a demanding task in Brescia. The Italian champion has played the best water polo in Group A since the start of the season. But we have a lot of self-confidence. We will do our best to win the three points in Italy.”, Dusan Mandic, Novi Beograd’s captain and the 2021 Total Player Award winner, said at today’s press conference.

As usual, there will be several derby games in Group B.

Two former European champions, Ferencvaros and Barceloneta, will meet in Budapest. They shared the points in Barcelona in December (12:12). A new tie will satisfy neither of the teams.

An exciting game is on sight in Split. After two consecutive losses (to Radnicki in Kragujevac and to Brescia in Athens), Olympiacos comes to Split to play against Jadran. The leader of the Croatian League is encouraged by a win against Ferencvaros. The Croats kept their hopes of reaching the F8 alive. Olympiacos will have a new complex challenge.