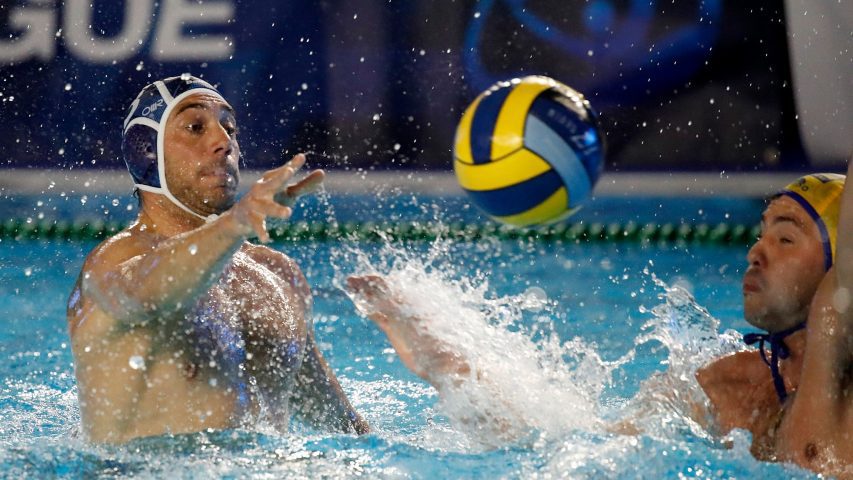 Pro Recco qualified for the final of the Italian League playoffs, while Brescia and Trieste will play a third semifinal match.

Recco earned a hard-fought win over Savona (9:7) in the second semifinal match and advanced to the final.

Title-holder Brescia defeated Trieste in a “crazy” game that ended after a penalty shootout. Brescia started excellently and gained a 7:0 lead. But, the Italian champion wasted this big 7-goal advantage. In the middle of the fourth period, Trieste went in front (9:8). Still, Brescia managed to equalize (9:9) and the match entered a penalty shootout. Brescia recorded a 14:13 victory and prolonged the semifinal series.

Telimar  and Ortigia recorded victories in today’s games of the 5th-place playoffs.

Last week, Trieste edged out Brescia (11:10) and had a chance to secure a ticket for the final in the home field. But, the Italian champion got off to a flying start. After a 3:0 first quarter, the visitors added four goals in the first four minutes of the second period to earn a 7:0 lead. Trieste got on the scoreboard after 13 minutes and 43 seconds of the game. Shortly after, the hosts scored one more goal for 2:7. Two seconds before the middle break, Brescia’s center-forward Nicolas Constantin Bicari found the net for 8:2 and Brescia had a fine 6-goal advantage before the second half.

But, the second half was a completely different story. The rivals switched roles. Trieste became the team that dominated. The hosts scored seven unanswered goals and gained a 9:8 lead with 02:54 minutes left on the clock. In the next attack, Brescia’s captain Christian Presciutti ended his team’s goalless phase that lasted for 13:39 minutes. He netted his third goal to level at 9:9. Nobody could find the net in the remaining 02:23 minutes and the match entered the penalty shootout.

In the first five rounds of shots, the goalkeepers (Trieste’s Oliva and Brescia’s Tesanovic) posted a save each, and the score was 4:4. Trieste’s Mezzaroba missed in the 6th round, but Oliva saved a shot from Renzuto and the drama continued. Tesanovic blocked Mezzarobba’s shot in the 7th series. At the other end of the pool, Christian Presciutti made no mistake, he hit the back of the net and Brescia recorded a 14:13 win.

Undoubtedly, goalkeeper Tesanovic and Brescia’s captain Presciutti were the heroes. Christian Presciutti scored three goals in a regular time, including the equalizer and two in the shootout.

The third match is scheduled for May 18.

Pro Recco defeated Savona convincingly (14:6) in the first match, so many thought that the European champion wouldn’t have a challenging task in the second encounter. However, Recco needed a lot of time to secure the win in Savona.

At halftime, Savona led 5:4. In the 19th minute, Patchaliev doubled the hosts’ advantage (6:4). Shortly after, Gonzalo Echenique converted a man up for 6:5. A few minutes after, Matteo Aicardi added another power-play goal and leveled at 6:6. Recco took control. Younger gave the visitors a 7:6 lead (27th minute). Aleksandar Ivovic made it 8:6. Recco kept Savona scoreless for more than 12 minutes. Iocchi Gratta broke the hosts’ silence, scoring a power-play goal with 01:40 minutes left on the clock. However, Younger replied immediately, converting a man-up to set the final score.

The Sicilian clubs beat their rivals in the second matches of the semifinals in the 5th-place playoffs.

Telimar advanced to the games for 5th place. After a surprising loss to Quinto in the 1st match, Ortigia recorded a 13:7 win in Genoa, so the decisive match will be played in Syracuse.

Roma defeated Milano in the second game of the relegation playoffs. Both teams had ups and downs in this match. In the end, Roma kept a place in the A1 League, while Milano goes to the Serie A2.