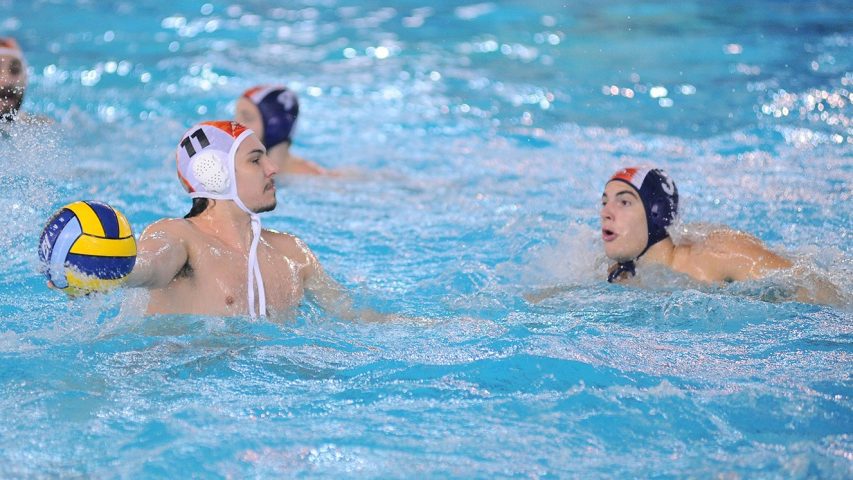 Radnicki Kragujevac produced a big surprise in the 8th round of the Champions League Group A.

The Serbian champion, which had only four points before the 8th competition day, beat Olympiacos 10:8.

Brescia kept 1st place in this group with a narrow but very valuable victory over Jadran in Split (15:14). The Italians made a magnificent comeback after being four goals behind the Split-based team in the 2nd quarter.

Novi Beograd, the leader of the 2022 Serbian League, edged out Barceloneta 10:9. Ferencvaros didn’t play as it could, but it defeated underdog Dinamo Tbilisi (16:10).

Brescia, Ferencvaros and Novi Beograd benefit a lot from Olympiacos’ defeat. Ferencvaros caught up with Olympiacos in points. The Hungarian and the Greek teams share 2nd and 3rd place with 16 points each. Novi Beograd, which is already qualified for the F8, is in 4th place has won two points less than Ferencvaros and Olympiacos. Brescia is atop the group with 20 points.

Olympiacos had a lot of travel troubles on Monday and Tuesday, and it arrived in Kragujevac later than planned. That fact affected their today’s performance certainly. Still, the visitors were the favorites. Radnicki had an exhausting weekend (it played four matches in the Regional League in Budva between Thursday and Sunday).

But, Radnicki managed to prepare for this match well and demonstrated again that it could upset favorites.

The hosts dominated in the opening minutes. They earned a 4:1 lead after 5:09 minutes of the game. Radnicki had a 5:2 advantage late into the first quarter, and Olympiacos “woke up” then. The Greeks reduced the gap to one goal twice (4:5, 5:6). Radnicki’s Nikola Lukic closed the first half with a goal from a counter-attack and Radnicki had a 7:5 advantage at halftime.
Olympiacos caught up with Radnicki after less than two minutes in the third period. Filip Filipovic (who won the 2012 LEN Euro Cup playing for Radnicki) scored two goals in the first two minutes of the second half . He found the net from a penalty shot and converted a man-up to make it 7:7. Olympiacos played better in the third period, it made a lot of good attacks, but Radnicki’s defense was up to the task and didn’t let the Greeks equalize. After Filipovic’s two early goals, only one goal was scored before the last break. Marko Radulovic put Radnicki in front (8:7) in the 22nd minute from a six-meter shot.

Josip Vrlic found the net for 9:7 (27th minute). Olympiacos earned a penalty shot in its next possession. But, Radnicki’s goalie Lazar Dobozanov, who was excellent today (13 saves), blocked a shot from Filip Filipovic and boosted his team’s self-confidence.
In the middle of the quarter, Fountoulis narrowed the distance (8:9). However, Aleksa Ukropina responded 30 seconds after, with a power-play goal (10:8). It turned out that it was the last goal in the match. Radnicki controlled the game in the final 03:32 minutes. The hosts strengthened their defense and kept the three points. 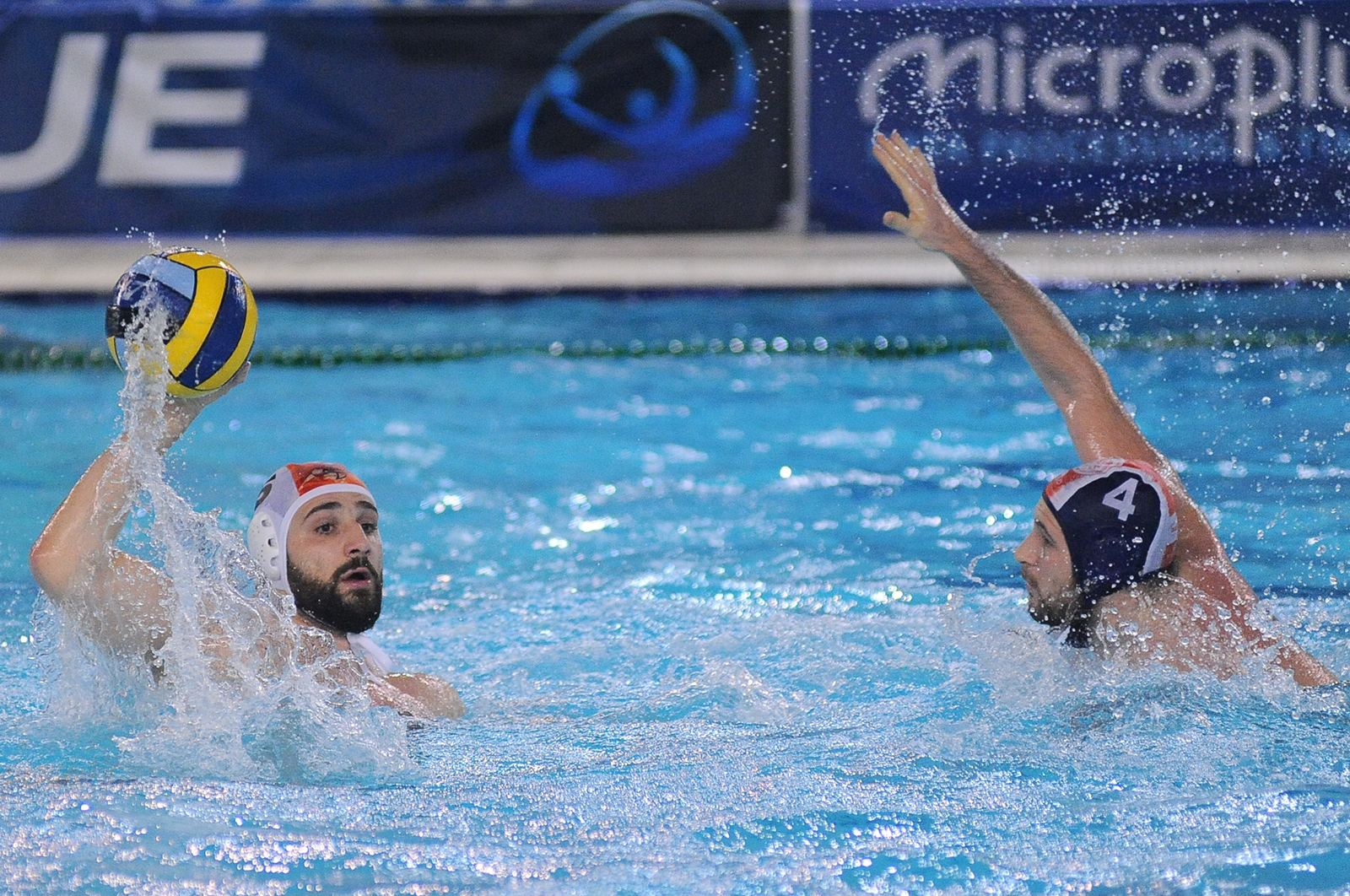 Radnicki didn’t have a big chance to reach the F8, The Serbian champion is nine points away from Olympiacos and Ferencvaros, which share 2nd and 3rd place. But, if the players of Radnicki beat Barceloneta in Kragujevac in two weeks, everything is possible, especially if they manage to repeat today’s performance.

Two weeks ago, Brescia, having only ten players on the roster, beat Jadran in Italy (6:5). Jadran had problems with Covid cases before that match, but the Croatian team fielded 12 players.

Today, each coach had 13 players on the team. Only one goal separated the rivals at the end of the game, just like in Brescia, but today’s game was something completely different.

Jadran started very well. It entered the second period with a 2-goal advantage (4:2). The hosts continued to dictate the pace in the second period, too. Jadran doubled an advantage by the middle of this quarter. In the 13th minute, the hosts’ center-forward Antonio Duzevic scored for 9:5 after Kharkov’s nice assist. But, Brescia kept Jadran goalless in the following nine minutes and took control. The Italian champion produced a 6:0 run, and earned an 11:9 lead. Duzevic ended Jadran’s goalless phase by converting a man-up for 10:11. Still, Brescia netted two goals in the last minute and a half of this quarter and earned a 13:10 advantage before the final eight minutes.

The hosts put a lot of effort into a comeback and managed to cut the deficit to one goal – 12:13 (28th minute) and 13:14 (29th). After Jadran’s 13th goal, both teams missed a few chances, so everything was open until the last minute. Vincenzo Renzuto Iodice scored with an extra man to give Brescia a 15:13 lead with 45 seconds remaining on the clock. Eleven seconds after, Kharkov found the net for 14:15, but it was too late. Brescia pocketed all three points.

Novi Beograd’s new coach Dejan Jovovic, who was appointed two evenings ago, debuted on the bench with the win over the best Spanish team.

Novi Beograd was stronger than in the previous encounter between these two sides, played in Barcelona (12:12). Nikola Jaksic and goalkeeper Gojko Pijetlovic returned to the team. As for Barceloneta, an experienced goalie Dani Lopez, who missed the game in Barcelona, was the only player with a red cap in a 12-player roster of the visiting team, because Rubio Aguirre didn’t arrive in Belgrade. Besides Aguirre, Fernandez and Larumbe were out of the team.

Barceloneta was stunned by the hosts in the first quarter and a half. Novi Beograd took a flying start. It played excellently both in defense and in the attack. Already in the 9th minute, the hosts led 5:0 and that proved vital for their win. The Spaniards recovered from an opening shock and started coming back, but they couldn’t equalize. 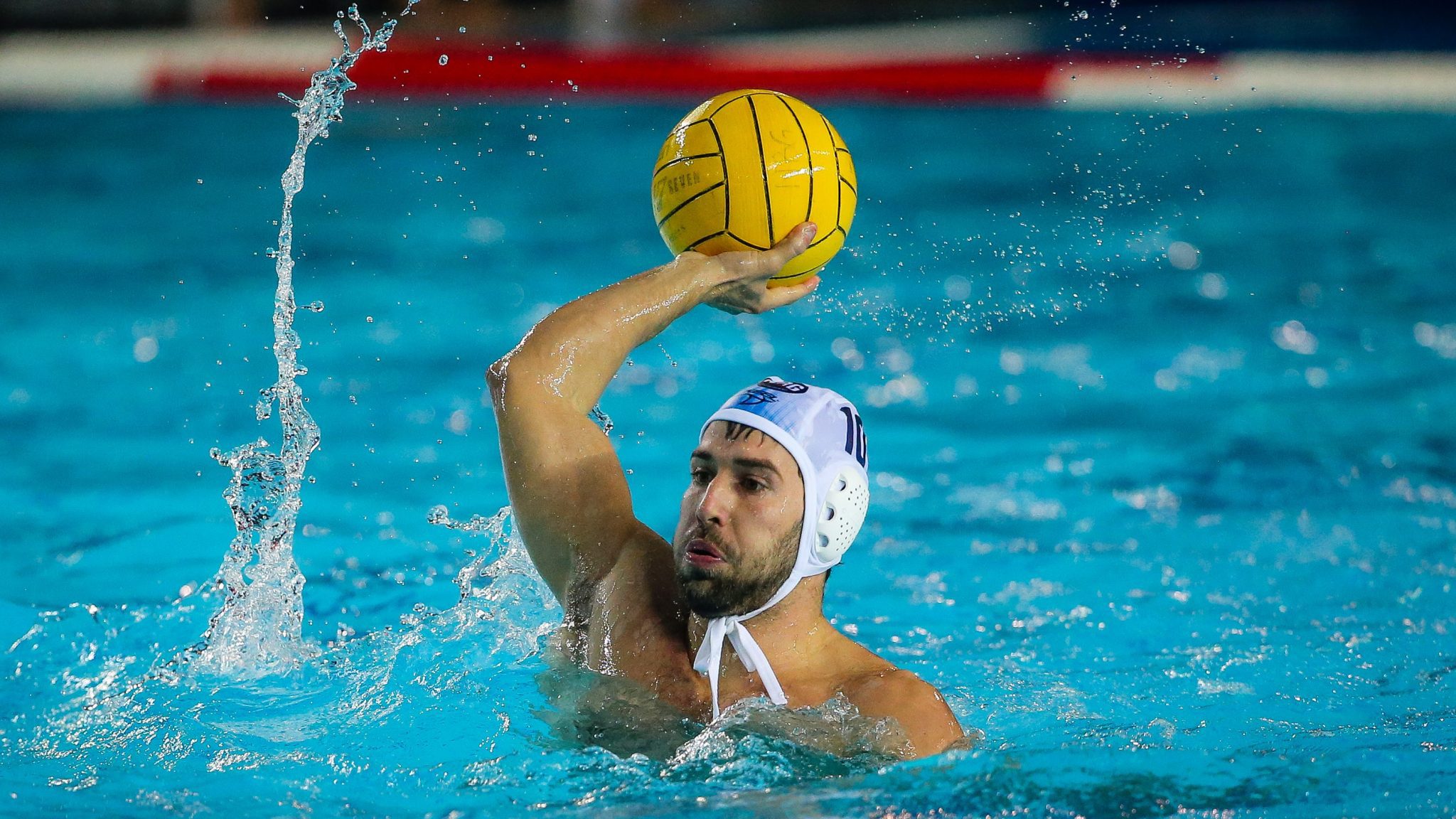 In the 19th minute, the visitors cut the deficit to one goal, after Perrone scored from a counter-attack for 5:6. But, Dusan Mandic replied immediately by converting a man-up for 7:5. Barceloneta managed to come close to the rival two times (6:7, 7:8). The hosts netted two late goals in the third period for 10:7.

Still, the contest wasn’t over yet. Midway through the fourth quarter, Barceloneta netted two goals within 41 seconds (De Toro with an extra player and Munarriz from a penalty) to narrow the distance to one goal (9:10). After that, defenses dominated. There were no goals for a while. Novi Beograd forced an exclusion with 21 seconds to go, and it was clear that the hosts would earn three points. Just a second from the end, Angelos Vlachopoulos fired the ball from a distance for the final score – 11:9.

As expected, Ferencvaros collected three points in the 8th round, but the Hungarians needed a lot of time to break the Georgians. After the first quarter, DInamo led 2:1. Ferencvaros opened the second quarter with two goals for a slim lead(3:2), but Dinamo didn’t surrender. Two minutes before the middle break, the teams were tied at 5:5. Then, Denes Varga took the match into his own hands. He scored from a penalty for 6:5. Shortly after, he added an action goal, and the hosts earned a 2-goal lead for the first time. Lornc Gabor stretched the margin to three (8:5), but Dinamo’s Jelaca closed the first half with a power-play goal (6:8). Early in the third quarter, Ferencvaros earned an 11:7 lead. and from that point on, the difference was never smaller than three goals.