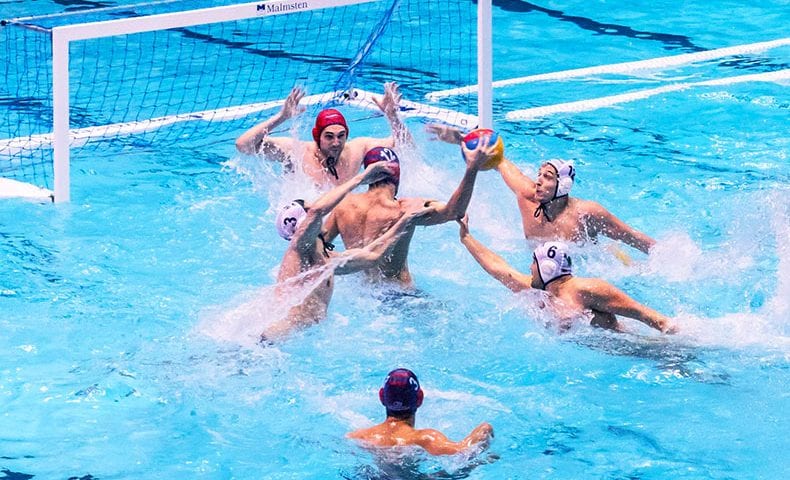 The 12th season of the Regional League, the competition that reunited the clubs from the former Yugoslavia, has started this evening. In the first match of Day 1, Jadran Herceg Novi defeated Jadran Split 11:9. The rest of the games will be played on 20 and 21 September.

A total of ten teams will take part in the A1 League, while 12 clubs will compete in the A2 League.

Just like it was in the previous seasons, the outstanding favourites are Jug, Jadran Herceg Novi and current champion Mladost. These three clubs have the wild cards for the Main Round of the Champions League.

Last season, Mladost won the Regional League for the first time in the club’s history. That was Mladost’s first trophy after 7 years. Four players left the club the team summer, but the Zagreb-based side brought a few excellent reinforcements. Croatia centre-forward Josip Vrlic came from Barceloneta. Than, Luka Bukic returned from Pro Recco. Mladost’s additions are also the member of the Team USA Alex Bowen and Aljosa Kunac. There is no doubt, the club has high ambitions in all competitions.

There were not a lot of departures and arrivals in Jug, which won 4 editions of the Regional League. The Croatian champion “exchanged” players with Olympiacos. Maro Jokovic went to Pireaus, while Paulo Obradovic returned to Dubrovnik. Jug, one of the best European clubs at the moment, can achieve a lot, not just in the Regional League, but in the Champions League, too.

The biggest change in Jadran Herceg Novi is a new coach. Vladimir Gojkovic temporarily left the club, until the 2020 Olympic Games, because he must dedicate himself to a job in the Water Polo Federation of Montenegro. He is also Montenegro head coach, and his team still has not qualified for the Games in Tokyo. Gojkovic will be replaced by Petar Radanovic, Jadran’s assistant coach. A new name in the team is Marino Cagalj. Most of the main players stayed in the club, so Jadran has a strong team which is seeking its 3rd trophy of the champion of the Regional League.

Jadran Split is returning in the circle of best Croatian clubs step-by-step. The former European champion isn’t a favourite for the title, but it could reach the Final Four.

The best Serbian clubs Sabac and Crvena Zvezda started the season with new coaches. A young Nemanja Andric replaced Miodrag Mirovic, who led Sabac towards the “double crown” (Serbian championship and Cup of Serbia), while a legendary Igor Milanovic came to Crvena Zvezda. Milanovic’s predecessor Aleksandar Filipovic is an assistant coach in this season. Despite there were a lot of departures from both clubs, Sabac and Crvena Zvezda have composed pretty solid squads. Both clubs finished their European campaigns last weekend, in the Champions League Qualification Round 2, but they have objective chances to enter the battle for the Final Four.

Budva, a returnee to the A1 League, might surprise, while young teams of Primorac, Mornar and Partizan aren’t contenders for the title and for a spot at the Final Four. But, everything is possible.

A1 Regional League arrivals and departures

The league was established in 2008 as the Adriatic Water Polo League and in the first season, it consisted of clubs from Croatia, Montenegro and Slovenia. In the 2011/12 season, the Italian water polo club Pro Recco played the league for their first (and also the last) time. The Italian side became champions in its only appearance in this competition. The Serbian clubs joined the league in the 2014/15 season.

Could we be looking at a future Total Player Award winner? (Photo by Marcel ter Bals/Orange Pictures)