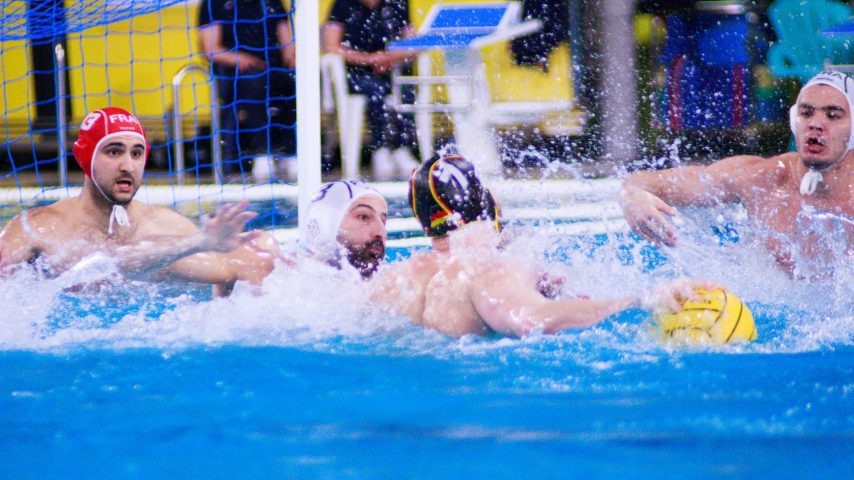 France beat Germany 16:11 in the last match of the group stage of the World League European Qualifications.

It was the postponed match of Day 1, originally scheduled for January 18

France won 1st place in Group B, with six points. Spain finished 2nd in this group. Germany is in last place.

France, which has already qualified for the Super Final in Strasbourg as the host, will play against Montenegro in the quarterfinals of the European Final Eight. Spain will face Hungary.

France upset Spain in the first match in this group (14:11). Last week, Spain trashed Germany (16:7). So, the Germans needed a big win to qualify for the Final Eight, while France would have stayed atop the table if it had won a point in today’s game, played in Hamburg.

A month ago, France and Germany shared the points in the qualifications for the European Championships in Kranj (9:9). But, today’s match wasn’t so exciting.

Already in the second quarter, it was clear that Germany couldn’t make a miracle and record a win with a big margin. The game was an even contest until 3:3. Afterward, the French scored four straight goals and went to 7:3. France controlled the match. In the third period, the visitors netted two early goals (Marzouki with a man-up and Thomas Vernoux) to stretch the margin to five (9:4). By the end of this quarter, France, led by Thomas Vernoux, earned a 6-goal lead (12:6 and 13:7). The visitors didn’t slow after the last break, and they built an 8-goal advantage (15:7 and 16:8). The Germans reduced the gap with three goals in the last two minutes

The Super Final will be played in Strasbourg (July 23 – 29). Besides the four European teams, the top four sides at the Intercontinental Cup (USA, Australia, Brazil, Canada) will take part in the Super Final.