Roosters get back Wild League title to Dubrovnik 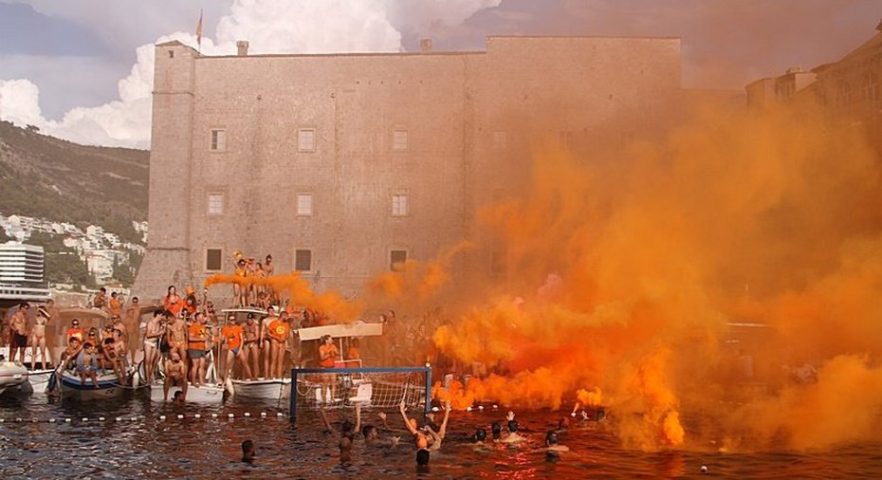 After a three-week competition, a traditional “Wild League” (Divlja liga) for amateur clubs in Dubrovnik has come to an end.

The team Kokoti (roosters) from Dubrovnik is the new Wild League champion.

The „roosters“ claimed the title for the first time in the team’s history and got back the trophy in the city of Dubrovnik after four years. In 2018, Elita Dubrovnik won the trophy. Next year, Kamen Mali from Cavtat was the winner. The league was canceled in 2020 and 2021.

Sixteen clubs took part in the Main Round of the 2022 Wild League. They were split into four groups, and the first-placed and second-placed teams from each group advanced to the quarterfinals. Kokoti beat Crvene stijene Orašac (6:5) in the quarters, while FUN H20 was better than Kamen Mali (8:7) and dethroned the 2019 champion.

The final in the Harbour of Dubrovnik was played in a fantastic atmosphere. As usual, the stands were fully packed. Kokoti recorded a three-goal win and prevented FIN H20 from winning its third title.

A festival continued in the center of the city, at the awarding ceremony when the winning team was saluted by a number of fans.

Find out more  about the Wild League – HERE