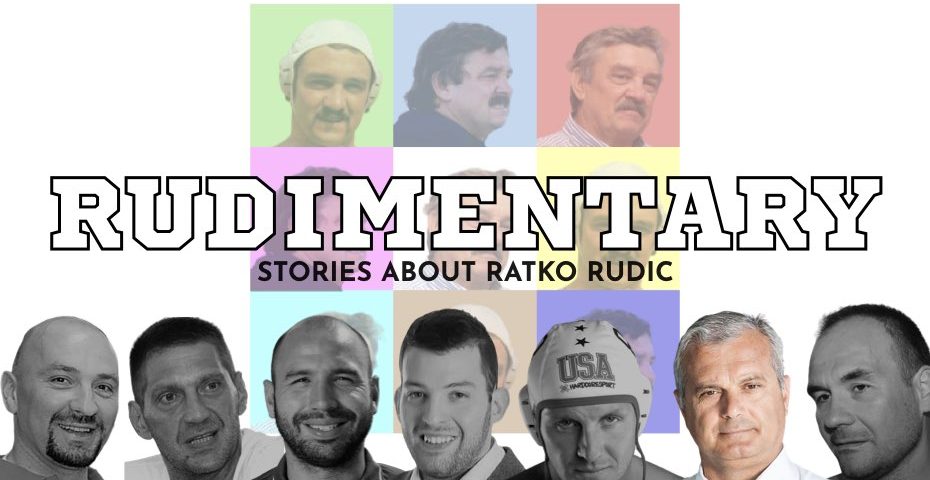 On this occasion, Total Waterpolo prepared several interviews with Rudic’s former players, who evoked the memories of the work with the great coach.

Alessandro Campagna, the head coach of Italy, was Rudic’s player, assistant, and the opponent. Campagna was coached by Rudic in the Italian national team in the 90s’ when Italy managed to win the gold medals at the Olympic Games (1992), the European Championships (1993) and the World Championships (1994).

Then, Campagna was Rudic’s assistant in the Italian national team’s coaching staff for two years (1996-1998). Finally, the two were the opponents in the 21st century when Campagna became Italy’s head coach.

In the 70s, Campagna met Rudic for the first time, when he was a boy. It happened at the Syracuse Trophy in Sicily. Campagna was pulling the buoy for the ball in the center of the field. Rudic was playing for Yugoslavia.

“For the first time, I spoke to Rudic in Trieste in 1984, when he debuted as Yugoslavia’s head coach.”

Training methodology based on science

From 1984 to 1988, Rudic and Campagna were rivals on several occasions, since Rudic was coaching Yugoslavia, and Campagna played for Italy. Their paths crossed into one in 1990. Thirty years ago, Rudic was appointed as Italy’s head coach.

“Ratko was the coach who brought a training methodology on a scientific basis to the Italian national team. Also, he set a work ethic and a strict team discipline. These components made the definitive leap in the quality of the team that was powerful tactically !”

Italy’s first big success with Rudic was the Olympic gold in Barcelona in 1992. That year, Campagna suffered an injury, but he managed to recover until the Games, with Rudic’s help.

“Before the Olympic Games, I practiced a lot because I broke the thumb of my right hand at the end of March. I had to recover. After a few weeks, I worked alone with Rudic at the sports center “Foro Italico” in Rome every day. It took me a while to be in good shape, but he had the patience to wait for me. And, in the final of the Olympics, I felt very well as never before, especially on a mental level!”

How did Rudic improve you as a player?

“Above all, he improved me from a psychological point of view. Working with him, I upgraded my ability to keep concentration high throughout the game and especially in the decisive moments.”

After his playing career, Campagna became Rudic’s assistant in the national team.

“Being Ratko’s assistant was like doing a master’s degree at Harvard. I was thrilled when he called me to be his assistant in 1996. I felt that I could become a coach, but I had to start from the basics. After two years of teaching, I asked him if I could train Italy’s youth national team. He gave me that opportunity, and he came to see my training. He made me grow step by step. For that also, I am grateful to him for the rest of my life.”

Warming up for decision day in Trieste