Rudimentary #4 by Samir Barac: Simple but difficult at the same time 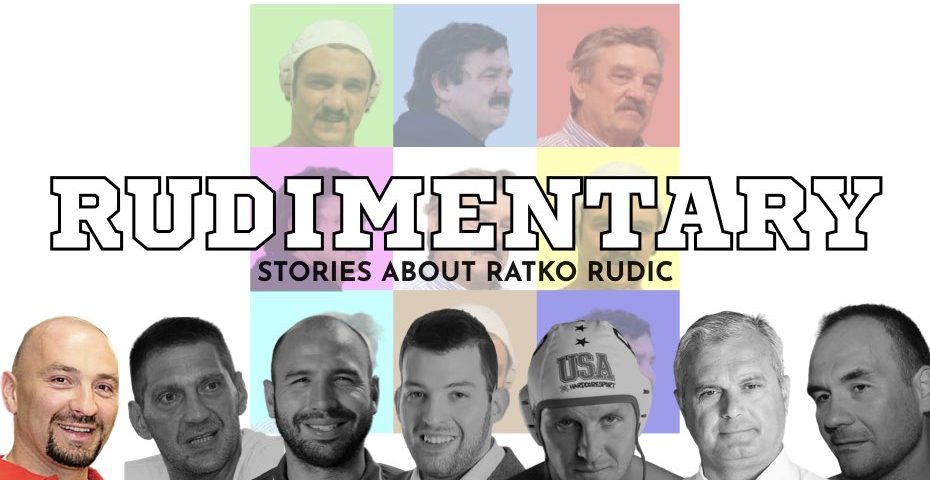 On this occasion, Total Waterpolo will publish several interviews with Rudic’s former players, who evoked the memories of the work with the great coach.

Samir Barac, a former captain of the Croatian national team, worked with Ratko Rudic for more than five years. Rudic brought Barac back in the national team in 2007, when Croatia won the first world title. Barac retired from the national team at the same time as Ratko Rudic, after the Olympic gold medal in London in 2012.

“I met Ratko at the time when he was Italy’s head coach, while I better acquainted him when he was appointed as Croatia’s coach. My first impressions were very positive. Immediately, it was obvious that he is a coach who doesn’t waste the words, very clear, authoritative and ambitious.”

Was Rudic strict as many say?

“From the beginning of my cooperation with Ratko in the national team, of which I was captain for a while, I must honestly say that Ratko was very correct and considerate towards all the situations we had. He wasn’t strict in the relationship with the players, but he was determined to find a solution for a situation of a problem. He built up a relationship of trust and desire to a team’s success.”

Talking about the way how Ratko Rudic led preparation for the matches and the competitions, Barac said:

“Water polo is a tough sport, and I have never had easy preparations with any coach. With Ratko, as well as with other coaches, everything was prepared for us to come to the competition in the best possible shape.

I can only say that his preparation plan was simple and difficult at the same time. But that plan also gave opportunities for recovery, especially for the Olympic Games in London … You even get a stronger wish to play official games and to prove yourself through such preparations. I think that, for any coach, it is the hardest part of work because we all come to play for the national team after the difficult national leagues.”

What was specifical in Ratko Rudic’s work with players during the training before the competitions?

“In fact, I was most thrilled that Ratko was very calm at the beginning of the preparations, but as the competition was coming near, he became even calmer, and he conveyed us an incredible desire to win. It is very “contagious”. He knew we were a team with character, and he didn’t need much to motivate us.

As for tactics and psychological preparations, Ratko worked mostly to give each player the freedom to play, but that individual contribution must be useful for everyone, with respecting tactical ideas and collegiality. I think that there was a lot of intelligence and creativity for every tactic and battles against other national teams by the players in our national team, with Ratko’s help … When the players feel freedom in the game and trust by a coach – the sky is the only limit.”

Barac remembers an anecdote that shows how Rudic wasn’t sparing himself, but the players too.

“It happened during the preparations in Varazdin. We should train but we heard that the water was cold and, normally, we had already prepared tactics on how to try to avoid jumping into the water. We came to the pool optimistically, hoping be the best. But we saw someone swimming in the pool … guess who? Ratko swims then he comes to the edge of the pool and says that the conditions in water are great. There were no more questions. We all jumped into the pool. And the water was cold like ice is…”

From Montreal to London

Barac says that Ratko Rudic has a special place in his playing career, for several reasons.

“Firstly, because he brought me back to the national team after the decision that I would no longer play for the national team. That was in 2007, when we became World Champions in Melbourne. That tournament was a turning point for everyone. We were on the wings of that gold medal until the Olympic title in London in 2012.

Between those two competitions, we had many good results: two world bronze medals, European gold, we won the World League, etc.

Ratko had a lot of success in his career, but also failures, for which he received a lot of criticism. However, looking back on the years I spent with him as a player and the fact that he gave me the opportunity to win Olympic gold as a 39-year-old player, I must say that the players remember the coaches the most for the trophies they won. That is not the fairest thing, but it is merely so. Ratko is a coach who can make chemistry within a team for great results. And most importantly, there is continuity of those results.”

He taught me to be calm

What is the most important thing you learned during the period in which you were coached by Rudic?

“You learn something from each coach. With Ratko, I learned to be calmer and more patient in decisive moments, more responsible for situations when the game is lively and fast. Of course, teammates are important for situations like this. The Croatian national team has always had a wide range of players.”

Barac emphasized Rudic’s ability to find the right solution when he replaces players.

“One thing that could be learned from Ratko is the substitution of players. He has a great feeling when he needs to take out a player when he’s not doing well. You know what ego every player has, mostly everyone wants to play all the time. I want to say that for the substitutions you have to have a lot of experience and the feeling to recognize who are the players who can give their best at a certain moment… Ratko was doing that excellently.”

During Rudic’s era, the team of Croatia was composed of young and, on the other side, old, experienced players.

“Ratko made many good moves that produced great successes in the end. Besides changing some players who could still continue to play for the national team, Ratko chose younger players and thus created respect within the team. I mean especially on composing the team with old and young players. This clash of several generations in one team can only be controlled by an experienced coach. Also, while he guided Croatia, many young coaches were with him at the competitions and gained needed experience. Communication with fitness coaches was especially important because they were the pulse of the team through the preparation period.”

Managerial skills and psychological approach to all players

“I was also delighted by Ratko’s attitude towards all the matters that happened around the national team. He passed on the experience gained over the years to everyone who worked to reach only one objective, and that was a success and a medal. I am already talking about managerial skills here because it is complicated to lead a group of people through all these competitions, preparations, and the time spent together.”

Comparing Rudic’s and the ways of work of other coaches, Barac said:

“Unlike other coaches, Ratko had a different psychological approach to all players in the team. Not everyone can be the same, but everyone has to be in the best possible shape. Good preparations and a good play are birthing good individuals. It is very difficult to get a medal, sports success, and sports fame every time. That is why the continuity of winning medals is a great success for the players, teams and national teams coached by Ratko.”