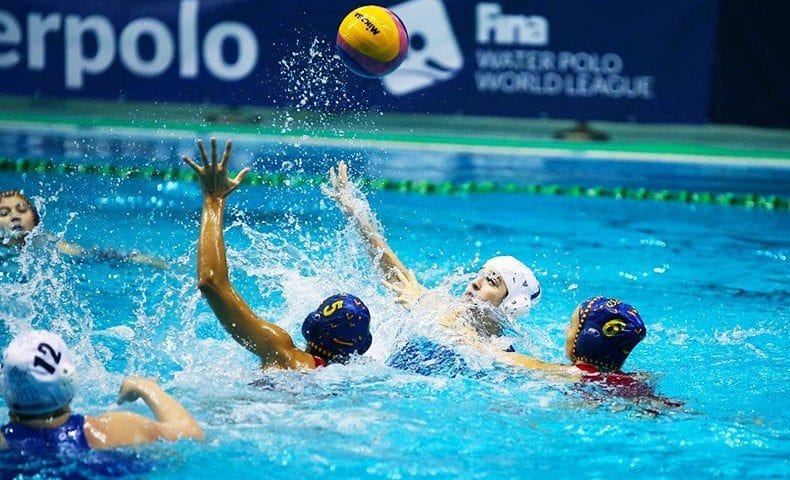 Three matches were played this afternoon at the Palanuoto in Turin on the second day of the FINA/LEN Water Polo World League Europa Cup Final Women 2019, all characterized by a high final score. A consequence of the new rules?

The outcome was favorable to Russia and the Netherlands who won their match, respectively against Hungary and Italy and are the finalists of the 2019 edition.

Alexander Gaidukov’s team defeated Biro’s team 15-14 and made the final for the second consecutive year. For Russia, which topped Group A in the preliminary round of the tournament, this was their seventh win in as many matches played. The Netherlands, champion of Europe, managed a clear win, 17-11, over Italy, Olympic silver medallist at Rio 2016. Arno Avenga team vindicated the defeats suffered from the Italian side of coach Fabio Conti in the preliminary round.

In the third match of the day valid for the fifth place, Spain inflicted Greece a clear defeat, 17-14.

Two strong teams gave life to an exciting show, trading goals from the start to the end of the match which ended on a high final score, rare at such level. Both teams would have deserved victory but eventually, Russia claimed success, although by the least margin of one goal, 15 -14, thanks to the advantage acquired in the first quarter, which they won 4-3 scoring 3 extra player goals and a penalty. But, actually, the Russians have been in the lead throughout the match.

The other three periods all ended on a tie. The second and the third periods were fast and furious and their score was respectively 4-4 and 5-5. The last quarter, instead, was relatively quieter (2-2).

Elvina Karimova for Russia and Rita Keszthely, Hungary’s captain, top scored the game with 5 goals each. In addition, Karimova was judged the MVP of the game. Hungary could also count on the outstanding performance of their number 3, Rebecca Grace Parkes, a powerful center forward who netted 3 spectacular goals.

A strong Dutch side outclassed the home team Italy dominating the first three quarters and tying the last one. Also, this semifinal ended on a high score, 17-11 for the Dutch, with a 6-goal difference which tells it all about the superiority shown by the team coached by Arno Avenga. For the Netherlands Megens, Keuning and Van de Kraats scored 4 goals each; Van der Sloot and Stomphorst 2 goals each and Rogge one goal. Italy’s top scorer was Bianconi with 3 goals, while Garibotti and Queirolo scored 2 goals each.

Van de Kraats was selected as MVP of the match. The Netherlands will play Russia in tomorrow’s final while Italy will face Hungary for the third place.

Greece and Spain alternatively took command of the game. The Hellenic rule was enforced in the second and the fourth quarter while the Iberians’ supremacy characterized the first and the third periods, overall scoring more goals than their opponents which allowed them to win the game by a comfortable 3-goal gap, 17-14 and claimed the fifth place in the tournament

n. 4, Beatriz Ortiz Munoz, was the authentic match-winner with an unprecedented tally of 8 goals, a real “matadora”. Greece n. 4, Nikoleta Eleftheriadou was the best scorer for the Greek side.