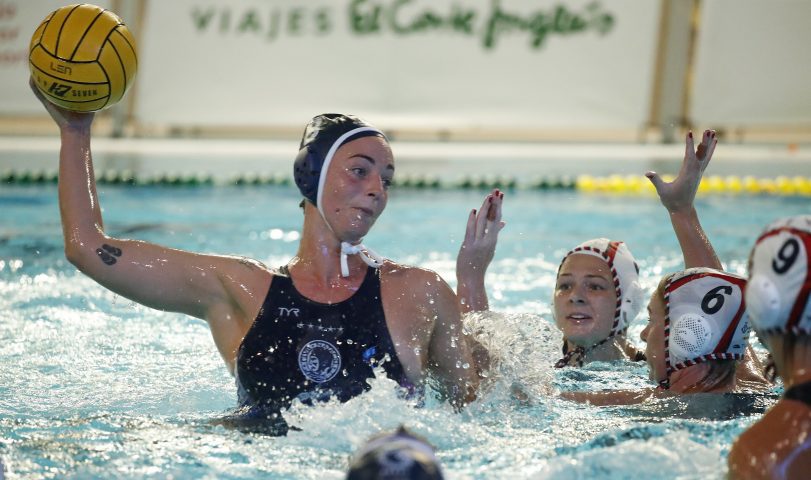 Matchday 10 of the Spanish Women’s Division de Honor provided us with the answer to the most anticipated question in Spanish women’s water polo: who would run out winners between Mataro and Sabadell. We have our answer, and it was Sabadell who won away from home by 6 goals to 5. The teams have met on four occasions this season, with this being the only time in which Sabadell triumphed.

The last week has gone from bad to worse for Dani Ballart’s Mataro, firstly with their premature exit from Europe, and now suffering a significant loss to fierce title rivals Sabadell.

In a hugely tense and low scoring affair, last seasons champions ran out winners, with David Palma’s side now going top in the Division de Honor.

Mataro took the lead through a Simone Van der Kraats penalty after a clumsy challenge from Irene Gonzalez. That goal for Van der Kraats was her 28th goal of the season, with a quarter of her goals so far this campaign coming from the 5m penalty line (7).

However, Sabadell were back in it a minute later with a conversion from Matilde Ortiz. Then, with a minute to go before the end of the quarter, the in-form Judith Forca Ariza put the away side ahead with her incredibly impressive 32nd goal of the season.

Into the second, the game became very cagey, but Sabadell widened their advantage with another goal from Mati Ortiz – her second of the game. However, Sabadell and in particular Marina Serrano, lost discipline with two major fouls in as many minutes, giving the powerful and clinical Vivian Sevenich the opportunity to close the gap. Clara Cambray then drew her side level with two minutes left in the quarter, with the score at 3-3 at half-time.

The game continued to be tight in the third period, and no sooner had Irene Gonzalez put Sabadell ahead on the extra-player situation, did Anna Gual reply immediately with a lovely-taken finish.

For all Sabadell’s efforts, it always looked like Mataro would peg them back. This was the case once again when Sabrina Van der Sloot put her side 5-4 up with five minutes to go, only for her International colleague, Vivian Sevenich, to level the scores up less than forty seconds later.

But Sevenich’s positive impact in the game was soon over shadowed by an exclusion leading to a time-out by David Palma – which ultimately led to the winning goal from Maica Garcia Godoy.

Other Results in Matchday 10