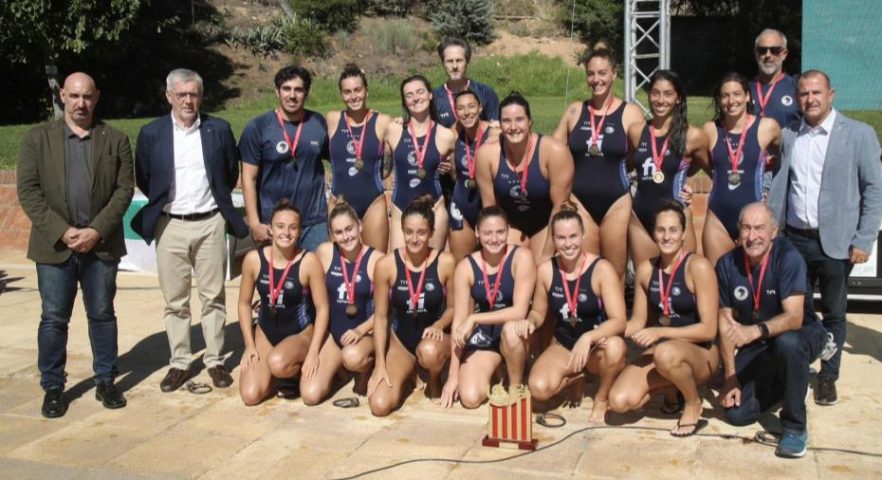 Sabadell have won the women’s Copa Catalunya after defeating Mataro 13-9.

In a tumultuous game with the momentum constantly shifting, Sabadell twice had to fend off a strong comeback from Mataro, which were led by outstanding performances from Simone Van de Kraats (4 goals) and Annie Espar (3 goals).

Mataro came from behind to take the lead at halftime, but they were completely blown away in the second quarter by Sabadell’s attacking quality.

And that was the difference in the match. Sabadell was ultimately the more clinical, particularly in extra-player scenarios. Judith Forca, the league’s leading scorer from the previous season, scored three goals today, while Bea Ortiz, Elena Ruiz, Paula Leiton, and Irene Gonzalez each scored twice.

The women’s Division de Honor begins on the 15th October; both Sabadell and Mataro will likely be engaged in a fierce title battle this season.

Sabadell had the better start of the two teams and led 4-2 after the first quarter. Bea Ortiz opened the scoring, but was then excluded, resulting in an early score for Silvia Avegno. Avegno then doubled her tally in the opening eight minutes, but Sabrina Van der Sloot, Judith Forca Ariza, and Paula Leiton gave Sabadell a slight advantage by the end of the first.

The second quarter saw a marked improvement in Mataro’s play, which was reflected on the scoreline. Braces from Simone Van de Kraats and Anni Espar (both scoring a penalty each) put Dani Ballart’s side in the ascendency at the end of the first half (6-5).

Despite a stretch of poor discipline on the part of David Palma’s defending champions, they suddenly found themselves in a position of strength. In the very first attack of the third quarter, Elena Ruiz tied the score at 6-6. Irene Gonzalez scored the next goal a minute later to give Sabadell the lead.

Although Mataro had three consecutive extra-player opportunities, they wasted each one. Sabadell then made full use of the two power plays that came their way, via Ortiz and Leiton, Sabadell’s two summer acquisitions from Terrassa.

To make matters even worse for Mataro, Judith Forca scored her second goal of the match with one minute remaining, which opened up a significant (10-6) heading into the fourth and final quarter of the game.

Sabadell appeared poised to win the Copa Catalunya with a seemingly impregnable lead. Mataro had not yet given up, and mounted another spirited comeback; once again, Van de Kraats (2) and Espar hit the target to bring Mataro within a single score (9-10).

But Sabadell shut the door and confined Mataro to defeat. Judith Forca scored her third goal of the game just before Mati Ortiz clinched the victory for her team with one minute left to play.