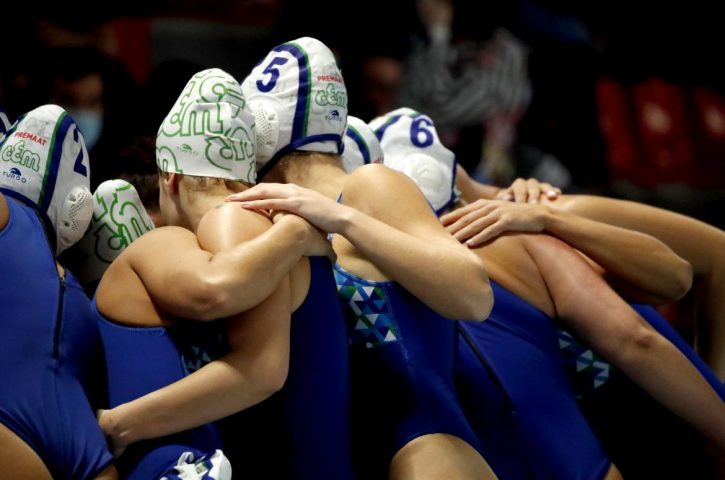 Sabadell have tied the Semi-Final series with Mediterrani up 1-1 with a hard-fought and narrow win at Josep Valles this afternoon.

Having lost the first match 9-7 at home on Thursday, today was a must win for David Palma’s Sabadell, and they did, but they had to really work for the result. It will now all be settled tomorrow.

The game was clearly a close run, and both sides could have taken the win. Mediterrani twice led by two scores, early and late in the second period (4-2) and (7-5).

However, vital scores in the third from Steffens (2) and Irene Gonzalez turned the game around to give Sabadell the two goal lead. From there, they held strong.

One of Spain’s best young talents, Nona Perez, had one of her best games this season, netting four times for Saba, while the more experienced players, Maggie Steffens and Judith Forca Ariza, both double converted.

Maria Diaz’s side may not have hit the heights from Thursday, but this one was a 50/50 that ultimately didn’t drop their way. Their goals were shared about; Lizotte added another three to her four goals on Thursday, while Paula Crespi, Clara Espar, Alba Munoz and Ashley Grossman were all on target.

Later this evening, Terrassa will try to keep their title challenge alive against Mataro, with Dani Ballart’s side winning the first contest on penalties.