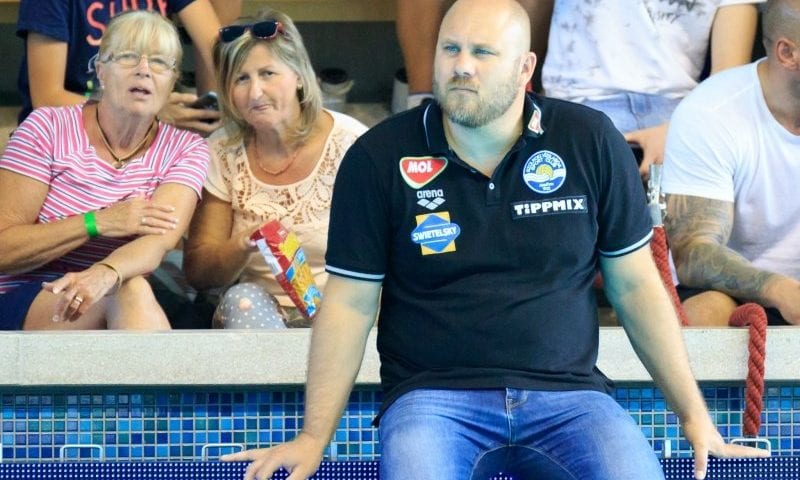 The Hungarian national silver medalist and MK-winner Szolnoki is going through some changes. It is announced that Cseh’s position was taken over by the retired Serbian Olympic champion.

Below you can read the official announcement from Szolnok.

New strengths have arrived! Sándor Cseh will not extend his contract and will be replaced by Zivko Gocic who will strengthen the team’s spirit. With the 30th of June as an end-date, Cseh’s will leave his position in Dozsa Szolnok.

The club as a whole appreciates and thanks him for his work over the last decade, but the new season requires new impulses which will be coming with the change.

Zivko Gocic will be the new Dozsa Szolnok’s coach. He’s an Olympic champion, World and European gold medalist, who has been certified by the club for the next three years.

Szolnok’s long-term future will be represented by young Hungarian national players. The very backbone of the team, the players who have been playing together for years, will remain unchanged. On the other side, Tamás Mezei and Aaron Younger are leaving. Additionally, Viktor Rasovic (Jug, Dubrovnik), Djordje Lazic (Partizan, Belgrade) and Daniel Angyal (ZF-Eger) are joining the Szolnok’s pool.

The club’s management expects Szolnok Dózsa to continue being among the first three in the Hungarian Cup. Considering the changes, the powerful players’ portfolios, and the support from the club, it is expected to achieve the best possible results in the Final Eight.