The schedule of the Olympic water polo tournament has been published on the FINA website.

The group stage at the female tournament starts on July 24. There will be no big derbies on Day 1, while Day 2 (July 26) brings two highlights, matches Australia – Netherlands and Russia – Hungary.

The big derby of Day 1 of the male tournament (July 25) will be the encounter between Serbia and Spain, but there will be a few more interesting games on the opening day of the tournament – Hungary-Greece, Australia – Montenegro.

After the group stage, the top four teams from each of the groups will advance to the quarterfinals. 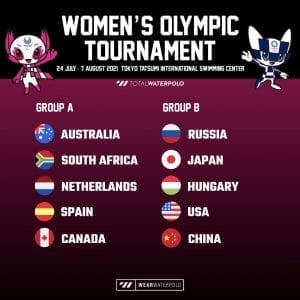 August 7
Final and other matches for the final standings.

All times are local. 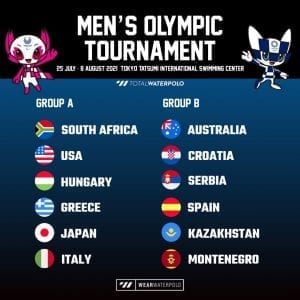 August 8
Final and other matches for the final standings.

The starting times are according to the schedule published on FINA’s website. The starting times of some games aren’t the same as in the Olympic Games Competition Schedule of all aquatic sports. If there are changes, we will update the article as soon as we get the confirmation.

No foreign spectators in Tokyo?

According to today’s news, by a Japanese news agency Kyodo, there will be no overseas spectators at the Olympic Games, because of the COVID-19 concerns.

The Tokyo 2020 organizing committee has said in response that a decision would be made by the end of March.

Kyodo news agency reports that the government has concluded it would not be possible to welcome fans from abroad given public concern about the coronavirus and the more contagious variants in many countries, citing officials with knowledge of the matter.