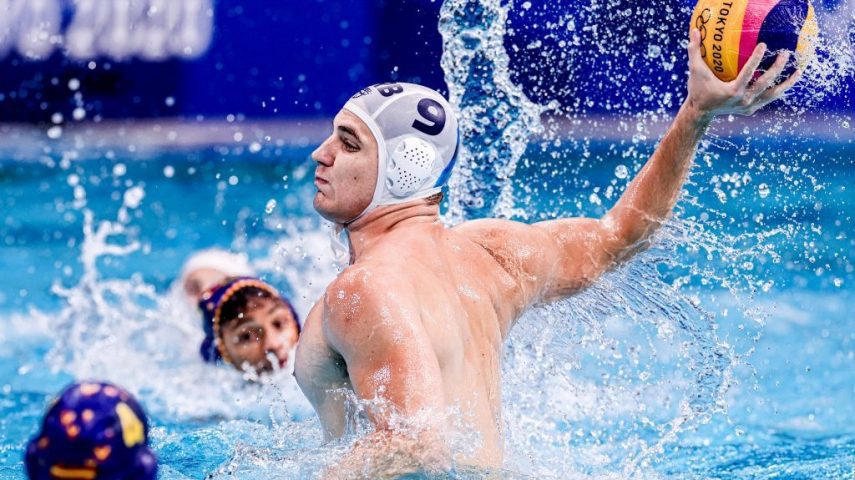 Montenegro and Serbia defeated their respective rivals in the evening session of the quarterfinal day at the final tournament of the European Qualifications for World League in Podgorica. The neighbors joined Spain and Italy, which secured their spots among the top four earlier today.

Serbia outplayed Greece – 13:6. Serbia is the only of the four group winners that advanced to the semifinals of the European qualifications.

Tomorrow, Montenegro will face Italy in the first semifinal. Spain will play against Serbia. The medal winners at the Podgorica tournament and France (as the host) will be the four European teams at the World League Super Final (Strasbourg, July 23 – 29).

France had no big pressure in today’s match because it had already qualified for the Super Final. But, the French proved that they had become a dangerous rival for all favorites and a contender for the high ranking in the major competitions. The first period belonged to the French, who opened the second quarter with an action goal (Mehdi Marzouki scored his 2nd of this evening’s six goals) and went to 5:2.
Montenegro produced a 3:0 series and managed to level before the middle break. In the 14th minute, Aleksa Ukropina converted a man-up for 5:5.
The third quarter started in the same way as the previous one. Mehdi Marzoki scored an action goal and put France ahead (6:5). But, immediately after, the hosts netted two power-play goals within 32 seconds (Petkovic and Cuckovic). Marzouki leveled at 7:7 (21st minute).

The following eight minutes were crucial for the Montenegrins’ victory. Goalkeeper Petar Tesanovic was outstanding. He posted several excellent saves and boosted his team’s self-confidence. The hosts kept the French goalless between the 21st and the 29th minute, while thy netted three unanswered goals. In the 22nd minute, Djurdjic converted a penalty for 8:7. Just four seconds before the last break, Marko Mrsic fired the ball from 8 meters and Montenegro earned a 2-goal lead for the first time. 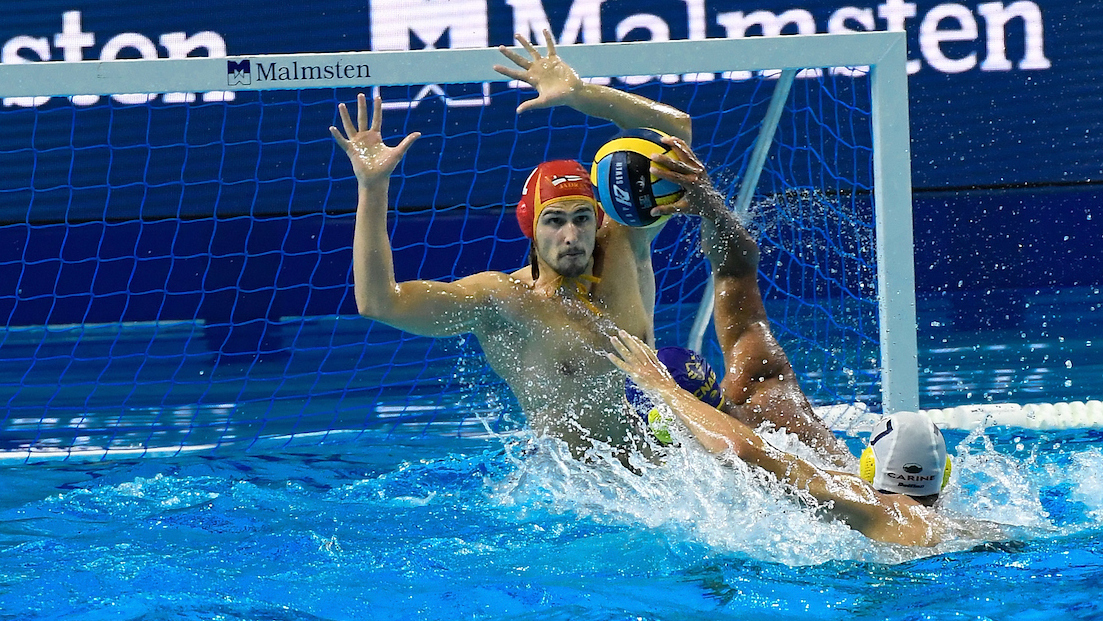 The hosts kept the momentum after the last pause. France’s Olivon committed a personal foul while he was swimming back to defense, Montenegro set a quick action, which was finished by Marko Petkovic’s goal for 10:7.

However, the drama wasn’t over yet. A minute and a half before the end, Montenegro had a 3-goal advantage (11:8), but France didn’t give in. The French netted two quick goals and reduced the gap to one (10:11) – with 49 seconds left on the clock. Montenegro lost the ball in its last possession, and France had an opportunity to equalize. Still, three seconds before the end, Petar Tesanovic posted his 14th save today (this time, he blocked Bouet’s shot), so Montenegro kept a minimal advantage and a spot in the semifinals.

Tesanovic was the MVP of the game.

The last quarterfinal duel was a replay of the Olympic final. But, many of the players who featured in the gold medal match in Tokyo aren’t in Podgorica. Serbia is at a new beginning. Six Serbian aces retired from the national team after winning the second Olympic gold (Filipovic, G.Pijetlovic, D.Pijetlovic, Prlainovic, Aleksic, S.Mitrovic). Konstantinos Mourikis and Christodolous Kolomvos said goodbye to the Greek national team. Besides, a few key players of Greece (Fountoulis, Vlachopoulos, Zerdevas) miss the tournament in Podgorica.

The new Serbian team was too strong for the rejuvenated Greek squad today. The Serbs secured a convincing win primarily because of an excellent defensive effort and a series of six straight goals that they produced in the middle of the game.

The game was an even contest only in the opening minutes. The Greeks took the lead twice (1:0 and 2:1), but Serbia equalized quickly on both occasions. The Serbs gained a 2-goal lead at the finish of the first period (Jaksic and Mandic) and started dictating the pace.

After a 3-minute break, the Olympic champions added two goals and stretched the margin to seven (11:4). The defense was up to the task. Goalkeepers Branislav Mitrovic and Lazar Dobozanov collected 19 saves together in the match.

Serbia’s defense with a man-down made the difference. Greece had 14 attacks with an extra man but scored only one power-play goal (shot percentage 1/15)! On the other side, Serbia converted three man-ups (shots – 3/9)

The Serbs kept the Greeks goalless for 13:44 minutes. Kakaris broke the Olympic silver medalists’ silence in the last minute of the third period (5:11), but it was too late. Serbia was already in the semis.

Dusan Mandic, who scored four goals (4/5), received the MVP of the match award.