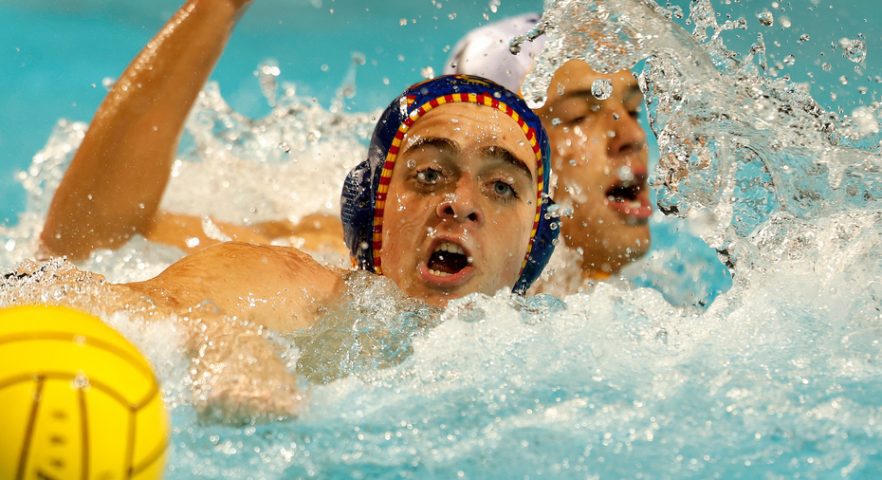 Serbia and Spain took the last two tickets for the semifinals of the European U19 Men’s Championship in Podgorica.

The Serbs arrived in the Top 4 after a win over Italy in a dramatic match that ended in a penalty shootout. Serbia won 11:10.

Spain defeated Montenegro. This game was also very exciting, but Spain avoided a thrilling finish and recorded a 10:8 victory.

Tomorrow, Serbia will play against Hungary in the semifinals, while Spain will face Greece.

Hungary and Greece qualified for the semifinals earlier today.

For all the results and live scores, visit Total Waterpolo Arena

Considering what was happening during the game, it was fair that a penalty shootout decided the winner, because the teams were in a neck and neck race, and the lead was changing the side constantly. 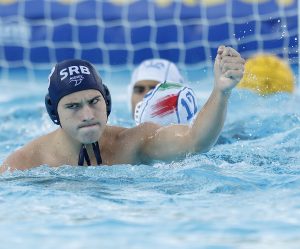 After a 3:3 first half, Italy opened the third period with two goals and went to 5:3. For the first and the last time in the game, two goals separated the rivals. Serbia’s captain Martinovic reduced the gap in the 24th minute, converting a man-up for 4:5.

The same player opened the fourth period with an early goal for 5:5. Midway through the fourth period, Nikola Kojic scored with a man-up to give Serbia a 6:5 lead, but Condemi replied immediately in the same manner for 6:6. Two minutes and 18 seconds, Italy had a great chance to take the lead again, from a penalty. But, goalkeeper Radoslav Virijevic, who was a pillar of Serbia’s defense today (15 saves), blocked a shot from Italy’s leader Francesco Condemi. Still, Condemi atoned for this miss a minute after. He was in the right place after Virijevic saved Guilotta’s shot and scored from a rebound – 7:6. Serbia earned a man-up in its next possession. Baucalo made no mistake. He made it 7:7 with 52 seconds left on the clock. Just 29 seconds before the buzzer, Italy forced an exclusion but failed to convert it and the match entered the shootout. 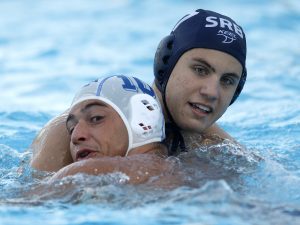 In the first five rounds, one player from each team missed, the score was 4:4, and the drama continued. Serbia’s captain Vasilije Martinovic sent the ball into the net. At the other end of the pool, Serbia’s second goalie Petar Pajkovic, who replaced Vitrijevic during the shootout, saved a shot from Francesco Condemi and sent Italy to the classification matches.

Montenegro dictated the pace in the first period. Spain opened the scoring, but the hosts answered with a 3:0 series and earned a 3:1 lead. At the beginning of the second period, Spain leveled at 3:3. Marko Mrsic gave Montenegro a 4:3 lead from a penalty shot. Then Marc Valls Ferrer entered the stage. He scored two power-play goals in two minutes and put Spain ahead – 5:4. 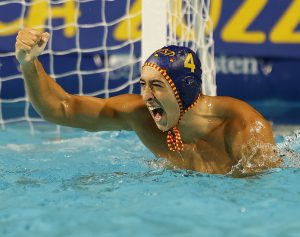 Still, nobody had an advantage at halftime – Vujovic leveled at 5:5.

The Spaniards took control in the third period. They went to 7:5, while the hosts became more and more nervous. The Montenegrins finished many attacks rashly, they missed too many good chances, even from counterattacks. Still, they came back into the match. Sladovic halved the distance in the 24th minute (6:7). The same player leveled at 7:7 in the 2nd minute of the final quarter. Both goals were with a man-up. But, immediately after the equalizer, Lopez Duarte netted a nice goal from a distance, and Spain was in front again (8:7). Lopez Duarte added his fourth goal in the 28th minute and doubled his team’s advantage to 9:7.

That hope didn’t last for long. Castro Fernandez scored an action goal (10:8) with two minutes and 10 seconds to go. Montenegro did everything to equalize, but Spain imposed its rhythm and maintained a 2-goal difference.