Serbia with 11 debutants at Europeans; captain Randjelovic: Best team we have 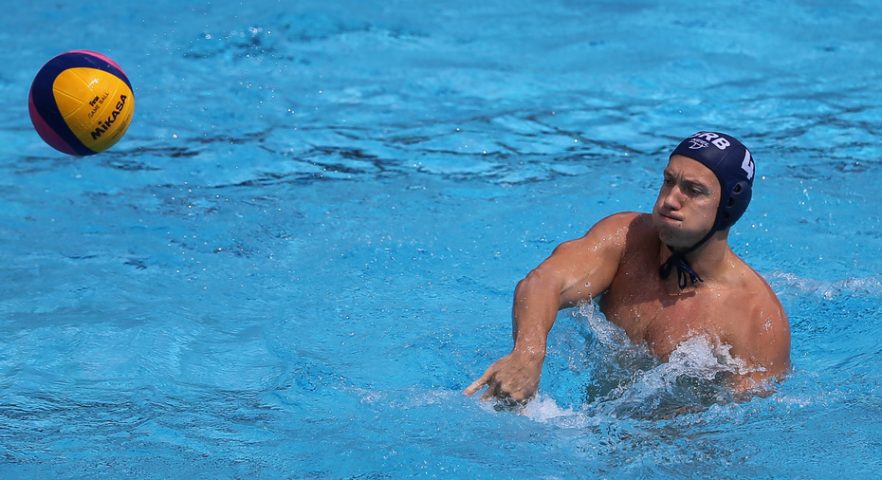 After the Olympic Games in Tokyo, the rejuvenation of the Serbian national team started. Six aces, who played a farewell game a few days ago, said goodbye to the national team last year.

A younger team entered the stage this summer and won 5th place at the World Championships in Budapest.

Dejan Savic, Serbia’s head coach, announced a 15-player roster for the European Championships this morning. The team for Split is even younger and less experienced than the one that played in Budapest, primarily due to injuries.

The team of Serbia (Mandic is missing) Photo by Slobodan Sandic

Only three Olympic champions are on the roster – Dusan Mandic, Sava Randjelovic, and Strahinja Rasovic. As for the others, goalkeeper Branislav Mitrovic finished the season after the WCH in an agreement with Savic. Nikola Jaksic and Djordje Lazic haven’t recovered from injuries. Mandic was ill. His appearance at the European Championships was under question until the last moment, but a medical team decided he could go to Split.

Mandic, Randjelovic, Viktor Rasovic and Vico have played at the Europeans. The other 11 players are debutants. Among them are Brankovic, Martinovic, Pljevancic, Radulovic, the world U20 champions from Prague last year.

Some of the debutants competed at the World Championships or the Olympic Games, while five have experienced only playing in the World League – Vucinic, Velkic Pljevancic, Brankovic, and Martinovic.

Defender Sava Randjelovic will be Serbia’s captain in Split. He will play his fifth tournament at the European Championships. In the first three (2014, 2016 and 2018) he won gold medals, and Serbia finished 5th in Budapest two years ago.

Randjelovic commented on his team’s shape:

“We improved our defense in the past five-six preparation games. We are satisfied with that, but I think there is still space for further improvements. There is no doubt that we will have a difficult tournament in Split. The team has been additionally rejuvenated in the past few months. But, this team is the best Serbia has at the moment.”

Serbia finished 5th in Budapest. The Olympic champions had ups and downs at the World Championships. Can your team display better performances than in the capital of Hungary?

“I believe we will show much better play in Split than in Budapest. The tournament at the World Championships was specific because it came just after the season for clubs. Many players were tired. We didn’t have enough time to prepare. Now, we have a good opportunity to fix everything that was bad in our play in Budapest.”

Serbia will play against reigning champion Hungary and two underdogs, Slovenia and Israel in the group stage.

“We don’t think too much about the rivals. We think about ourselves and are focused on doing our best and going as far as possible. Our approach to each game will be the same. Each game in Split will be crucial for us, not just the quarterfinals.”

Still, it will be a big surprise if Serbia or Hungary don’t finish in the first two places.

“Yes, it’s almost sure that the match against Hungary will be crucial and decisive for 1st place. The Hungarians also have changed the team since the World Championships. Most of the Hungarian players are of the same age as we are. We have played against each other since we were juniors. So, we know each other very well. There will be no surprises. If we don’t beat the Hungarians, we will have to go the more complicated way to the quarterfinals, but we are ready for everything.

Seven European teams and the USA played in the quarterfinals of the World Championships.