The great summer of Serbian water polo, which started at the Tokyo Olympics, has continued.

Serbia won the gold medal at the 21st World Junior Championships in Prague, by beating Italy in today’s final 10:8. 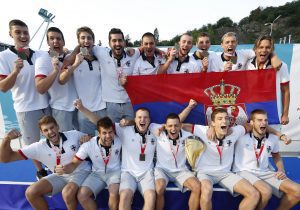 The bronze medal goes to Montenegro. The Montenegrins defeated Hungary after a penalty shootout (12:11) in the third-place match. Montenegro won its first-ever medal at the World Junior Championships. Before the Prague Championships, Montenegro’s best result was 4th place in Sibenik in 2009. 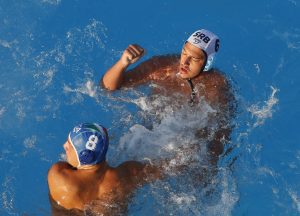 Serbia was chasing the Italians in the first quarter. The “Settebello” took a one-goal lead three times, but the Serbs equalized on each occasion. Italy entered the final minute of this period with a 3:2 advantage, but Marko Radovic found the net from a nice lob just three seconds before the first break for 3:3.

Only two goals were scored in the defensive battle in the second quarter. In the 13th minute, Stefan Brankovic scored from an extra, and Serbia went ahead for the first time (4:3). But, not for a while. Just 40 seconds later, Iocchi Gratta converted a man-up to equalize (4:4).

The match followed the same pattern in the third quarter. Serbia took the lead twice (5:4, 6:5), but Italy leveled the score immediately after Serbia’s both goals. Still, the Italians had no response after Marko Radulovic found the net from the top for 7:6 in the 23rd minute. So, the Serbs had a minimal advantage before the final eight minutes. 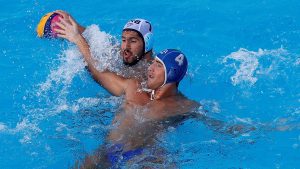 Radulovic, who played excellently in the tournament, opened the fourth period. After just 23 seconds of play, he netted a power-play goal from the same place he scored the 7th goal for Serbia and doubled his team’s advantage.

In the middle of the quarter, Serbia’s captain Stefan Brankovic scored from a distance for 9:6 and his team came very close to the gold medal. 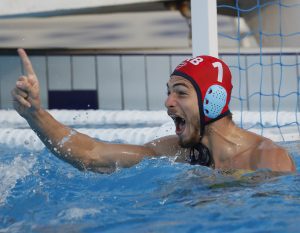 Forty-eight seconds before the end, Italy’s goalkeeper Spinelli helped his team in attack, and “Settebello” tried to score with  7 on 6. But, the Italians lost the ball in that attack. Serbia started a counterattack. Brankovic sent the ball into the empty net for 10:7 and decided everything. Seven seconds from the end, Ferrero scored a consolation goal. 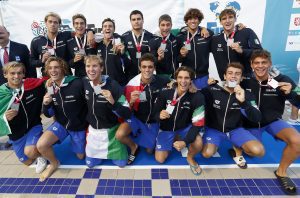 The bronze-medal match was an exhilarating battle. Montenegro had a 2-goal lead two minutes from the end. However, Hungary secured a penalty shootout with a goal scored by goalkeeper Brendon Gyapas two seconds before the end. Still, two saves by Montenegro’s goalie Alen Isljamovic (who received the award for the MVP of the match) made a difference in the penalty series. 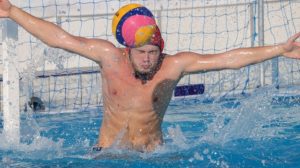 Djordjije Stanojevic converted a man-up in Montenegro’s first possession in the second half, and the difference between the sides became two goals for the first time (5:3). However, a “one-man show” started shortly after. Hungary’s captain Akos Konarik netted three consecutive goals and put his team in front (6:5). 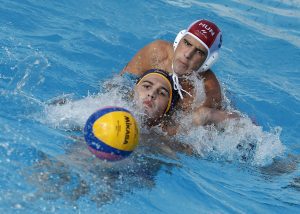 Montenegro’s defense, commanded by Isljamovic, worked well for most of the fourth quarter. The offensive play was on a high level, too. By the middle of the final quarter, the Montenegrins built an 8:6 lead. Still, Hungary could come back. A minute and a half before the end, Molnar found the net for 7:8. Montenegro lost the ball in its last possession, with 26 seconds remaining on the clock. After that, Hungary’s goalkeeper Brendon Gyapjas joined his teammates in Montenegro’s half of the field. He took responsibility two seconds before the end and scored an equalizer. The ball deflected after a Montenegrin player tried to block the shot.

Yesterday, the Montenegrins lost to Italy in the semifinal game after a shootout. Today, they had stronger nerves in a penalty drama. Isljamovic saved shots by brothers Vendel and Vince Vigvari. Only one Montenegrin player failed to score – Hungary’s goalkeeper Korom, who replaced Gyapjas, blocked a shot from captain Perkovic. 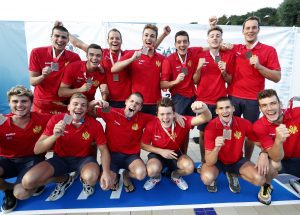 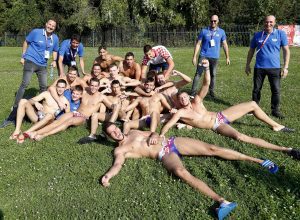 Croatia recorded seven wins and suffered only one loss in Prague. Still, it was enough only for 5th place because that defeat came in the crucial stage of the tournament -in the quarterfinals against Serbia.

Two years ago, Croatia won 4th and Spain 5th place. So, each team made a step back. 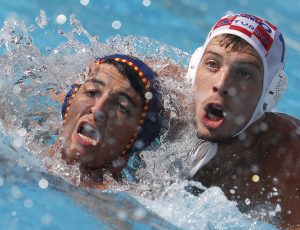 Marko Zuvela, the MVP of the match (R)

The match started with a quick exchange of goals – 1:1. But, it didn’t take long until the Croats began dominating. They jumped to a 6:1 lead (7th minute). From that point on, the distance between the sides was never smaller than four goals. Casabella closed the first period (2:6). In the middle of the second quarter, the Croats regained a 5-goal advantage (7:2). At halftime, they had an 8:4 lead. Croatia controlled the match and maintained the difference in the second half. Marko Zuvela was voted the MVP of the match. He was the best player in yesterday’s game against Greece, too.

After two gold medals at the World Junior Championships in a row, Greece finished in 8th place. The Americans repeated the result achieved in Kuwait in 2019 when they were 7th.

Greece opened the match well and earned a 6:3 lead. The USA opened the second period with three straight goals and equalized (6:6). Kordreras put Greece in front – 7:6 (13th minute). However, the USA, led by Nicholas Tierney, the man of the match, answered with five goals in a row for an 11:6 lead. 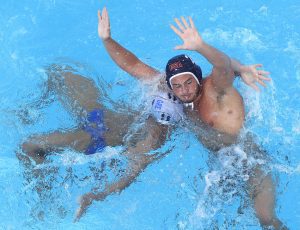 Still, the match had a thrilling finish. Greece didn’t surrender. It started coming back and cut the deficit (11:12) with 39 seconds to go. Twenty seconds later, while the teams were battling for a ball in the middle of the field, Greece’s coach called a time out. After a VAR review, which lasted several minutes, the officials decided that it was an illegal timeout because it was called while the ball was in the USA’s possession. The referees awarded a penalty for the USA. Tierney hit the post from the 5m line, but his team kept the win. 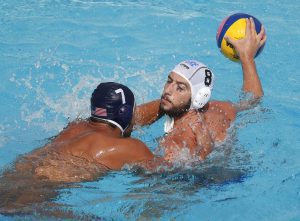