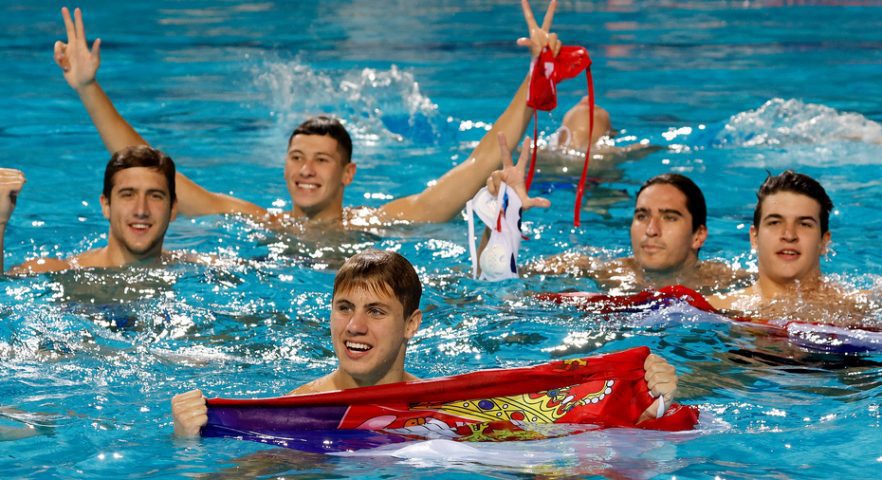 From April to September, seven FINA and LEN tournaments for male national teams were held across Europe.

The busy season started with the Final Eight of the European Qualifications for the World League in Podgorica (April 28 – 30) and ended in the same city. The European U19 Championships finished in the capital of Montenegro yesterday. Both tournaments were held in the Sports centre “Moraca”. In April, the teams played in the indoor pool. The juniors battled for medals in the outdoor pool.

In April, Serbia won the gold medal. The same story was repeated at the U19 Europeans. The Serbs clinched the title.

Gold in the European qualifications for the World League was an encouragement for a new, rejuvenated team of the Olympic champions. Still, the Serbian senior team didn’t have a successful summer.

But this isn’t an article about the senior teams. Today, we write about new generations.

The boys who are the future of Serbian water polo kept the country of the Olympic champions in a circle of medal winners this year.

Three junior, youth, and cadet championships were held this summer. Serbia won a medal at each of the three tournaments – gold, silver and bronze. Three medals in three colors

The series of age group competitions started in Belgrade with the World U18 Championships. Serbia was one of the favorites for the title. The Serbs reached the podium, but they didn’t finish on the highest step. They won silver. Hungary beat them in the final, which was decided in a penalty shootout.

Then came the first-ever World U16 Championships, held in Volos. Serbia won the bronze medal.

The crown of the great summer is the title at the European U19 Championships in Podgorica.

Silver in Belgrade – overture for gold in Podgorica

As usual, Serbia, one of the “Big Seven,” was among the medal contenders in Podgorica. However, the Serbs weren’t the heavy favorites, primarily because they were one of the youngest teams at the tournament. Head coach of the U18 and U19 teams, Uros Stevanovic, decided to play with almost the same team both in Belgrade and Podgorica. Only three players who represented Serbia at the European U19 Championships are older than 18. Captain Vasilije Martinovic was a big reinforcement to the team that won silver in Belgrade. He was voted the MVP of the tournament in Podgorica. Besides Martinovic, Baucalo and Krstic were born in 2003. Other 12 players are younger. 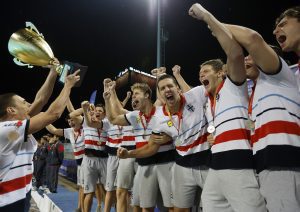 Serbia, gold in Podgorica All photos by Laszlo Balogh/Total Waterpolo

One year isn’t a small difference in junior and youth competitions. Because of that, the roles of the favorites for the title belonged to the teams that were mostly composed of 19-year-old boys – Hungary, Spain, Croatia, Montenegro, Greece etc.

It isn’t fair to say that Serbia surprised the opponents in Podgorica, but the title wasn’t something that was expected. However, the Serbs deserved gold. They beat four favorites on their very difficult way to the title, and tiny details were decisive in each of the four games. The Serbs beat Greece 13:12 in the group stage and secured a spot in the quarterfinals. They faced Italy in the quarters. The match was decided in a penalty shootout (12:11). An encounter between Serbia and Hungary in the semifinals was one of the best and most exciting games in the tournament. Serbia won again after the shootout (18:17).

The final, Serbia -Spain, was a thrilling and even contest. One goal decided the winner again, but there was no penalty drama in the gold-medal match. Serbia celebrated a 9:8 win in the regular time.

The medals in Belgrade and Podgorica continue the series of successes that this generation of Serbian water polo started last year. Serbia won the trophy at the 2021 European U17 Championships, guided by head coach Milos Korolija (who coached the U16 team this summer).

As for Uros Stevanovic, he marked the post-Covid era in junior and youth water polo, too. He was the head coach of the Serbian team, which won the gold medal at the 2021 World U20 Championships in Prague. 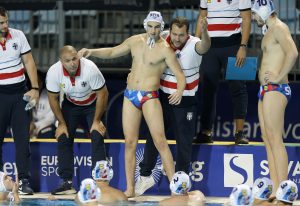 Some of the golden boys from Malta and Podgorica will certainly have much to say in the following years in the senior national team, Maybe already at the Paris Olympics…

Double world champion Hungary is No. 1

Serbia, as the freshly crowned European U19 champion, is in focus right now.

But what about other countries?

Congratulations to Serbia, but the Hungarians have been slightly better than Serbia in big competitions for the cadet, youth, and junior teams. Hungary is the most successful nation in the age group competitions this year. We already wrote that August was a month marked by new generations of Hungarian water polo. In a span of eight days, the Hungarians won gold medals at the World U18 Championships in Belgrade and the World U16 Championships in Volos. 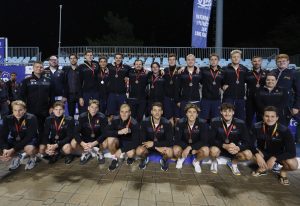 Hungary had a chance to accomplish a “hat trick”, and win three golds at three competitions. Many considered Hungary the biggest favorite for the title in Podgorica because it had many players who had a lot of experience playing in the strong Hungarian League and in LEN clubs’ competitions. But, Serbia was a too high hurdle for Hungary in Podgorica. However, the Hungarians didn’t return home empty-handed. They won bronze, displaying an excellent defensive play in the second half of the bronze-medal match against Greece.

Hungarian water polo fans can be more than satisfied with two golds and one bronze. 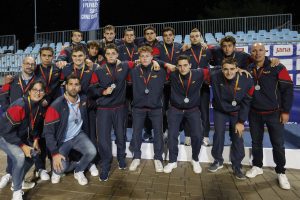 But, the Spanish teenagers are in the shadow of the senior team, which won gold at the World Championships and two bronzes (World League and European Championships) in 2022. Spain won five of the possible six medals this summer. Really rare achievement. So, counting senior and age group competitions, Spain left the strongest mark in the world of water polo this summer. Nothing can be compared with the title of the senior world champion, but other medals are also significant results.

Only four nations won medals at the major age group tournaments this year.

Besides Serbia, Hungary and Spain, Greece managed to reach the podium, finishing 2nd at the World U16 Championships. The Greeks were 4th in Podgorica and 7th in Belgrade. These results prove that Greece continue to work well with young players. 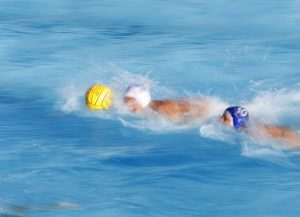 This year, like in many previous, all medals were won by the teams which belong to the „Big Seven“ (Hungary, Serbia, Croatia, Montenegro, Italy, Spain, Greece). However, a good thing for the global development of water polo is that the gap between the favorites and the teams that aren’t title contenders is smaller than before. The Netherlands was very close to winning bronze at the World U18 Championships. Fourth place in Belgrade has boosted the Dutch’s hopes for a bright future for their water polo. But don’t forget, the Netherlands caused headaches to the favorites at the senior European Championships in Split. So something has already changed in the Netherlands.

As for the other teams from the „Big Seven“ group, Montenegro won 4th place in Volos, while it didn’t achieve the goals at the Belgrade tournament (8th place) and, especially, in Podgorica (7th place). Croatia and Italy, which were successful in the senior championships, didn’t play in the semifinals, but they were close to the top. Croatia won 5th place in Belgrade and Podgorica, beating Italy in the 5th-place matches of both competitions. Italy took 5th and Croatia 7th place in Volos.

Non-Europeans didn’t reach the quarterfinals either in Belgrade or in Volos. The senior team of the USA was quite successful in 2022 (silver in the World League and 6th place in Budapest). The USA’s junior and youth teams finished 9th in their respective competitions. Maybe a lack of big tournaments due to the coronavirus pandemic resulted in a bigger gap between the non-European teams and European nations than was before.

Hungary and Serbia faced off in the crucial matches at all three championships for young players in 2022. And each of the three matches ended with no winner in the regular time, so big battles continued in penalty shootouts. The Hungarians won twice, the Serbs once

Semifinalists at major competitions for male national teams in 2022

More articles about the World U16 Championships