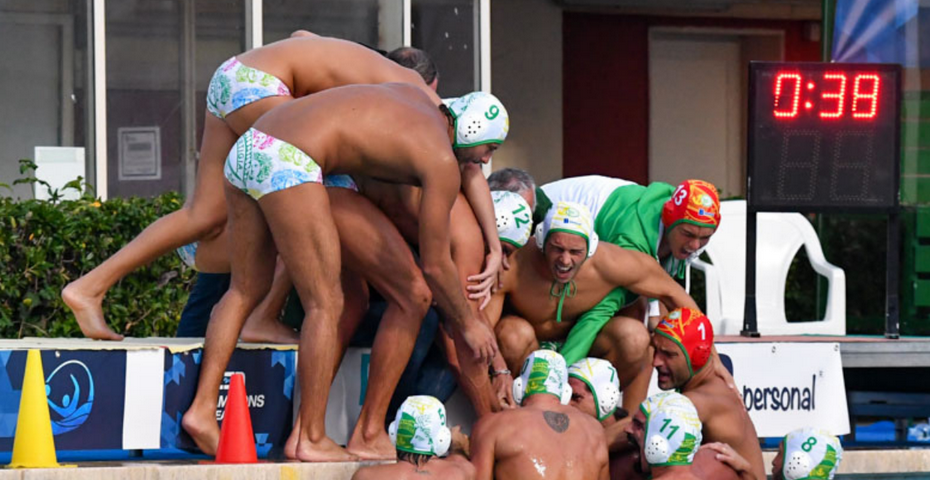 Ortigia is the 1st club that secured its spot in one of the two final matches of the Champions League Qualifications. The Sicilians cemented 1st place in Subgroup A1 in their pool in Syracuse. On Sunday, Ortigia will battle against Mladost or Szolnok in the final of Group A. The winner will advance to the Champions League.

Ortigia defeated Barcelona in a low-scoring derby of the Subgroup A1 – 5:3 and built an unattainable advantage ahead of the rivals.

None of the teams still hasn’t qualified for the final in Group B in Budapest. Tomorrow’s encounters OSC –Radnicki and Brescia – Vouliagmeni will be decisive for the top positions in the subgroups.

OSC suffered a loss to Terrassa in the big match of the day in Group B (15:16), but the home team is still in the race for the Champions League ticket. OSC has to beat Radnicki on Saturday to reach first place in Subgroup B1. The Serbs will remain atop if they don’t lose tomorrow. After four rounds, they have a point more than OSC.

Ortigia defeated Barcelona in a defensive battle to secure 1st place in the subgroup one round before the end. The man-down defense was a decisive factor in this match. Barcelona has 12 chances to score with an extra player, but the Spaniards converted just one man-up. On the other side, Ortigia had a slightly better percentage of the man-up conversion (3/9). It turned out that extra-man goals made a difference in the end. Ortigia was ahead for most of the time. Early in the second period, the hosts built a two-goal lead for the first time (3:1). In the middle of the third quarter, they stretched the margin to three when Napolitano converted a man-up for 5:2. Barceloneta put maximum effort into the comeback, but with no success. The hosts’ goalkeeper Stefano Tempesti was excellent. The Spaniards scored 3rd goal when it was too late – 41 seconds before the end.

Primorac produced a big comeback to beat Steaua and earn first points at the tournament. The Romanians led 5:3 three minutes before the middle break. But, Primorac started climbing back and equalized in the 21st minute (6:6). Still, Steaua entered the final quarter with a minimal advantage (7:6). However, Primorac dominated the last period for an 11:8 victory. Steaua didn’t manage to win a single point and it will finish the tournament in 8th place.  After Ydriakos’ withdrawal, the match for the 7th place won’t be played. The 4th-placed team in Subgroup A1 will be ranked as 7th overall, while the team finishing fifth (Steaua) will take 8th place in the final standings.

Pays d’Aix fought bravely, but the French team didn’t surprise Szolnok, which is one of the contenders for the Champions League tickets. Deep into the first period, Szolnok had a 3:1 advantage. But, in the middle of the second quarter, Pays d’Aix led 4:3. Then, Szolnok tightened its defense, and, led by Filip Filipovic, responded in the same way – with a 3-goal series to earn a new 2-goal lead (6:4). But, the French didn’t give in. They caught the Hungarians in the 24th minute (7:7). Szolnok regained a lead early in the fourth (8:7), but the French leveled the score once more (8:8). Midway through the fourth quarter, Szolnok scored two action goals within 40 seconds for 10:8 and kept the distance until the end.

Tomorrow, Szolnok and Mladost will play in the match that will decide the group winner. Mladost needs a point to secure 1st place because it has a better goal difference.

After two convincing defeats (to Sintez 10:17 and Radnicki 3:18) on the 2nd competition day, Terrassa found its rhythm. The Spaniards defeated the strongest favorite in this subgroup OSC. But, it should be mentioned that a few of OSC’s key players missed the match. For example, the best scorer Krisztian Manhercz was on the team today, but he didn’t play. Balazs Harai wasn’t on the roster. Obviously, OSC’s coach Daniel Varga wanted to relax some of his key players before the decisive match against Radnicki.

This win won’t help the Spaniards much, because they don’t have chances to reach the Champions League.

OSC led 2:1 and 3:2. Terrassa took control after the first break and early in the second period went ahead for the first time (6:4). OSC was climbing back from time to time, but the hosts didn’t manage to take the lead. They equalized several times (6:6, 7:7, 8:8, 9:9). However, Terrassa built a 3-goal advantage late in the third period (12:9). OSC was able to come back once more. Salamon converted a man-up and leveled the score (12:12) in the second minute of the fourth period. Still, Terrassa didn’t let the home team go further and scored three consecutive goals for a 15:12 lead. The thriller wasn’t over yet, because OSC cut the deficit to one (14:15) two minutes before the end.. After a few missed chances on both sides of the pool, Terrassa’s Rodriguez hit the back of the net for 16:14 with 48 seconds to go. In the last second, Toth scored a consolation goal for OSC.

Even nine players of Terrassa found the net in this flood of goals. OSC’s Balazs Erdelyi was the top scorer (4 goals).

Sintez broke Tourcoing in the middle of the game. At the beginning of the third quarter, the Russians earned a 5-goal lead for the first time (7:2) and controlled the match until the end.

The fourth competition day was closed by an encounter between Oradea and Vouliagmeni. Oradea played better than yesterday when they suffered a 1:18 loss to Brescia. But, Vouliagmeni had no problems beating the Romanian team, which came to Budapest without the head coach and several players who haven’t recovered from coronavirus.