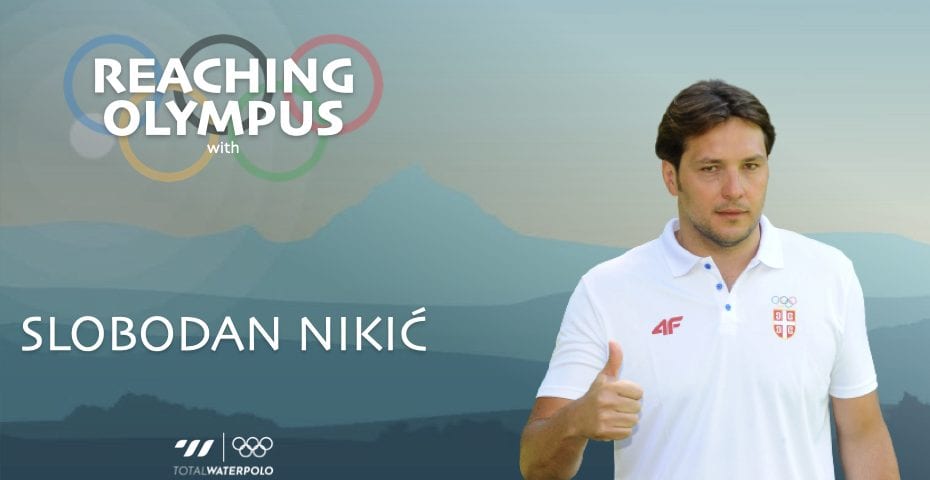 Nikic, one of the most decorated water polo players in history, won 29 medals as a member of the national teams of Serbia and Serbia and Montenegro, including 21 golds. He is the most successful male water polo player in the history of FINA World Championships. He is the only one who became the World Champion three times (2005, 2009, 2015). As for the Olympic Games, Nikic collected three medals in his treasury – gold (2016), silver (2004), bronze (2012).

Are the final preparations for the Olympic tournament in any way different from those for other competitions?

“The preparations for the Olympic tournament don’t differ much from the preparations for the World or European Championships. Differences depend on coaches. But mental preparations are much more different than for the other tournaments. In the Olympic years, players start thinking of the Games before the end of the clubs’ competitions. You start focusing on the Olympics much earlier than usual. Tensions are higher. You have to be very cautious to avoid an injury, more than usual, because you are preparing for an event that are you waiting for, at least, four years.”

Nikic’s Olympic career began with the silver medal won in Athens 2004. He missed the 2008 Olympics due to an injury. In London 2012, he won the bronze medal. He became the Olympic champion in Rio in 2016, and after that, he retired from the national team.

“I made my Olympics debut at the age of 21. I was among the youngest on Serbia and Montenegro’s roster in Athens. The fact that I played with great aces, who were my role models, made my dreams come true. I was proud, but also really cautious not to make mistakes, to prove that I deserved a place on the team. Serbia and Montenegro was a strong favorite, but we lost to Hungary in the final, despite the fact that we entered the final quarter with a 2-goal lead. That defeat was very hard for all of my teammates. I felt the same. I have spoken with many Hungarians about that final, especially in the last few years since I have been living in Hungary. They are all proud of that gold and consider that title as one of the biggest achievements of the great Hungarian team. They admit that Serbia and Montenegro had more outstanding and better individuals, but Hungary played better as a team.

I missed the Beijing Olympics because of an injury I suffered two days before the Games. My case proves that nothing in sport happens by chance. I played at the Athens Olympics because Boris Zlokovic got injured, and I replaced him. Four years later, I had bad luck. That was some kind of compensation.

In London 2012, Serbia had a team that was able to play in the final game. But, we didn’t learn from our mistakes. Italy defeated us in the semifinals because we repeated mistakes we made a year before in the final of the World Championships. In the end, we won the bronze, after a hard bronze-medal match against Montenegro, but the Games left a bitter taste because we had a quality for the final.”

Nikic’s successful Olympic journey ended in Rio de Janeiro. Serbia was under great pressure before the Olympics, since it was a big favorite.

“We were the World, European, World League champions. We were heavy favorites. Public, media, fans, rivals expected a lot of us. Still, we did not feel the pressure imposed by others. One of the characteristics of that, but also the current generation of the Serbian national team is that we have always put the greatest pressure on ourselves. We have known what we were capable of, we have known quality, we have always set big goals. So, nobody has ever put additional pressure on us.

We didn’t start well. In the group stage, Hungary “gifted” us a draw. We struggled to win a point in the match with Greece, Brazil beat Serbia. We advanced to the quarterfinals from 4th place in the group, after hard wins over Australia and Japan.”

In the knockout stage, Serbia showed its best performances and won the gold. What happened between the group stage and the quarterfinals?

“Although we played far from our abilities, we kept the team spirit, which was one of the main features of the team, and I believe that Serbia is keeping that trait even now. We never blamed each other after defeats. We didn’t try to find a culprit. We all took responsibility for failures. But, on the other side, we never lost motivation even when the things didn’t go well. That is one of the things that a great team needs to become an Olympic winner. After a terrible performance in the group stage, our captain Zivko Gocic held a few meetings with all the players. We discussed mistakes, and they were very important for us to get back on the right track and show why we came to Rio.” 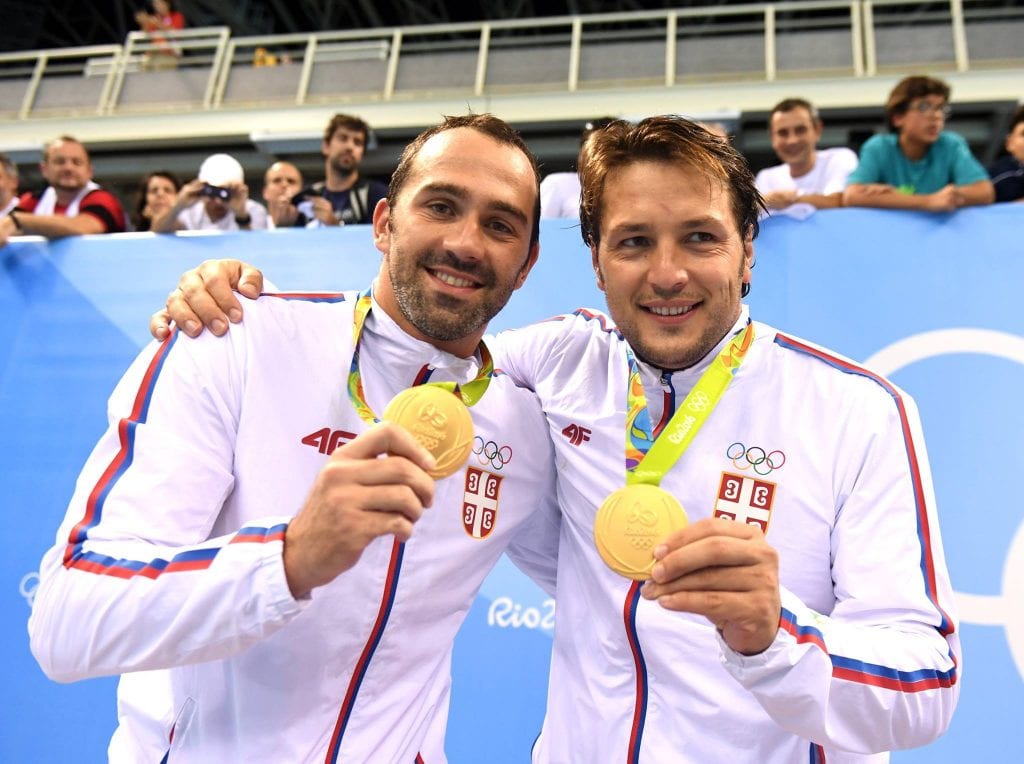 One anecdote describes that team spirit and mutual trust and respect between the players.

“After the loss to Brazil, we were in a very bad situation. We arrived in Rio to win the gold. However, at that moment, our spot in the quarterfinals was in danger. We were in a bad mood. That evening, we dined at a Brazilian restaurant. We had to pass through the kitchen before entering the restaurant. I saw a pile of potatoes. I grabbed one potato, I don’t know why. I gave the potato to Dusan Mandic, and told him “Keep this potato, if you keep it until the end of the Games we will win the title”. I took the potato accidentally, but I gave it to Mandic for a reason. He didn’t play well in the group stage, and his goals and good performances were something we needed to find our rhythm. I tried to do something to motivate him.”

The potato „pushed“ the team and Mandic to the right way. He played very well in the quarters, semifinals, and the final. Mandic was the best scorer of the knockout round.

“I forgot that potato. And, after the final, when we celebrated the title, all were at the seventh heaven. Mandic came to me, showed me the potato and told : „Here it is, I kept the potato, we won the gold!“ That anecdote is something that explains our team spirit which is necessary for success. By the way, Mandic kept that potato for a few years in a flowerpot.”

Can you describe the feeling when you realized you won the Olympic Games?

“I was lucky to become the Olympic champion at the end of my career in the national team, as a mature player. I had a lot of experience and knowledge of what Olympic gold means. That piece of metal places a great responsibility because you become a role model for many young athletes. It is difficult to become a champion, but when you achieve that goal, you must continue to act like a champion.

I went to Rio under special pressure because I knew that it would be my last competition for the national team. I won many medals, but the most important was still missing. I don’t know how I would have slept, if I hadn’t won the Olympic gold. I played for a great team for years, we were targeting that gold many times. All the medals I won before Rio wouldn’t worth so much if I had finished my career without the Olympic gold. Everything ended in the best possible way. I played very well at the tournament in Rio. I won the most valuable medal in my last game for the national team. I couldn’t be happier and more relaxed after the final.”

A big difference between the Olympic Games and other competitions is the atmosphere outside the sports fields.

“At the Olympic Games, all athletes from the same country live like a family. The successes and failures of one national team or athlete affect everyone. We encourage each other, celebrate wins together, and share sorrow after failures. That’s something that an athlete can’t feel at other tournaments. In Rio 2016, most of the Serbian athletes, favorites, including the water polo team, recorded poor results in the first half of the Games. But we didn’t lose hope, each good result achieved by a Serbian athlete or team motivated the others. One gold, the first medal for Serbia in Rio won by wrestler Stefanek, inspired all others, and we finished the Olympics with eight medals.”

Which teams are among favorites in Tokyo?

“Five years ago, Serbia arrived in Rio de Janeiro as the reigning World, European, World League champion. We won a gold medal at each competition between 2014 and 2016. It was normal that we were the favorites. This year, the situation is different. Four teams won gold medals at the major competitions in the past two years. Italy is the World Champion, Hungary won the European gold, Serbia was the best in the 2019 World League, while Montenegro clinched the gold in the 2021 World League. Each of these teams is among the candidates for the gold, but the list of the favorites is longer. Italy and Spain have a specifying style of playing, a very speed water polo. Montenegro has been growing year after year, they are playing with their heart. Croatia, with excellent center-forwards, is also a medal contender. I expect an interesting and exciting tournament.”