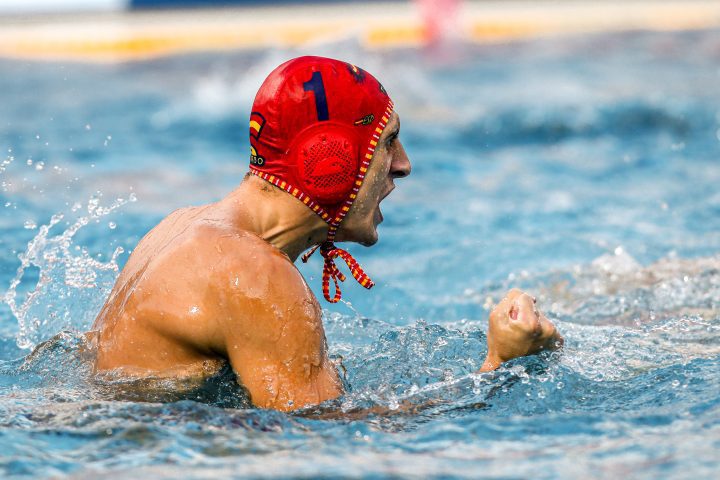 For the second consecutive time, Spain and Italy will play in the final of the Men’s World Water Polo Championships.

Spain, the silver medalist in Gwangju 2019, defeated Croatia (10:5) in the second semifinal of the 19th World Championships in Budapest and joined Italy, which qualified for the gold-medal match a few hours earlier.

Spain was almost always in front and controlled the game. Still, Croatia, which had only 12 players (Buric’s 3-match suspension expired after the semifinals), was in the game until the middle of the fourth period. Three and a half minutes before the end, Spain gained a 9:5 lead and that was the end of the contest. In the remaining time, the Spaniards added another goal

Italy and Spain will battle for the gold medal on Sunday at 20:00 CET. The bronze-medal match, Greece-Croatia begins at 14:30.
Both games will be replays of the encounters played in the group stage of the 19th World Championships. Greece and Croatia shared the points (8:8), while Spain defeated Italy (14:12).

Three years ago, Italy defeated Spain in the final in Gwangju quite convincingly – 10:5.

Spain took an opening 1:0 and 2:1 lead. In the 7th minute, Konstantin Kharkov put the Croats in front with a goal from a counter-attack (3:2), but Blai Mallarach closed the first quarter with a power-play goal – 3:3.

Both teams played quite well in defense in the second period, but they hadn’t many good ideas in the attack. There were a lot of misses and lost balls at both ends of the pool. Croatia failed to convert four man-ups. But, Spain, which had three attacks with an extra man in this period, scored two power-play goals (Granados scored both in the early stage of the quarter), earned a 5:3 lead, and kept that advantage until the middle break.

Croatia made more chances in the third period but couldn’t find the net. Spain’s young goalkeeper Unai Aguirre, who was outstanding today, posted several nice saves. He even stopped one of Croatia’s counter-attacks. In the 21st minute, Sanahuja scored the first goal in the third, firing the ball from a distance to give Spain a 3-goal lead for the first time (6:3). Bukic responded immediately to end Croatia’s goalless phase that lasted more than 14 minutes. Shortly after, Sanahuja made it 7:4, but Basic kept Croatia’s hopes alive, scoring for 5:7 with 30 seconds left on the clock in the third quarter. 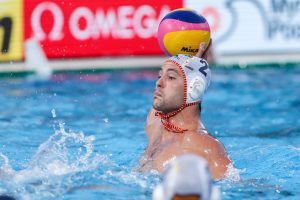 Croatia head coach Ivica Tucak tried to change the rhythm of the game by switching the goalkeepers (after Spain’s 7th goal, Popadic was replaced by Bijac). Still, Spain continued controlling the game. Alvaro Granados opened the fourth quarter with an action goal for 8:5 (25th minute). In the following few minutes, defenses worked well.

Everything was practically decided in the 29th minute when Mallarach scored from a 6 on 5 to stretch the margin to four (9:5). In the next possession, Kharkov had his shot blocked. At the other end of the pool, Granados scored his fourth goal of the evening. Spain had a 10:5 lead with 02:38 minutes to go and it was clear that it was the end of the contest.